The “leader” of the separatist Moldovan region of Transnistria, Evgheni Shevchuk, met with Russia Deputy Prime Minister Dmitry Rogozin, in Moscow, on April 14. No official press statement followed, other than a few lines by Rogozin’s assistant on social media. Reportedly, Rogozin called upon the would-be candidates in Transnistria’s upcoming “presidential” race—presumably Evgheni Shevchuk and “parliamentary speaker” Vadim Krasnoselski—to avoid destabilizing the political situation and to seek mutual dialogue (Regnum, April 15). The call to order was clearly a result of the rising political infighting in Transnistria.

The two opposing political camps in Transnistria, that of incumbent “president Shevchuk and the informal opposition leader Krasnoselski, are in full combat mode, even if the presidential elections are still eight months away. Krasnoselski’s camp has gone on the offensive. In particular, the newly elected chairwoman of the opposition Obnovlenie (Renewal) party, Galina Antiufeeva (spouse of Vladimir Antiufeev, the so-called “deputy prime minister” of the Moscow-backed separatist “Donetsk People’s Republic” and a former long-time head of Transnistria’s “Ministry of State Security”), publicly accused “President” Shevchuk of embezzling $100 million via off-shore companies that serve as intermediaries for Transnistrian exports (Newsmaker.md, April 12). Most accusations levied against Shevchuk refer to Energokapital, a largely unknown company that was created just over a year ago, but which has already become the second-largest taxpayer in the Transnistrian region, after Sheriff Holding, and the region’s number one exporter. Energokapital accounts for about 40 percent of Transnistrian exports and is the main source of foreign currency for the secessionist quasi-statelet, which is struggling to maintain the stability of the local ruble (Pridnestrovye, April 6). Shevchuk denies any wrongdoing. And in an apparent PR move, he ordered local law enforcement to investigate the mounting allegations (Novostipmr, April 16).

Energokapital is a premier subject of political attacks against Shevchuk because it has indeed skyrocketed to become a major economic player in the region. The company provides Transnistria’s Kuchurgan Power Plant with Russian natural gas and sells the electricity it produces to the Moldovan state-owned company Energocom, which in turn sells it to Moldovan distributors. On the one hand, Moldova’s cooperation with Energokapital was fostered by shortages on Ukraine’s internal market and the latter country’s unstable export capacity following developments in Crimea and Donbas. But additionally, it was brought about by a better price deal offered by Energokapital (News Finance, January 20). As only 20 percent of Moldova’s electricity needs are generated on the territory controlled by the government in Chisinau, the country ended up gradually covering the remaining 80 percent of its electricity needs from a single source—the Russian-owned Kuchurgan Power Plant, located in Dnestrovsc, Transnistria. The plant was privatized in 2003 for a mere $29 million. Since 2005, it has been controlled by Inter RAO, a subsidiary of the Russian monopolist Unified Energy System (RAO UES) (Investigatii.md, July 25, 2007). The privatization of this strategic asset was carried out without Moldova’s consent and, therefore, remains legally questionable.

However, if the initial deal with Kuchurgan was justified in the context of Ukrainian energy export shortfalls, the extension of the contract in March 2016 was somewhat controversial. By that time, Ukrainian producers were ready and willing to regain a share of the Moldovan electricity market (News Finance, January 20). Yet, Moldova’s Ministry of Economy, which controls Energocom, decided in favor of Energokapital, which offered a 28 percent discount, effectively dumping Ukrainian producers and raising questions about Energokapital’s previous profit margins (Infotag, March 3). Some local analysts suggested that this price was still too high, as the gas that is used to produce electricity is not paid back to Gazprom, but rather accumulates as debt for Moldovagaz (itself owned by Gazprom, Transnistrian authorities and a blocking minority share controlled by the Moldovan government). Many voices in the media have speculated about Energokapital being a cash cow for both Transnistrian and Moldovan elites: “President” Evgheni Shevchuk as well as the gray eminence of Moldova’s ruling coalition, businessman Vladimir Plahotniuc (Newsmaker.md, March 21).

As pointed out by an opposition parliamentarian in Chisinau, Socialist Bogdan Tirdea, Energokapital was granted a license by Moldovan authorities in record time, in October 2014. The lawmaker also wondered how was it possible for Energokapital’s price offer to be 10 percent lower than if Moldova were to buy directly from the producer, Kuchurgan Power Plant. During the same hearing in parliament, Moldova’s Deputy Economy Minister Valeriu Triboi assured lawmakers that everything was done in accordance with the law and that cooperation with Energokapital benefitted Moldovan consumers. In fact, according to Triboi, the Moldovan government even plans to build the infrastructure needed for the Russian-owned Kuchurgan Power Plant to be able to export electricity to the European Union (Parlament.md, July 2, 2015).

Several explanations exist for this fruitful partnership. A largely positive economic argument is that Energokapital simply offered Moldova the most competitive price for its electricity. A more vague humanitarian argument states that the Moldovan government is consciously helping the Transnistrian economy to stay afloat during this difficult time. Finally, a largely negative explanation argues that the intermediary Energokapital is a classic shell company, used to siphon off profits to off-shore accounts belonging to Transnistrian and Moldovan elites (Protv.md, July 15, 2015; Ziarulnational.md, July 22, 2015). As the Moldovan leadership looks to reset relations with Russia, the deal could also be explained, in part, as a gesture of good will, if not a response to Russian pressure.

At the end of the day, Moldova’s total reliance on Russian gas and oil is further exacerbated by the country’s dependence on a single Russian-owned electricity producer located in Transnistria. Not only does it increase the country’s vulnerability, but it also needlessly damages Moldova’s partnership with neighboring Ukraine. Ironically, this “generosity” on the part of Moldova’s government does not stop Transnistrian authorities from accusing Chisinau of “unilateral pressure and strangling the Transnistrian economy” (Novostipmr, April 16). Ultimately, the deal was also politically expedient, as it allowed Moldova’s new government to boost its popularity by decreasing electricity bills for consumers by 10 percent after a 37 percent increase passed last November (Hotnews.md, April 1). This hike in energy prices prompted then–prime minister Valeriu Strelet to order the National Anti-Corruption Center to investigate the deal with Energokapital (Europa Libera, October 8, 2015). Strelet was later ousted from office. Needless to say, the investigation produced no meaningful results. 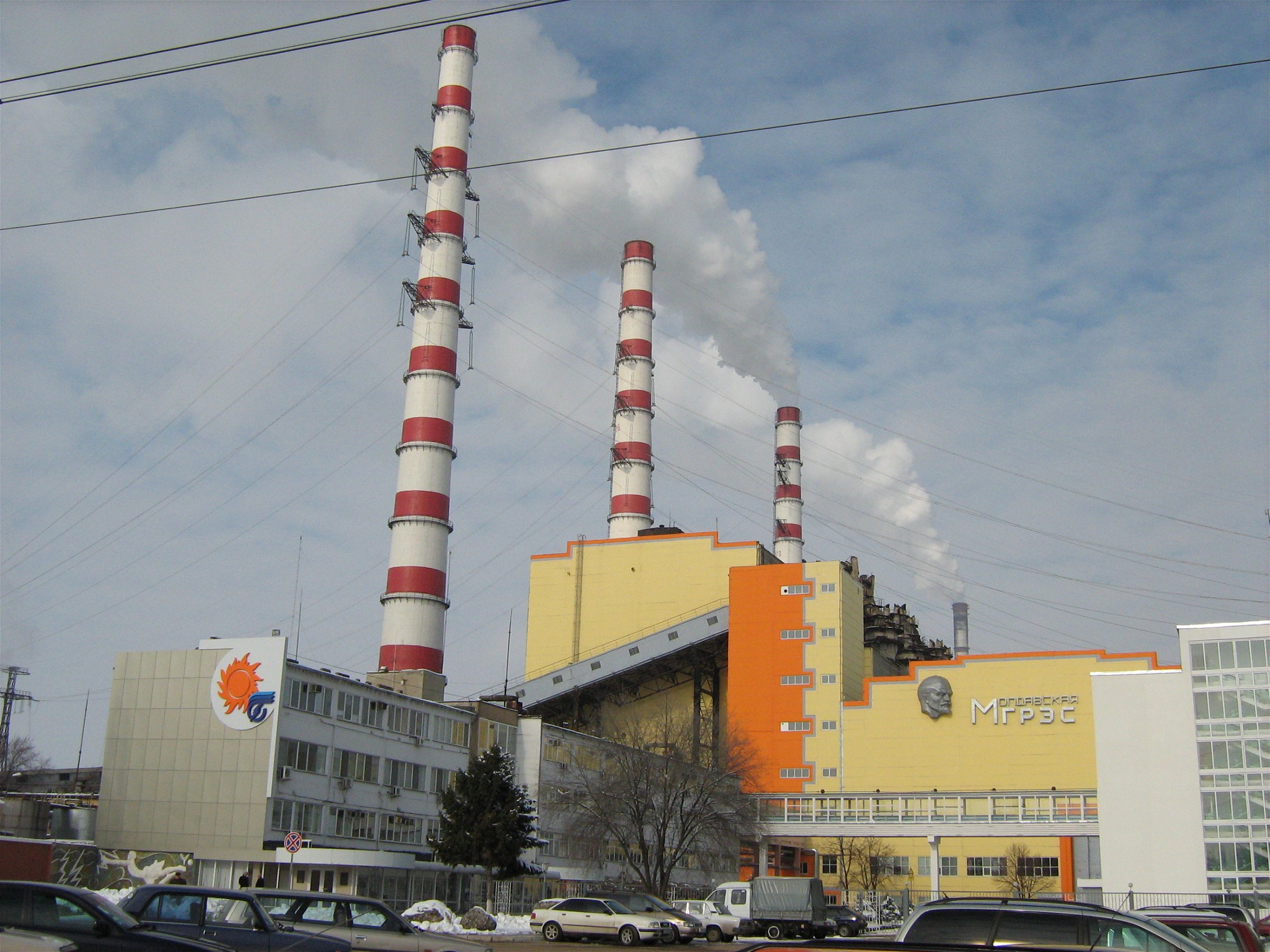 Back
Murder of Chechen in Turkey Just Latest ..Next
Ingush Authorities Offer Rosy Picture of..