According to open media sources, over the past five years, five representatives of the Chechen Republic of Ichkeria and the Caucasus Emirate have been killed in Turkey. All five were actively involved in the ongoing armed conflict in the North Caucasus (Kavkazsky Uzel, April 15). After one recent such assassination, the Turkish authorities detained an ethnic Chechen from Georgia’s Pankisi, Temur Makhauri. The Turkish authorities suspected Makhauri of ties to Russia’s Federal Security Service (FSB) and involvement in the assassination of a high-profile representative of the Caucasus Emirate in Turkey, Ali Osaev, who was killed on February 26, 2009 (Lenta.ru, February 19, 2014).

The Turkish security services arrested two Russians, 52-year-old Yuri Anisimov and 55-year-old Aleksandr Smirnov, in Istanbul. The authorities suspect the two arrested Russian men of killing a Chechen, Abdulvakhid Edilgeriev, in Turkey, on November 1, 2015. Edilgeriev was mostly known for his role as the administrator of the website of the North Caucasian militants, Kavkazcenter. Edilgeriev was married to Movladi Udugov’s niece, which was the primary reason for the widespread media coverage of his killing in Turkey. The authorities arrested the suspects on April 8, but the media reported their arrest only five days later, which was probably not an accident. Against the backdrop of the strained relations between Russia and Turkey, the Turkish security services most likely organized the leak of information about the arrest (Informnapalm.org, April 13).

Russian authorities quickly responded to the arrests in Turkey. According to the Russian side, Aleksandr Smirnov is actually Valid Lurakhmaev, who is not a spy but a Chechen criminal wanted by the Russian authorities in connection to a series of murders. The newspaper Novaya Gazeta reported that Lurakhmaev had ties to high-profile officials in Russia (Novaya Gazeta, July 9, 2012). Thus, Russia immediately sought to portray Lurakhmaev as an ordinary criminal rather than a possible spy. At the same time, the Russian consul general in Istanbul showed an unusually high interest in the suspects, having met them the same day the Turkish authorities made their arrest public. Moreover, the Russian consul general was present at the preliminary court hearing the day after he visited them, and reported that the suspects pleaded not guilty and refused to answer the investigators’ questions (RIA Novosti, April 15). Meanwhile, Turkish media are convinced that the suspects have provided evidence of their spying activities to the Turkish authorities (Hurriyet Daily News, April 13).

Chechen immigrants do not feel safe in Turkey. The Russian security services closely watch local activists who represent the North Caucasus armed Islamic underground movement in Turkey. Many militants who fought in Chechnya and went for medical treatment in Turkey often remain in the country. The wives and relatives of former militants, the former leadership of Ichkeria, representatives of the Caucasus Emirate, and supporters of the virtual caliphate all ended up in Turkey. Today’s Chechen community in Turkey is made up of several thousand people who are divided into multiple factions that do not cooperate but compete with each other. A large group also exists of Chechen businessmen who engage in legitimate business activities but who distance themselves from the political refugees in Turkey. The Russian security services are interested in the processes going on inside the Chechen diaspora in Turkey. Hence, more assassinations and arrests of killers are likely to follow.

The Russian security services have killed Chechens not only in Turkey. For example, Zelimkhan Yandarbiev was killed in Qatar’s capital Doha in 2004 (Newsru.com, February 13, 2004). The police in Qatar quickly arrested the perpetrators—two officers of the Russian military’s Main Intelligence Directorate (GRU), Anatoly Yablochkov, and Vasily Pugachev. Moscow managed to convince Qatar to hand over the suspects to Russia. Then–Russian defense minister Sergei Ivanov personally met them on a red carpet at the airport, and they were immediately set free (Onkavkaz.com, April 14).

Another notorious murder of a Chechen abroad and outside Turkey took place in Austria. In January 2009, a former bodyguard of Ramzan Kadyrov, Umar Israpilov, was killed in broad daylight in Vienna (Gazeta.ru, April 26, 2010). Kadyrov’s rival Sulim Yamadaev was killed in Dubai in March 2009 (Lenta.ru, January 2012). Former FSB officer Alexander Litvinenko, who was closely connected to the Chechen issue and received political asylum in the United Kingdom, died of a lethal dose of radioactive polonium-210, in London, on November 22, 2006 (Vedomosti.ru, January 21, 2016).

Unlike the notorious killings in Qatar, Russian security services almost always use ethnic Chechens to carry out the assassinations of other Chechens, while Russian diplomats have practically always provided support to the killers (Rfi.fr, May 19, 2011). The middlemen between the killers and the Russian government are usually ethnic Chechens employed at Russian embassies. Russians use the middlemen to establish trust among members of the local Chechen diasporas. The Russians usually sacrifice the killers, while the Chechen middlemen are evacuated to Russia.

Moscow regards the existence of a Chechen diaspora abroad as a threat and wants to neutralize it or, at least make it apolitical. However, the trend is that the Chechen diaspora, especially that part of it connected to the Chechen Republic of Ichkeria, is becoming increasingly active in politics, which attracts Russian attention. This means that there will likely be new victims among Chechens who live abroad. 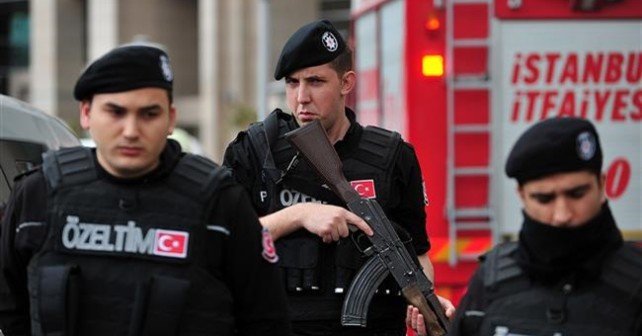 Back
Russian Jets Fly Close to US Ship and Re..Next
Are Moldovan Consumers Financing Transni..

On August 4, the Jamestown Foundation held a webinar  on... END_OF_DOCUMENT_TOKEN_TO_BE_REPLACED

Jamestown Senior Fellow Margarita Assenova was featured in an event with the New Lines Institute for Strategy and Policy on Capitol Hill. The event was... END_OF_DOCUMENT_TOKEN_TO_BE_REPLACED

The January 2020 issue features a brief on Salah Gosh, the former National Intelligence and Security Service director of Sudan who recently led a mutiny against the new government in Khartoum; a look at Abdullahi Banati, the al-Shabaab member terrorizing Kenyan security forces on the Somali border; an examination of... END_OF_DOCUMENT_TOKEN_TO_BE_REPLACED