Last week (April 12), two Russian Su-24 bombers closely overflew the guided-missile destroyer USS Donald Cook, in the Baltic Sea, in international airspace. The incident happened relatively close to the Baltiysk naval base, in the Kaliningrad enclave. Two days later, an Su-27 fighter intercepted a United States RC-135 reconnaissance jet and “buzzed” by, close to its wing, in the same region. Washington deplored these actions as dangerous and “unprofessional,” while the Russian Ministry of Defense spokesman Major General Igor Konashenkov deigned any wrongdoing, insisting the Russian jets “complied with international law,” while accusing the US of “fretting for no good reason.” The Kremlin and the Russian Ministry of Foreign Affairs declined to comment, referring journalists to Konashenkov’s statement (Interfax, April 15).

The Su-24 bombers apparently did not carry any visible ordinance, which may imply they were reconnaissance Su-24MR aircraft. A Russian Navy Ka-27 Helix helicopter was also noticed in the vicinity by US sailors. Such a concentration of assets seems to imply a preplanned special operation by the Russian military. The Russian press alleged the “buzzing” jets could have interacted with or suppressed the Donald Cook’s integrated Aegis Combat System. The Russian media further claimed the RC-135 was attempting to track down the movement of Iskander ballistic missile launchers in the Kaliningrad enclave, but its radars “went blank” as the Russian jet buzzed by, and the US spy plane “was forced to change course” (Komsomolskaya Pravda, April 19). According to the first deputy chairman of the Federation Council Defense Committee, Frants Klinstevitch, “We will continue to use force to prevent any attempt by foreigners to come close to our borders. If they blink, we will shoot them down without a second’s hesitation. We intercepted them before and will continue. Russian armed forces are defending our territory and security. There could be risk involved, but I support such action” (TASS, April 17).

This outburst of jingoism could explain why the Russian military was engaging in these seemingly senseless and highly dangerous activities. The Russian Ministry of Finance is struggling to balance the budget, gutted by the low prices of oil and Russia’s other export commodity staples. A 10 percent sequestration has been proposed. National defense spending makes up some 20 percent of Russia’s overall budget expenditure, or over 4 percent of its GDP. The defense ministry is fighting to keep its spending intact and has apparently been promised by the Kremlin that, in 2016, it will be cut by only 5 percent, while the massive rearmament program will be left intact (see EDM, March 10). But these agreements are preliminary, and the fight is just beginning. It has been decided that painful budgetary cuts will be postponed until the fall, after the coming September Duma elections. In Russia, most budgetary disbursements traditionally happen in the second half of the year, so it is technically possible to postpone the sequestration. But if oil and natural gas prices remain depressed, the eventual spending cuts may be sweeping (Ng.ru, April 18).

Harassing US ships and recon jets may provide the defense ministry with ammo to fight the finance ministry and prevent possible cuts. Heightened East-West tensions increase domestic anti-US feelings, mobilize the masses, and help them accept more hardships in the name of national defense. Of course, a sudden gust of wind or a minor piloting mistake during a future close flyby could lead to a catastrophic event with possible loss of life and costly equipment. Such a potential collision and the inevitable ensuing crisis would further boost anti-Americanism and jingoistic patriotism in Russia. In April 2001, in the so-called Hainan Island incident, a Chinese People’s Liberation Army Navy (PLAN) J-8II interceptor jet hit a US Navy EP-3E ARIES II recon aircraft over the South China Sea, after several close buzzings. The Chinese pilot was killed, and his body was never recovered. The US pilot successfully landed his injured EP-3E on an airstrip on Hainan. The Chinese released the US crew and, eventually, the partially dismantled EP-3E was flown to the US by a Russian An-124 heavy lift jet. A mighty wave of anti-Americanism and patriotism swept China (see China Brief, July 24, 2001).

The Su-24 and Su-27 jets involved in last week’s buzzing incidents are not new machines: they are now out of production and cost only a fraction of the value of the high-tech Donald Cook and RC-135. The Baltic buzzing could have been a calculated brinksmanship operation with seemingly acceptable collateral damage. Tensions in the Baltic region are high, but unlike other ongoing crisis regions where Russia is involved, like Donbas, Crimea, Karabakh and Syria, there is no actual fighting and no significant troop concentrations facing each other. So in Russia’s thinking, a possible collision incident in the Baltic Sea could result in serious collateral damage but not war, apparently.

Such calculations seem to dominate in Moscow, but they may be misleading. The strategic situation in the Baltic region is inherently much less stable than in Karabakh, Syria or Donbas/Crimea, where there is at least some semblance of a balance of forces. Meanwhile, the Baltic states—Estonia, Latvia and Lithuania—are still, in essence, a military power vacuum. The local militaries and citizen militias are no match for the Russian Armed Forces arrayed in the country’s west. Since 2014, small US contingents of several hundred soldiers with several Abrams tanks have been deployed to each Baltic state on a rotational basis, supplemented on occasion by other allied troops. These are, effectively, tripwire forces to deter Russia—implying that any possible armed action in the region could swiftly become intercontinental in nature.

If a future buzzing goes wrong, the Western tripwire force in the Baltics could become a liability. In the ensuing crisis, a handful of US soldiers would face a Russian military that could swiftly mobilize a superior force on the border. Since rapidly withdrawing the US tripwire force from the Baltic states in a time of crisis seems politically impossible, Washington and its allies would likely have no option but to race forward to reinforce them. For Moscow, the establishment of a defendable Western military bridgehead in the Baltic region would likely be unacceptable, since it would potentially put the strategic St. Petersburg and Moscow regions within reach of precision guided weapons systems based in the Baltic states. Such a situation would resemble the Cuban missile crisis of 1962, but in reverse—and basically be collateral damage in the internal fight between the Russian defense and financial ministries. 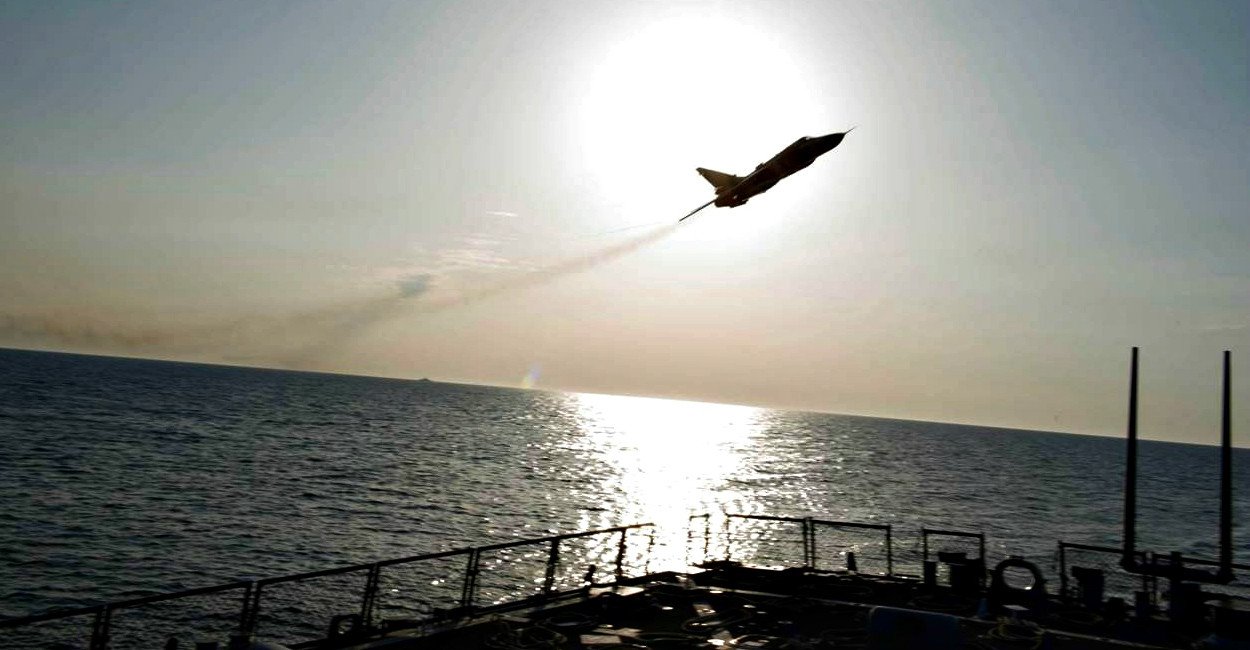 Back
Georgia Fears Resumption of Armenian-Aze..Next
Murder of Chechen in Turkey Just Latest ..

The Jamestown Foundation is pleased to present a webinar on... END_OF_DOCUMENT_TOKEN_TO_BE_REPLACED

On November 17, Jamestown Foundation Senior Fellow Olevs Nikers was interviewed by Romania-based outlet Veridica regarding, among other topics, the best possible outcome for the... END_OF_DOCUMENT_TOKEN_TO_BE_REPLACED

The March issue of Militant Leadership Monitor begins with an update on the efforts of Abu Ayman al-Iraqi, a deputy of ISIS commander Abu Bakr al-Baghdadi, in Eastern Syria. This is followed with a profile of Muhammad Ali Tambako and his expulsion as the vice-chairman of the Bangsamoro Islamic... END_OF_DOCUMENT_TOKEN_TO_BE_REPLACED