Recent months have seen conspicuously positive developments in Belarusian-Polish relations after years of political tensions. On July 20, Warsaw hosted political consultations between the foreign ministries of the two states, where the head of Polish diplomacy, Witold Waszczykowski, expressed satisfaction with the “progressing normalization of the relations” (Tut.by, July 20). According to him, “it means progress in all cooperation spheres—not just in the realm of political and parliamentary contacts.”

The Warsaw meeting was an important bilateral development in itself, as until only recently the two neighboring countries remained in a state of permanent low-key conflict, driven by numerous historical, political and ideological disagreements. At the same time, the ongoing normalization of relations seems to reflect changing regional patterns. It corresponds to the spirit of the European Union’s recent European Neighborhood Policy review, which emphasizes Brussels’ willingness to put its relations with immediate neighbors in the East on a more pragmatic and differentiated footing (Eeas.europa.eu, November 18, 2015). It also reflects the need to look for new approaches to regional cooperation amidst the unpredictable security implications of the military-political confrontation between Russia and the West.

The year 2015 saw significant events in Poland: presidential and parliamentary elections, which returned to power the conservative Law and Justice (PiS) party. The Belarusian government observed the elections in Poland with cautious optimism, even though the overall state of bilateral relations did not suggest the possibility of a breakthrough. In mid-2015, Warsaw decided to change its top envoy to Belarus. Having left Minsk, the former ambassador, Leszek Szerepka, published an extensive op-ed in which he concludes that Warsaw and President Alyasandr Lukashenka are destined to part ways eventually (Tut.by, October 8, 2015).

However, already at the beginning of 2016, Polish diplomats began talking about “considerable progress” being made in the two countries’ bilateral relations (BelTA, February 22). Poland’s new Foreign Minister Waszczykowski listed the goal he would pursue in relations with Minsk: “We want not to make deals with Lukashenka but rather to build normal European relations based on European standards” (Radiopolsha.pl, February 11). And he made it clear that no preconditions should undermine the effort.

At the end of March, Waszczykowski traveled to Minsk—the first official visit to Belarus by a Polish foreign minister in eight years. During the meeting with the Polish foreign minister, President Lukashenka stated: “we can solve any problems if there is willingness on two sides. The main thing is to determine the criteria.” He later specified: “We will protect our sovereignty and independence just like you do… We will use your example of implementing the social and economic policy in the country” (President.gov.by, March 23). He also praised Warsaw for not pushing Minsk to choose between Russia and the EU, because such a choice would automatically put the independence and stability of Belarus at risk, he argued.

According to Belarusian Foreign Minister Uladzimir Makei, during Waszczykowski’s visit they agreed on “a specified cooperation algorithm” in order to resolve all pending issues (Mfa.gov.by, March 22). Most important among them are the historical dialogue (including the “Katyń List”—a missing document with the names of almost 4,000 Poles killed by the Soviet NKVD on the territory of Belarus in 1940, which Warsaw requests that Minsk hand over to it); the problems of the Polish diaspora in Belarus; and small cross-border movement (Euroradio, June 15). The latter was regulated by an agreement, signed in 2010, which liberalizes cross-border movement for Polish and Belarusian nationals residing in the border’s proximity. However, Minsk refused to ratify this document after another crisis in bilateral relations broke out at the end of 2010 (Zautra.by, November 20, 2015).

A separate persistent concern for the Belarusian government is the so-called “Pole’s Card,” which offers Belarusian citizens with Polish roots who hold such a personal document numerous rights in Poland (Tut.by, February 15, 2008). According to the new Polish ambassador in Minsk, Konrad Pawlik, about 75,000 Belarusian nationals have received this card to date (Euroradio, June 15).

Firstly, it can be seen as part of the EU’s overall reconsideration of its cooperation with its Eastern neighbors: the European Neighborhood Policy was reviewed in 2015 and now claims to prioritize stability, pragmatism and a country-specific approach over previously more abstract values-driven goals (Eeas.europa.eu, November 18, 2015). It also goes hand-in-hand with the rapprochement between Belarus and the EU, which saw the abolition of European sanctions in February. Poland’s government supported the move actively (Radio Poland, February 15).

Secondly, Minsk’s efforts to stabilize the situation in Ukraine’s Donbas and its neutral position on the Russia-Ukraine conflict serve confidence-building purposes in Belarus’s relations with Poland. Belarus’s refusal to host a Russian military base on its territory does the same (see EDM, October 7, 2015). At the North Atlantic Treaty Organization’s summit in Warsaw (July 8–9), Foreign Minister Waszczykowski even spoke about a positive dynamic in the Alliance’s dialogue with Belarus and stated that, “Poland wants to be in the role of an intermediary, which would be bringing Belarus closer to cooperation with NATO” (Belsat, July 8).

Finally, some commentators have spoken about about an ideological convergence between the incumbent conservative government in Warsaw and the authorities in Minsk (Eurasia.expert, April 24).

With all these recent developments in mind, one can hardly be sure that the dynamic currently defining Belarusian-Polish relations will remain in the positive mode in the medium- to long-term perspective. Many internal and regional factors could potentially derail the current cautious rapprochement. The bilateral relationship’s vocal opponents can be found among Belarusian opposition circles, especially those who reside abroad, including in Poland. They find support among some representatives of Poland’s elite. In addition, some in Belarus argue that Poland will inevitably return to its “mentoring approaches” toward Minsk. While others perceive Minsk’s cooperation with Warsaw in conspiracy terms and as a threat to the Belarus’s special relationship with Russia. For now, however, the trend remains pointed toward a gradual warming of ties, and this is likely to remain the case as long as Belarus’s relationship with the wider West continues to move in the same direction. 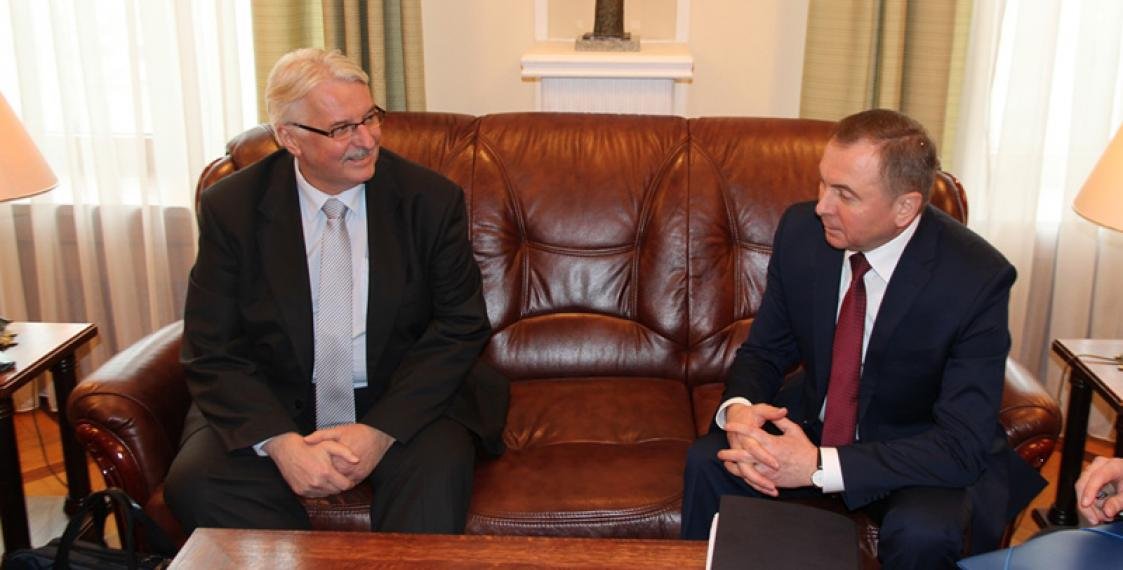