An epic struggle between two Russian billionaires of Dagestani origin is unfolding in Dagestan. Suleiman Kerimov and Ziyavudin Magomedov are sparring over control of Makhachkala’s commercial seaport on the Caspian Sea. On May 27, the Russian government agency for sea and river transportation appointed a new Chief Executive Officer (CEO) for the port, Andrei Gormakh, who replaced Akhmed Gajiev. Port employees staged a preliminary strike to protest the Russian state agency’s decision. The decision to appoint a new CEO has also been challenged in court. Observers associate Gormakh with business structures connected to Magomedov, while the departing port CEO, Gajiev, was associated with Kerimov (Kavkazskaya Politika, June 2).

The resumption of the ownership struggle over the Makhachkala seaport appears to be connected to two main factors. Makhachkala is the closest Russian seaport to Iran, and the Russian government may be eying an expansion of trade with its long-time ally. Makhachkala is the only port in the Russian Caspian that is warm enough to guarantee navigation during the winter. Besides, the Makhachkala seaport is the only Russian port that is government owned. Due to the Russian government’s recent drive to privatize large chunks of government property, Russian oligarchs want to have allies in charge of the port in order to secure its privatization in the near future (Novoe Delo, June 3).

Magomedov and Kerimov have long competed over influence in their home republic. Magomedov, 47, has fallen out of the Forbes’ billionaires list and is currently worth $900 million (Forbes.ru, accessed June 20). Kerimov, 50, is worth $7.3 billion and is ranked 45th among Russian billionaires (Forbes.com, accessed June 20). Despite his much lower net worth, Magomedov is an ethnic Avar, like Dagestan’s governor Ramazan Abdulatipov, which means he probably has greater administrative support than Kerimov, who is an ethnic Lezgin. Also, Magomedov’s Summa investment group has experience managing ports, with shares in the Novorossiysk and Vladivostok seaports, and is involved in exporting grain, including to Iran.

The situation surrounding the Makhachkala port recently escalated and by June 3, groups of young men supporting Kerimov and Magomedov, together totaling several hundred, were poised to clash. Photos posted on social media showed that the defenders of the status quo at the port were given Kalashnikovs. Transneft, the Russian state-owned pipeline and transport monopoly, issued a statement expressing concern over the developments around the port. Tensions between the conflicting parties escalated to the extent that the airport in Makhachkala, which is under Kerimov’s control, reportedly prohibited the landing of a plane in which Magomedov’s protégé, Andrei Gormakh, was arriving. Gormakh’s jet had to fly to Mineralnye Vody airport, several hundred kilometers away from Makhackala (Onkavkaz.com, June 13).

At a June 6 press conference in Makhachkala, the provisional CEO of the port, Murad Khidirov, stated that he wanted to transfer the conflict from “the streets to the offices.” According to Khidirov, the capacity of the Makhachkala port is about 8–8.5 million tons of oil and 3.5 million tons of other goods per year. However, the port currently uses only about 30–40 percent of its capacity. Khidirov said that the prospects for the port’s development included growing trade with Iran and exploitation of the Caspian oil fields by the Russian oil major Lukoil (Chernovik, June 6). Due to a slump in oil prices, Russian exports increasingly depend on grain and other agriculture products that it sells to Middle Eastern countries. Makhachkala, therefore, is a transportation hub that may become even more important over time (Onkavkaz.com, June 13).

Apart from the Dagestani oligarchs and Moscow, which is likely behind both of them, an unexpected player has emerged in the Makhachkala seaport conflict. A court in the Chechen city of Gudermes ruled against replacing the seaport’s CEO, signaling a bizarre intervention by Chechen ruler Ramzan Kadyrov in the conflict in neighboring Dagestan. According to some reports, Kadyrov would like to secure access to the Caspian seashore in order to expand Chechnya’s ties to foreign countries. Media reports indicate that Kerimov has become allies with Kadyrov to retain his grip over the Makhachkala seaport (Novoe Delo, June 3).

However, some Dagestani observers fear that Kerimov’s alliance with Kadyrov may result in the Chechens attempting to take over the port, which will spark more conflicts (Onkavkaz.com, June 13). Kadyrov has a personal army and the conflict over Makhachkala’s port may become a flashpoint, in which the Chechen governor’s forces and influence will be the deciding factors. For example, Kadyrov could potentially send in his forces “to enforce the Gudermes court’s decision” in Makhachkala.

The conflict between Magomedov and Kerimov in the situation in Dagestan was an unexpected flashback to the 1990s, when business conflicts often were resolved through armed clashes. The true winner of the fight, however, may turn out to be Kadyrov, if he manages to resolve the conflict on his terms. The conflict also indicates that Makhachkala could become an important transportation hub on the Caspian despite Moscow’s tried-and-true policy of trying to keep the North Caucasus isolated from the outside world. 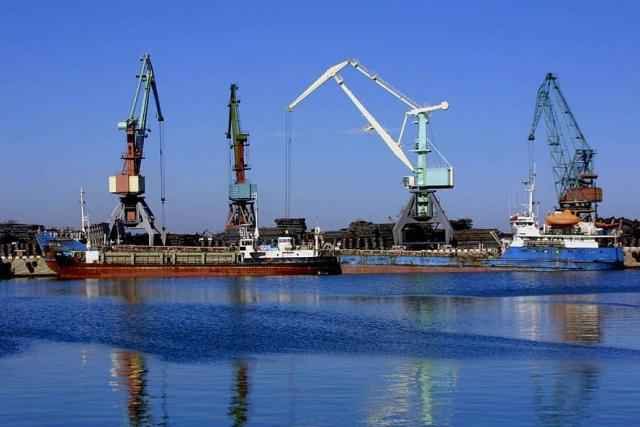 Back
Putin-Netanyahu Meeting Strengthens Russ..Next
Chechen Government May Be Winner in Disp..

The Jamestown Foundation was proud to host a conference on... END_OF_DOCUMENT_TOKEN_TO_BE_REPLACED

On June 6, Jamestown’s President Glen E. Howard was quoted by Task and Purpose in an article on Russia’s Chechen fighters in Ukraine. END_OF_DOCUMENT_TOKEN_TO_BE_REPLACED

On April 15, The Jamestown Foundation held a conference on Yemen on the Brink: Implications for U.S. Security Interests in the Horn of Africa at the Carnegie Endowment for International Peace in Washington, DC. The full-length DVD covers the entire conference proceedings, which includes keynote speakers: Ambassador Daniel Benjamin,... END_OF_DOCUMENT_TOKEN_TO_BE_REPLACED