At this year’s Shangri-La Dialogue on Asian security, held in Singapore, China’s territorial claims in the South China Sea were in sharp focus. Admiral Sun Jianguo (孙建国) again represented China at the conference, a position he is uniquely suited for due to his role as the deputy chief of the Joint Staff with the portfolio for foreign affairs. On this occasion, Admiral Sun left no room for negotiations regarding China’s stance on the South China Sea during his speech, stating: “I hope to again reiterate, China’s South China Sea policy has not and cannot change” (同时，我愿再次重申，中国的南海政策没有、也不会变) (IISS, June 5; Xinhua, June 6).

In addition to ruling out a change in China’s basic position, Sun also hinted that China is seeking to replace or at least supersede regional security organizations, citing a speech by Xi Jinping on April 28 before the Conference on Interaction and Confidence-Building Measures in Asia (CICA), where China’s president and Communist Party general secretary called for the “building of a new architecture of regional security cooperation that reflects Asian needs” (Xinhua, April 28).

While emphasizing that other existing security frameworks have a useful place, this suggestion, and Admiral Sun’s reiteration of it, are further indications that China remains committed to its formulation of “a new model of international relations” and supplanting the current security framework in Asia. Sun previously elaborated on this theme in an article in the CCP’s journal Qiushi (Seeking Truth; 求实) (Qiushi, April 15).

Another member of China’s delegation, PLA Major General Yao Yunzhu (姚云竹), a senior fellow at the Chinese Academy of Military Sciences, differentiated between the three kinds of disputes in the South China Sea: territorial, the right of foreign militaries to conduct surveillance within another nation’s exclusive economic zone (EEZ), and lastly over freedom-of-navigation operations (IISS, June 4). Regarding the first, she stated that China had previously had success negotiating on a bilateral basis with other nations to solve territorial disputes. Public statements by Chinese official media and spokespeople have consistently emphasized that the various claims involved in the South China Sea should be resolved on a bilateral basis. But such tactics allow China to bring tremendous economic, political and media might to bear against much smaller economies. Regarding surveillance, she noted that China distrusts U.S. intentions, but that Memoranda of Understanding (MoU) have been set up to avoid conflicts. More interesting is her statement on China’s perspective regarding freedom-of-navigation operations:

Admiral Sun’s and Major General Yao’s statements form part of a dual tack that China is taking ahead of the announcement of the result of arbitration regarding the legality of China’s “Nine-dash Line” claim, which occupies roughly 90 percent of the South China Sea. China is on one hand denying that there is anything to debate about—China’s claims to the region, to use the standard phrase “date from ancient times.” On the other hand, it is also attempting to achieve a fait accompli by influencing world opinion and presenting itself and its position as the correct one through publication of reams of comments by sympathetic world leaders and international relations experts.

In support of the hard line taken at the Dialogue, China is conducting an all-out push through its media outlets and diplomatically to present its positions as widely accepted. On the edges of the Dialogue, members of the Chinese delegation attempted to sway attendees by handing out pamphlets arguing China’s case for sovereignty in the South China Sea (Truo Tre News, June 5). China has gathered a group of international relations researchers to support its claim that international arbitration in the South China Sea and the Philippines should be handled bilaterally. From Russia, to Tanzania, official Chinese media outlets are trumpeting support for its side in the case (Xinhua, June 6). Targeting the U.S. audience, China’s Consul General for San Francisco published a full-length article in the San Francisco Chronicle titled “Why China Doesn’t Accept or Participate in the Arbitration” (MFA, June 14).

China’s success in marshalling support for its claims is evident in the case of Malaysia. As the first nation to engage in South China Sea island-building in 1983, Malaysia has traditionally downplayed its territorial conflict with China. That reticence has changed in recent years, with conflicts over fishing and concerns about Chinese naval vessels operating in the area prompting Kuala Lumpur to take a harder stance. Yet after Malaysia’s foreign ministry initially agreed to a hardline statement on China’s actions, Kuala Lumpur suddenly decided to retract the statement on June 14 (CNA, June 14).

Admiral Sun’s characterization of Chinese polices in the South China Sea as immovable might have been blunter or more shocking compared to other statements, but these remarks nevertheless fit into a long established pattern. Sun’s arguments—specifically, “that [China] cannot permit its sovereignty and security rights and interests to be encroached upon; it cannot sit idly and watch a minority of countries stir up trouble in the South China Sea”—proceed from this proposition that China exerts complete sovereignty over the entire South China Sea (IISS, June 5). This leaves little room for real negotiations, a point further cemented by the limitations placed upon Chinese interlocutors to never be seen as giving up Chinese territory, even for a compromise. Furthermore, China is stacking the deck by creating the perception of widespread approbation of its claims. Both of these tactics could result in a fait accompli, no matter the result of the Arbitration: China will not allow its claims to be called into question, and will attempt to retain hegemony in the South China Sea. 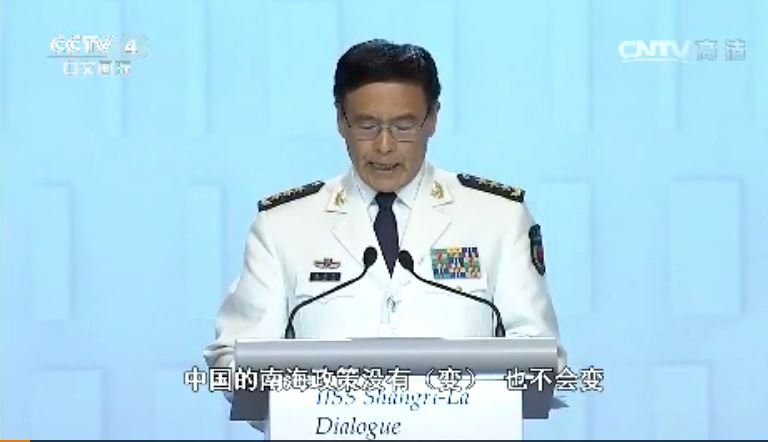 Back
The New PLA Joint Headquarters and Inter..Next
China’s Blueprint for Sea Power

The Jamestown Foundation was proud to host a conference on... END_OF_DOCUMENT_TOKEN_TO_BE_REPLACED

On June 6, Jamestown’s President Glen E. Howard was quoted by Task and Purpose in an article on Russia’s Chechen fighters in Ukraine. END_OF_DOCUMENT_TOKEN_TO_BE_REPLACED