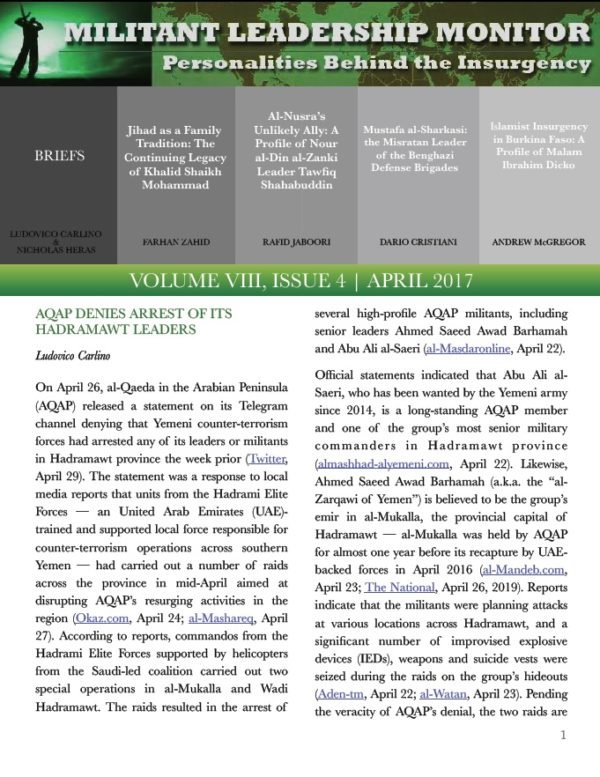 The Jamestown Foundation is proud to present a virtual event to... END_OF_DOCUMENT_TOKEN_TO_BE_REPLACED

Violence in Iraq has declined since its civil war of 2005-2007 due to the implementation of the U.S. counterinsurgency strategy, Shi’a militia ceasefires, and the emergence of Iraq’s Awakening Movement. But as the U.S. military draws down its forces, Iraq remains a fragile, un-reconciled state, riddled with sectarian tensions... END_OF_DOCUMENT_TOKEN_TO_BE_REPLACED