When questioned about whether the Chinese fishing ship was in Chinese or Indonesian waters, Chinese Ministry of Foreign Affairs Spokesperson Hua Chunying responded that the vessel was in “traditional Chinese fishing waters” (MFA [China], March 21). China concedes that the Natuna Islands, a small archipelago nearby, is not Chinese territory. However, the fact that the incident occurred within “traditional Chinese fishing grounds,” combined with the ambiguity of the nine-dash line that China uses to demarcate its territorial claims in the South China Sea, creates the potential for conflict.

The waters and island territories along the third and fourth “dashes” of China’s “nine-dash line” have traditionally been the calmest area of the otherwise contentious region. Though similar confrontations occurred in 2010 and 2013, China’s relations with nearby Indonesia and Malaysia, the countries whose claims overlap with the third and fourth dashes, have generally been characterized by greater coordination and less strident rhetoric than China’s relations with its closer neighbors, Vietnam and the Philippines. However, the size of China’s Navy and Coast Guard have both expanded greatly in the intervening years, and the construction on Cuarterton and Fiery Cross Reefs, roughly four hundred miles to the northeast, means that Chinese influence in the region is stronger than ever.

This dispute has occurred during what has been an otherwise positive upswing for China-Indonesia diplomatic relations. Whereas China has frequent, vocal and intense disagreements with its close neighbors, Vietnam and the Philippines over fishing vessels and government statements, Indonesia and China have instead chosen to downplay their bilateral tensions (see Vietnam MFA, March 17). In late February, Indonesian Vice President Jusuf Kalla said that he did not believe it was China’s intention to take territory by force (Konpas, [Indonesia] February 29). However, this relatively sober relationship might now be changing, due in part to a stronger Chinese ability to deploy forces to the region by air and sea.

China has been rapidly expanding its Coast Guard forces by converting a number of aging navy destroyers and corvettes to Coast Guard use in order to bolster the already large numbers of Chinese Coast Guard vessels (China Brief, May 15, 2015).

Earlier, in late February, U.S. Director of National Intelligence James Clapper wrote an open letter to members of Congress in which he emphasized that China has greatly expanded its “installed surveillance systems” on islands and artificial features throughout the South China Sea (USNI, March 8). Director Clapper further emphasized, “Once these facilities are completed by the end of 2016 or early 2017, China will have significant capacity to quickly project substantial offensive military power to the region.”

Economically, China and Indonesia had high hopes for further integration. A high-speed rail project worth $5.5 billion, for example, was frequently cited as a hallmark of China’s Belt and Road Initiative, meant to provide affordable infrastructure for other countries and help China build demand for its industries (China Brief, October 10, 2013). The project has since run into problems, mirroring a larger trend toward slackening bilateral trade (Jakarta Post [Indonesia], January 26). With slowing Chinese growth and the accompanying fall in Chinese demand for commodities, China’s trade with Indonesia has slid dramatically. Minerals, which previously occupied more than 30 percent of Indonesia’s total trade and more than half of its trade with China, dropped from a high in 2013 of $3.6 billion to below $1 billion in 2015 (World Bank, [accessed March 23]). According to the latest available statistics, Indonesia’s exports to China over the first six months of 2015 only totaled $7.5 billion, a decrease of 19.3 percent compared to the preceding year (Chinese Ministry of Commerce, [accessed March 23]).

Indonesian President Joko Widodo is unlikely to want to see Indonesia dragged into a confrontation with China over fishing rights. Widodo’s campaign for the presidency in 2014 was based on fighting corruption and ensuring economic growth.

China’s artificial islands close to Indonesia are no longer mere heaps of sand, and are instead home to runways, hangers and radar stations. With fewer potential business deals with China in the offing, it remains to be seen how Jakarta will move forward with its relationship with China. 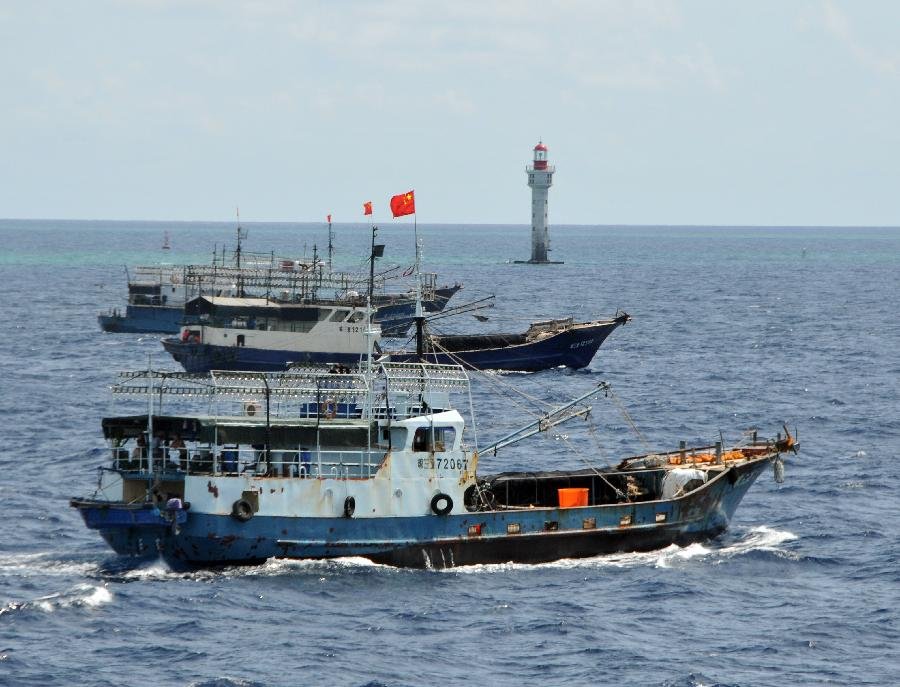 Back
The Chinese People’s Armed Police in a..Next
Beijing Ups the Ante in South China Sea ..