The Dagestani authorities’ reassurances that the intensity of rebel violence in the republic is declining are partly true, but there is also another trend in how the government is presenting the situation. The authorities are trying to ignore the activities of rebels and portraying their attacks as low-key incidents. Sometimes, however, they are unable to conceal the magnitude of the incidents in the republic, like the one that took place in Dagestan’s Kizilyurt district on May 3, which the authorities tried to cast as a successful operation that eliminated three militants.

On the evening of May 3, Dagestan’s Ministry of Interior informed the public about clashes that took place during a police operation in the Kizilyurt district village of Stalskoe. It said that police were fired on when they tried to stop a car, but then shot and killed three men in the vehicle from which the shots were fired. The republican branch of the Russian National Antiterrorist Committee said the slain individuals had been involved in a range of terrorist crimes, including attacks on police officers and extortion of large sums of money from businesses. In particular, the militants reportedly killed the former head of the district police and a village police officer (Regnum, May 4). The former head of Shamilsky district police was murdered on April 29, and investigators were convinced from the start that the rebels were behind his murder.

Two of the slain rebels were identified as the leader of Kizilyurt sector, 34-year-old Umar Sabuev, who was on the federal wanted list, and 25-year-old Abas Khubaev, who came from the Khasavyurt district village of Endirei, which is predominantly populated by ethnic Kumyks. The third rebel was not identified. It is likely the killing of the rebels was carefully planned. Normally, such operations take place at village entrances. The security services do not advertise their actions; instead, the local police are presented as being at the forefront. In reality, the Federal Security Service (FSB) conducts the operation, while the local police guard the perimeter of the operation. Relations between the FSB and the police are uneasy. Even though FSB personnel normally know whom they killed, they do not inform the police, who have to establish the identities of those killed on their own. The Kizilyurt sector of the insurgency is one of the most active in Dagestan, and is also known for having pledged allegiance to the Islamic State.

On May 5, a marriage party for a police officer was held in the village of Ashagastal, in Dagestan’s Suleiman-Stalsky district. Around midnight, when most of the guests had already left, unidentified individuals shot the father of the groom and then fled. The victim was also a police officer—the chief accountant for the Suleiman-Stalsky district police—and investigators think the attacker, who used an automatic weapon and shot the victim in his head, was a professional killer. Only a few news reports mentioned that the slain man was a police captain. The reason for burying this fact is to help make the FSB’s annual statistics look better (Riadagestan.ru, May 6).

Of course, in such cases, it cannot be ruled out that the victim was killed by someone other than the rebels. The police accountant could have been killed in connection with embezzlement, a conflict with his superiors, for not sharing the spoils of embezzled government funds, etc. However, murdering a police officer in his own backyard during his son’s wedding appears more like the work of the insurgents than professional killers. Police personnel who hold police ranks but do not engage in actual police activities are easy targets for the militants. The insurgents do not care whether the police officer is a retiree or deals with police finances: they are all viewed as possible targets.

Meanwhile, about a hundred soldiers from the Russian military’s motorized infantry forces held drills at Dagestan’s Dalny shooting range (Tvzvezda.ru, May 6). Such exercises are held practically every month in the North Caucasus. It appears that the government still relies on the military to back up special forces, such as the FSB’s security units. The Russian military in the North Caucasus is trained to fight insurgents rather than face a foreign army.

Another incident took place in Dagestan on May 7, when unidentified assailants fired on police from a forest near the village of Chere in Khivsky district and then fled the scene. No one was hurt in the incident. The police, who were out looking for insurgents when they came under fire, discovered an insurgent weapons cache (Rosbalt, May 8). While the insurgents may have been trying to protect their arms cache, the incident looked more like a rebel training exercise for novice militants than anything else.

It should be noted that the intensity of insurgency-related violence in Dagestan has dropped significantly in recent years compared to the period of 2012–2014. At the same time, if the information coming out of Dagestan is carefully analyzed, it appears that the largest North Caucasus republic is still far from being calm and continues to experience an insurgency-related incident almost every day. 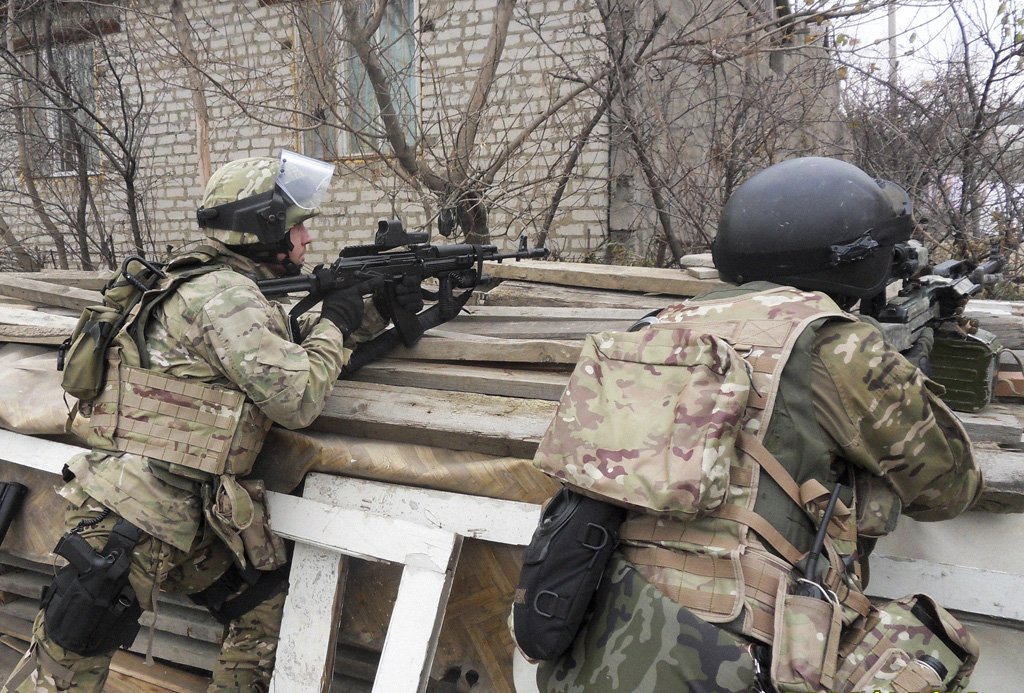 Back
INF Treaty Increasingly in Danger, as Ru..Next
Uzbekistan and Russia Agree to Reset Bil..

The Jamestown Foundation is proud to present a webinar on China’s... END_OF_DOCUMENT_TOKEN_TO_BE_REPLACED

On May 19, Voice of America posted an interview with Dr. Richard Arnold on the topic of Russian Cossacks’ involvement in the war against Ukraine. END_OF_DOCUMENT_TOKEN_TO_BE_REPLACED