Uzbekistan’s President Islam Karimov visited Moscow for talks with his Russian counterpart, Vladimir Putin, on April 25–26, 2016. The visit was widely hailed as the opening of a new chapter in bilateral ties (Uza.uz, April 27). President Putin called Uzbekistan “a strategic partner and a reliable ally,” while Karimov said that he trusts Russia and Putin personally (Kremlin.ru, April 26).

On the first day of the visit, the two leaders had a private dinner that lasted around four hours, and according to Uzbekistan’s leader, the two sides held a frank conversation. Karimov boasted that perhaps he is one of the few foreign leaders who has the privilege to talk to Putin completely openly, free to pose inconvenient and tough questions to Russia’s president (Kremlin.ru, April 26).

Russian officials and the press often complain that Uzbekistan is a difficult partner—frequently obstinate and sometimes effusively opposed to Russia’s initiatives in the post-Soviet space. President Karimov often criticizes regional Russian-led economic and security alliances, and he has previously ruled out Uzbekistan’s membership in any Moscow-led organization that even remotely resembles the former Soviet Union (Mk.ru, April 25). Furthermore, Uzbekistan harbors its own grudges against Russia. The Kremlin’s pledge to invest in the construction of large hydroelectric power stations in upstream Kyrgyzstan, despite downstream Uzbekistan’s protests, was a bitter pill for President Karimov to swallow (Atimes.com, September 21, 2012).

Eventually, to Uzbekistan’s muted satisfaction, Kyrgyzstani authorities, earlier this year, unilaterally annulled their bilateral agreements with Russian companies, citing a lack of progress and the insolvency of Russian investors. This was a humiliation of sorts for the Kremlin, which has been trying hard recently to posture itself as a global power (Kyrtag.kg, December 31, 2015; see EDM, January 15, 2016).

The recent settlement of longstanding mutual financial claims by both countries dating back to the collapse of the Soviet Union also removed another sticking point in Russian-Uzbekistani bilateral relations. The Kremlin wrote off more than $800 million of debt owed by Uzbekistan in exchange for Tashkent giving up its claims to the Diamond Fund of the former Soviet Union (Politrussia.com, July 30, 2015). According to Russian Deputy Finance Minister Sergei Storchak, the “Agreement for settling mutual claims and liabilities,” which was signed during President Putin’s last visit to Uzbekistan, in December 2014, and ratified by the Russian parliament in late March of this year, “will create favorable conditions for opening new opportunities for wider military, economic and political cooperation between the two countries” (Vestifinance.ru, March 25). Andrei Grozin, the director of the Central Asia and Kazakhstan Studies Department of the Russian Institute for Commonwealth of Independent States (CIS) countries, also confirmed that the settlement of the mutual claims deal will allow Tashkent to increase its military purchases from Russia in the future by making it eligible to receive Russian military loans—which had not been previously possible, due to legislative restrictions (Svpressa.ru, April 6).

The Kremlin also sees Uzbekistan as a useful partner to offset the shortage of vegetables and fruits on the Russian market as a result of Moscow’s sanctions against European and Turkish producers. President Putin expressed his satisfaction with last year’s overall 10 percent increase in Uzbekistani fruit and vegetable imports, with some fruit imports growing by 10, 20 and even 54 times (Kommersant.ru, April 27).

Similarly, President Karimov expressed confidence that Uzbekistan would be capable—both in terms of volumes and quality—of filling this niche long dominated by Turkey. He suggested that Tashkent and Moscow need to establish a coordinating joint commercial and marketing entity to facilitate these exports based on the needs of the Russian market (Vestifinance.ru, March 26).

Regional security and especially Afghanistan were also among the main topics of the bilateral discussions (Kremlin.ru, April 26). Recent intelligence reports produced by the United States government claim that Russia is secretly supplying arms and providing financial support to the Taliban, which continues to reject direct peace talks with the Afghan authorities and instead recently launched its annual spring offensive against the central government in Kabul (Al Jazeera, April 16). In the past, Zamir Kabulov, Russia’s special envoy to Afghanistan, told reporters that Moscow considered the Taliban a potential ally in the fight against the Islamic State in Afghanistan (Svpressa.ru, April 20). However, Russian diplomats, though acknowledging having direct channels of communication with the Taliban leadership, have always denied handing over any military equipment to this group (PressTV, April 25; Afghanistantimes.af, May 5).

Perhaps aware of all these rumors and acknowledging Russia’s potential and capacities in the region, President Karimov recommended that the Quadrilateral Coordination Group (QCG)—which includes Afghanistan, China, Pakistan and the US—invite Russia to join international efforts to resolve the Afghan crisis. The QCG in its current format already convened four meetings since the beginning of 2016. But so far, this international grouping has been unable to force the defiant Taliban to sit for direct peace talks with the government in Kabul or to lay down its arms. In Karimov’s words, any attempt to isolate Russia from the conflict-resolution process in Afghanistan is doomed to fail. Afghanistan’s former president Hamid Karzai had earlier also suggested expanding the QCG by including Russia, Iran and India, three important stakeholders in Afghanistan, in order to find a lasting solution to the Afghan crisis (Khaama.com, February 7). At the same time, however, such attempts run the risk of potentially turning Russia into a spoiler rather than a partner in bringing peace to war-torn Afghanistan (VOA, April 18).

Overall, President Islam Karimov’s recent visit to Moscow was rich in content both in relation to bilateral issues and broader regional security issues. The removal of some longstanding hurdles in Russian-Uzbekistani relations is expected to pave the way for greater trust and cooperation in the future. In particular, the door has been opened for Russia to potentially offer greater weapons sales and more favorable trade terms to Uzbekistan, especially in fruits and vegetables, without imposing any requirement on the latter to join Russian-led economic and security blocs like the Eurasian Economic Union or the Collective Security Treaty Organization. Thus, the outcome of the Karimov-Putin meeting strongly suggests that the Kremlin may have finally accepted Tashkent’s terms for building pragmatic bilateral relations. 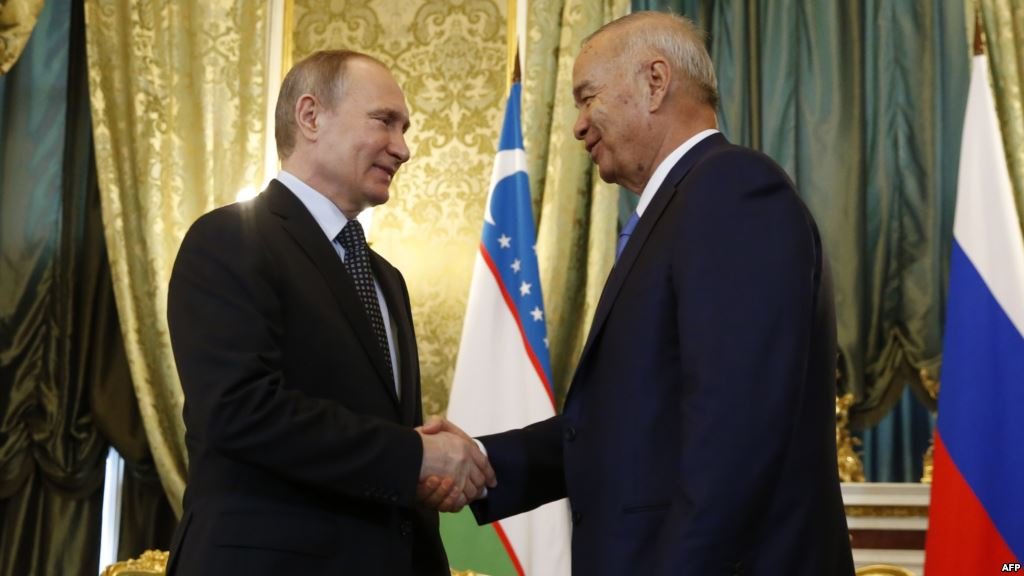 Back
Insurgent Violence in Dagestan Lower Tha..Next
Insurgents in Chechnya Down, but Not Out

The Jamestown Foundation was proud to host a webinar on... END_OF_DOCUMENT_TOKEN_TO_BE_REPLACED

Jamestown Foundation Analyst Richard Arnold was interviewed by PolitiFact for a story on the Lie of the Year 2022, or Putin’s long list of lies... END_OF_DOCUMENT_TOKEN_TO_BE_REPLACED