Over the past several years, there have not been many reports from Chechnya regarding insurgent activities in the republic. But while the Chechen government claims the republic has overcome the Islamist armed underground, insurgency-related incidents still sometimes occur, which means that militants still exist in Chechnya. From time to time, the rebels make their presence known, and do so at moments that are uncomfortable for Ramzan Kadyrov, the republic’s head. One such attack took place on December 4, 2014, when a group of militants infiltrated Grozny and seized the House of Press and a school in the city’s downtown area (RBC, December 4, 2014). The attack took place several hours before President Vladimir Putin’s scheduled speech before a Russian TV audience, which made it especially embarrassing for Chechnya’s governor.

In 2015, about 30 rebel-related violent incidents took place in the republic, according to open sources. The incidents included actions against militants by government forces, such as arrests, detentions and killings (Kavkazsky Uzel, February 5, 2016).

The latest violent incident in Chechnya occurred on May 9, when Russia, unlike most of the rest of the world, commemorates the Victory Day in World War II. Russian media reported that two militants attacked a checkpoint on the outskirts of the village of Alkhan-Kala, located in Grozny’s suburbs. One of the attackers blew himself up, while the other was shot dead. According to official information, six police officers from Bashkiria who were based in Chechnya were injured in the attack. Initially, the reports suggested only one person was killed in the attack. The police said the attackers may have been on their way to Grozny to carry out an attack during the Victory Day commemorations (Kommersant, May 9).

The two young men were unusually warmly dressed, but nobody would have noticed had a group of Chechen police officers, who were on duty, not asked the young men for their passports. Residents of Alkhan-Kala said that the police had not checked documents at that checkpoint for several years. The police forces dispatched from other regions of Russia to serve at the checkpoint recognized the locals who would pass the checkpoint while looking for lost cattle. Alkhan-Kala residents joked that the authorities had forgotten about the checkpoint, and that the servicemen remained there even though nobody needed them. The two suicide bombers apparently thought it would be easy to pass through the checkpoint: when they approached it, one of them said that they were looking for their cattle. After they were asked to show their identity documents, one blew himself up while the other threw a hand grenade and was shot dead by police. Interfax reported that “after a forensic examination, including a DNA test, the identities of both suicide bombers were established. They were 27-year-old Shamil Janaraliev and 25-year-old Akhmet Inalov. Their relatives took part in the identification process” (Kommersant, May 9).

Lifenews reported that three or four police officers from Bashkiria serving in Chechnya were wounded by the attack (Lifenews, May 9). Police forces from across Russia, including from remote areas like Magadan, Vladivostok, Kaliningrad and Murmansk, send groups for temporary service to Chechnya on a rotational basis for six-month deployments. It is unclear why two residents of Grozny were entering the city from the direction of Alkhan-Kala early in the morning. Residents of the village of Kalinin, in Grozny’s Zavodskoi, were quite surprised that Janaraliev turned out to be a suicide bomber. They did not think he was a religious fanatic. The young man reportedly was employed and supported two younger brothers. Overall, his neighbors viewed him quite positively and were shocked by his involvement in the incident (Kavkazsky Uzel, May 10).

According to Ramzan Kadyrov, Shamil Janaraliev had tried to leave Chechnya for Syria to join the insurgents there, but the region’s law enforcement officials had prevented that from happening (Kommersant, May 10). Reacting to the incident, Kadyrov vowed that “the fight with such bastards will be uncompromising. We will not tolerate them or even their spirit in Chechnya. We will not allow anyone even to resemble them by appearance” (Instagram.com, May 9). Chechnya is absolutely stable, Kadyrov said, insisting that no illegal armed groups exist in the republic. “Those two people came from somewhere [else],” Kadyrov asserted (Instagram.com, May 9).

Kadyrov may be partly right, in the sense that unless the Islamic State’s affiliates in the North Caucasus claim they were behind the attack, the suicide bombers’ attack can be considered a “lone wolf” attack. However, even so, the presence of such people indicates that terrorism in Chechnya has not yet been defeated. Rather, it means that society is sick, and that it will soon be impossible to detect the dangerous individuals either by the shape of their beard or the way they pray.

Two weeks before the incident, Kadyrov stated that Chechnya was the only place in the world where terrorism has been defeated. “We won the battle with terrorists,” he proclaimed. Kadyrov said the republic used to be caught in the same kind of havoc Syria is experiencing now, adding the Russian government had defeated “those Western and European institutions that trained them [the rebels] and devised the strategy of Russia’s disintegration through Chechnya” (Instagram.com, May 9).

Time will show that it is the Kremlin that is destroying Russia, not Washington or London. Now, the government and society should brace themselves for a new wave of “lone wolf” attacks that are more dangerous than those carried out by the organized groups of the armed Islamic underground movement in the North Caucasus. 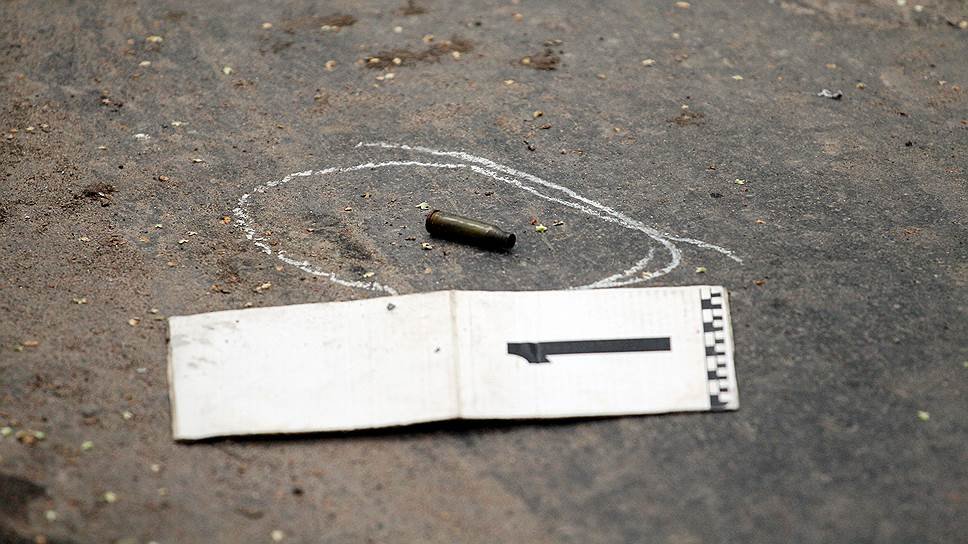 Back
Insurgent Violence in Dagestan Lower Tha..Next
Insurgents in Chechnya Down, but Not Out