Karachaevo-Cherkessia, a mountainous republic in the northwestern Caucasus, has long been out of the news when it comes to attacks by the armed Islamist underground movement against government forces. Russia’s security services effectively destroyed the Karachay jamaat in 2005–2007 (Agentura.ru, 2007). The Karachay jamaat has since been unable to resume operations, even though the Karachay jamaat was the first in the post-Soviet space at the start of the 1990s. The remaining forces of the jamaat joined the Kabardino-Balkarian jamaat at the time of the Caucasus Emirate, and the unified organization was called the Velayat of Kabarda, Balkaria, and Karachay (Kavkazcenter.com, May 11, 2009).

News of possible insurgent activities in Karachaevo-Cherkessia unexpectedly started to emerge at the end of 2015. A group of young people announced through social networks that they had taken an oath of allegiance to Abu Bakr al-Baghdadi. The statement was spread via the WhatsApp application, which is intensely monitored by the Russian security services for the purposes of locating all suspicious individuals. According to Russian National Antiterrorist Committee (NAK) spokesman Andrei Przhezdomsky, at the end of December, the authorities launched a criminal investigation into the militants of Karachaevo-Cherkessia who had pledged allegiance to the Islamic State. He said the investigation was being conducted in accordance with Article 205 of the Russian Criminal Code, covering terrorist activities. The authorities are investigating ten individuals in connection to the case. Thus, while experts and analysts consider Karachaevo-Cherkessia free of militants, the Federal Security Service (FSB) and the Ministry of Interior have quietly worked to neutralize a group that declared itself part of the international jihad. Przhezdomsky said that “those people gathered together in some place, video-recorded their fealty to ISIS [the Islamic State of Iraq and Syria—since renamed the Islamic State, IS] and sent it via WhatsApp to Syria. In their message, they said they were prepared to fight a ‘holy war.’ ” The NAK spokesman said that the Karachaevo-Cherkessian Islamists managed to establish contact with one of the leaders of the Islamic State and received instructions about preparing terrorist attacks on the territory of the Russian Federation (Uinp.info, January 29). Government forces killed three militants and detained six more during a special operation (Rosbalt.ru, December 24, 2015).

Is it possible that the emergence of the group is an isolated case in the republic? That is unlikely, because an ethnic Karachay, Abu Jihad (Islam Atabiev), serves as the “right-hand” to the most notorious leader of the Islamic State from the Caucasus region, Umar al-Shishani (Tarkhan Batirashvili). Abu Jihad, 33, comes from the village of Ust-Jeguta, in Karachaevo-Cherkessia, and has been on the United Nations Security Council’s list of the most wanted members of the IS in Syria since October 2, 2015. The fact that someone of Karachay origin has such a high rank within the IS would sooner or later have prompted some Karachays to try to contact him. In recent months, there have been regular reports of various individuals in Karachaevo-Cherkessia being detained or arrested for expressing sympathies for the Islamic State or attempting to join the group. In 2015, the authorities launched a criminal investigation against two locals in Karachaevo-Cherkessia for making public calls in the media to carry out terrorist attacks. The authorities also accused 31-year-old Mussa Shardan and 25-year-old Rustam Suyunchev of calling to violate the territorial integrity of the Russian Federation. In November 2015, Shardan and Suyunchev, using the pseudonym Amr Amri, published a video titled “The IS Threatens Putin.” The authorities said that the two men called for terrorist and extremist activities, and justified terrorism (Ekhokavkaza.com, April 15).

In March 2016, the North Caucasian District Military Court sentenced a resident of Karachaevo-Cherkessia, Temirzhan Eslimesov, to two and a half years in prison for involvement in a terrorist organization. The court determined that Eslimesov flew from Mineralnye Vody airport in Stavropol region to Turkey with the intention of traveling on to Syria, for training by the militants there in the use of weapons, military tactics, sabotage and terrorist methods. Eslimesov then planned to engage in armed actions against the Syrian Arab Republic within the Caucasus Emirate international terrorist organization. However, for reasons beyond his control, the aspiring militant’s plans failed, as he was arrested by the Turkish authorities and handed over to the Russian security services (Regnum, April 19).

The desire to participate in the jihad in Syria has also spread to women in Karachaevo-Cherkessia. Several nurses from the republic flew from Stavropol, Krasnodar and Makhachkala to become members of the Islamic State. According to a North Caucasian website, these four females work at a hospital in Syria, where they helped wounded IS militants. The Russian Investigative Committee’s branch in Karachaevo-Cherkessia launched a criminal investigation against the four nurses who allegedly help the IS—23-year-old Dana M., 27-year-old Alina Ch. and two sisters, 25-year-old Madina B. and 26-year-old Marina B. The authorities said they determined that the four suspects repeatedly flew from Stavropol, Makhachkala, and Krasnodar to Istanbul and back in 2014 and 2015. In Turkey, locals helped them to cross the border into Syria and reach Al-Raqqa. The authorities assert that the four suspected females share an extremist religious ideology and voluntarily joined the Islamic State’s affiliate organization, the Abu Hanif jamaat (Donday.ru, April 4). 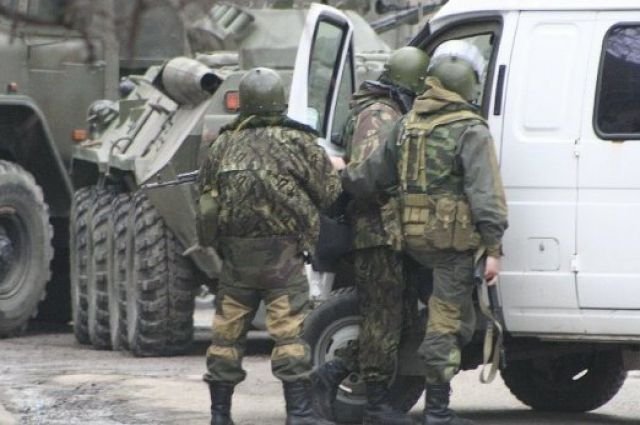 The Jamestown Foundation is pleased to present the hybrid in-person... END_OF_DOCUMENT_TOKEN_TO_BE_REPLACED

On November 17, Jamestown Foundation Senior Fellow Olevs Nikers was interviewed by Romania-based outlet Veridica regarding, among other topics, the best possible outcome for the... END_OF_DOCUMENT_TOKEN_TO_BE_REPLACED

The Jamestown Foundation offers a glimpse at Chinese responses to the rise of “cyber-war.” While the rise of computer network exploitation has opened new opportunities for China to gather intelligence—and exposed U.S. government agencies and corporations to risks of espionage—Chinese planners are keenly aware of China’s own vulnerabilities. Viewing... END_OF_DOCUMENT_TOKEN_TO_BE_REPLACED