Georgia’s Minister of Defense Tinatin Khidasheli stated, on April 20, that she was prepared to end conscript service and fully transition the country’s army to a professional military force. “The defense ministry of Georgia has already made this decision, and legislative support is required. We will remove the conscription system starting in 2017. Naturally, this does not signify the process will be over in 2017. Our mission is to start establishing the voluntary military service system in 2017, and this system works in many NATO [North Atlantic Treaty Organization] member countries,” the defense ministry head stated (Cbw.ge, April 20).

Khidasheli is considered one of the most pro-Western politicians in Georgia. She is also this South Caucasus country’s first female minister of defense. Khidasheli has built a reputation for herself as a proponent of the greatest possible integration of Georgia into NATO. She backs deep reforms in the armed forces to make them more compatible with Euro-Atlantic standards (see EDM, March 11).

Minister Khidasheli is convinced that reforms in the Georgian military will bring Tbilisi closer to NATO, thus making the country’s integration into the Euro-Atlantic security system more realistic. It is not an accident that she made her announcement about the professionalization of the army in the run up to the next NATO summit, which is scheduled to take place in Warsaw, in July. In Warsaw, Georgia may receive a new status—an associated partner of NATO, which some are interpreting as an intermediate step on the way to receiving a Membership Action Plan (MAP) from the Alliance (Kommersant, April 17).

A number of Georgian experts consider the transition to a fully professional army to be an important step toward reforming the Armed Forces and the final departure from their “Soviet legacy.” However, Vakhtang Maisaya, a doctor of Military Sciences, says that Minister Khidasheli is not the sole author of this idea. “The transition to a professional army was actively discussed several years ago. As of today, the Georgian army is already predominantly professional. About 90 percent of the armed forces are contracted individuals. Conscripts make up 10 percent of the total, but they do not engage in combat operations,” Maisaya said. According to the expert, the majority of conscripts do not serve in the army but in “specialized armed structures,” such as the State Protection Service, State Security Service, Penitentiary System, and so on. Conscripts are practically absent from the army and its combat units (Author’s interview, April 22).

Defense Minister Khidasheli intends to increase Georgia’s credentials in the West by showing her country is prepared to reject its Soviet-era conscript system in order to reach higher compatibility with NATO standards. Conscript service, however, persists in many Alliance member states, even though “such influential NATO countries as the United States, the United Kingdom and some others” have moved to all-professional forces. “Abolishing military conscript service will become an important progressive step that will signal the quick development of our country,” Maisaya argued (Author’s interview, April 22).

According to Maisaya, forming robust military reserve forces after the military draft is abolished will be the most important and challenging step in the army reform. “Currently, the main objective should be to make use of the reserves and work out mobilization plans that signal the defensive strength of the country. The government has worked out the concept, and it fully corresponds with NATO standards,” the expert asserted (Author’s interview, April 22).

It is noteworthy that in the same statement about the transition to a fully professional army, Defense Minister Khidasheli introduced the “Armed Forces Mobilization and Reserve Concept Project.” “We are talking about three main directions—army reserve, professional reserve and territorial reserve. We sent the initial draft version to NATO experts. The mid-term version, elaborated as a result of public discussions, and the corrected version will be introduced to them during the Georgian Defense and Security Conference that will be held in Tbilisi, on May 24–25. By that time, we will have the final and collated version, and we plan to submit it to the parliament of Georgia in June and then publish the document” Khidasheli said. According to the minister, “An effective and accessible mobilization and reserve system is very important for the effective functioning of the defense system” (Newsday.ge, April 20).

The editor-in-chief of the military-analytical journal Arsenali, Irakly Aladashvili, thinks that the transition to an all-volunteer army is quite risky and challenging from a financial standpoint. Abolishing the conscript service means losing personnel that provide auxiliary services in the army for free. “Currently, conscripts carry out many duties in the army, including logistics, service, guarding objects, etc. If the mandatory conscript service is abolished, the government will have to hire people to carry out the same duties but for material compensation, and that will become a heavy burden for the military budget. As far as I know, the budget for this year does not envisage such expenses” Aladashvili said (Author’s interview, April 22).

Furthermore, he noted that the Ministry of Interior and some other government agencies disagree with Khidasheli’s initiative to abolish mandatory military conscription out of the concern that they would also have to transition to all professional servicemen. “Overall, in the Armed Forces […], conscripts make up no more than 10 percent of the personnel; but that 10 percent will have to be replaced with hired employees with minimal salaries of 1,000 Georgian lari [$440],” Mr. Aladashvili pointed out. Another serious risk is the “possible disconnect between society and the army, when the majority of citizens start to think that serving in the army concerns others but not them,” the expert warned.

According to existing legislation, every male Georgian citizen who reaches 18 years of age must serve in the army for a minimum of 15 months. However, there is a system of deferments in place. A potential conscript may defer military service by 18 months if he pays 2,000 lari ($885), but he can do so only twice in the period between the ages of 18 and 27 (Ambioni, February 28, 2013). In 2015, the overall manpower in the Georgian military was 37,000 (Radiotavisupleba.ge, September 24, 2015).

Since conscripts only make up a tenth of the Georgian army, and since the abolishment of the draft is tied to multiple financial challenges, the Ministry of Defense’s initiative is little more than a political move. But this move is designed to signal to Georgia’s allies the country’s high resolve for further Euro-Atlantic integration. 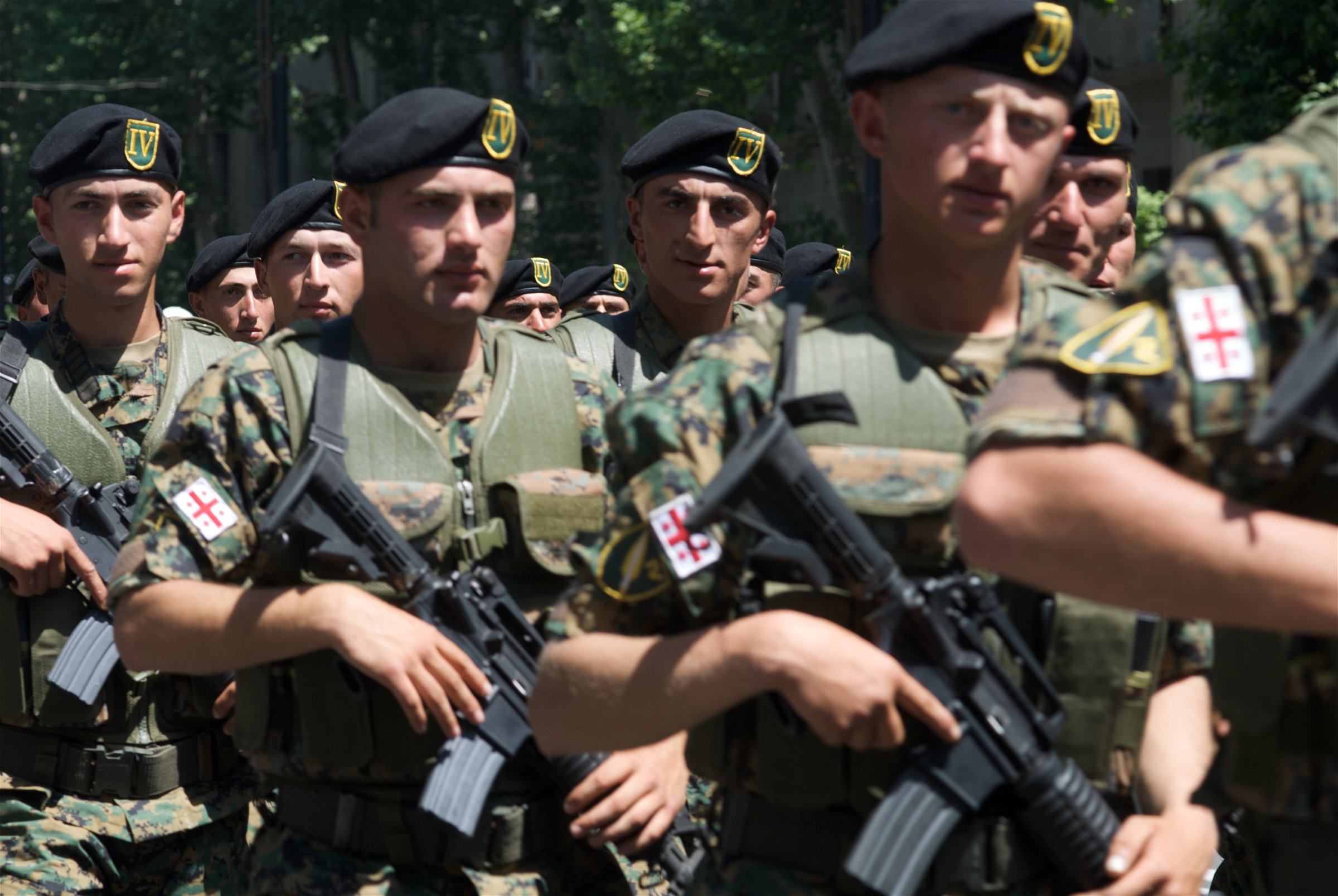 Back
Islamic State Continues to Gain Influenc..Next
Russia Seeks to Reenergize Its Pivot to ..

The August 2020 issue of Militant Leadership Monitor features a brief on the notorious kidnapper, Idang Susukan, who was recently arrested in the Philippines; an overview of the radical Kenyan cleric affecting al-Shabaab’s COVID-19 response in Somalia; a look at Ahmad Nishwan, a Maldivian insurgent who was recently eulogized... END_OF_DOCUMENT_TOKEN_TO_BE_REPLACED