Since the emergence of Islamic State (IS), more than 1,000 people from countries in the Western Balkans have flocked to the group as foreign fighters, predominantly from Muslim majority areas in Albania, Kosovo, Bosnia, and from minority Muslim populated areas in Macedonia, Serbia, and Montenegro (Illyria Press, August 7, 2015). These numbers peaked following the outbreak of the Syrian conflict in 2011. Local security and intelligence services have since taken action, responding to concerns voiced by international partners. Meanwhile, both Albania and Kosovo have adopted legislation aimed at curbing the participation of their citizens in foreign conflicts (Bota Sot, March 26, 2015).

Following a wide-ranging crackdown between the summer of 2014 and the spring of 2015, the number of IS recruits from the Western Balkans has dramatically declined. That may in part be a result of the changing dynamics of the war in Syria, as airstrikes degraded IS territorial strongholds and financial resources, but the state authorities like to attribute the drop in numbers to the measures they have taken at home. In fact, officials from both Albania and Kosovo boast that since spring 2015, no individuals have traveled to Syria to join the conflict (Koha Jonë, February 29). That claims is, however, disputed.

Facing territorial loses in both Syria and Iraq, IS has ramped up support for organized cells abroad, including in the Western Balkans, and encouraged so-called lone wolf actors. A report provided to the U.S. Senate by CIA Director John Brennan acknowledges that IS is still in “formidable” shape and is focused on extending its global reach (Ora News, June 16). As a consequence, both Kosovo and Albania continue to see a very real threat from the group. In the Western Balkans, IS presents not only an immediate security risk, but also a threat to social cohesion among the Balkans’ religiously heterogeneous populations.

Since the summer of 2014, Kosovo’s authorities have investigated and arrested more than 100 people allegedly involved in terrorist activities (Reporter.al, May 7). In May, Albania’s High Crimes Court sentenced nine individuals, including two self-proclaimed imams, for facilitating and financing the recruitment of terrorists. The men were arrested in March 2014 when Albanian authorities raided two key mosques located in the outskirts of Albania’s capital Tirana (Ora News, March 11, 2014). One of the jailed imams, Bujar Hysa, pledged his support to IS during a taped interview with a local journalist who recorded an interview with him in prison. Hysa also called the court process “a farce” and accused the authorities of undertaking “a war against Muslims.” [2]

The security crackdown and subsequent terrorism trials have revealed weaknesses within the state apparatus. Proceedings have been plagued by a lack of judicial experience in dealing with terrorism trials, and punishments appear overly harsh (Reporter.al, May 7). Some of those accused face minimum sentences of 15 years, the harshest in the region. [1] This in turn has damaged the credibility of the judiciary, while police operations have continued to target a wide range of activities, including more than 15 humanitarian NGOs accused of posing as a cover for extremist supporters in Kosovo (Radio Evropa e Lirë, February 13).

The authorities often boast about their collaboration with the officially-recognized Islamic communities – BIK (Bashkësia Islame e Kosovës) for Kosovo and KMSH (Komuniteti Mysliman Shqiptarë) for Albania – to counter extremist religious messages. These groups, however, have little influence over the mosques and other religious organizations that are increasingly being established without oversight from officially-recognized Islamic institutions.

Ilir Dizdari, the former head of the State Committee on Religious Cults, another institution mandated to control the management of religious cults in Albania, claimed that more than 200 mosques are outside the jurisdiction of KMSH and other state authorities. Previous claims by intelligence services had put the number of such mosques at 89 (Ora News, December 16, 2015; InfoAlbania.al, November 11, 2015).

To its credit, Albania’s KMSH has been able to regain control of the infamous Mëzez mosque near Tirana, which was allegedly instrumental in recruiting more than 70 Albanian citizens to IS (Bota Sot, November 19, 2015). Other areas were also targeted, including the village of Leshnica, where Almir Daci, a 32-year-old former imam and later IS recruiter, now thought to have died while fighting in Syria, was found to be targeting people in his village and nearby areas (Reporter.al, April 6). Despite these efforts, however, reports suggest the KMSH imams are struggling to regain control of the community’s daily religious life, leaving this instead to groups of Daci’s supporters “until Friday prayer when the KMSH imams show up” (Reporter.al, April 6). This also speaks to the dwindling credibility of KMSH among followers, who often accuse imams of corruption and affiliation with the Turkish Gulen Movement, which largely funds KMSH operations.

Albania’s KMSH also struggles with funding from more conservative Wahhabist and Salafist groups and more recently with an investment from Turkey’s Muslim community in the large mosque of Namazgja, inaugurated by Turkey’s President Recep Tayipp Erdogan, which when complete will tower over the secular Albanian parliament (Albeu, May 13, 2015). Separately from the KMSH, Prishtina’s BIK has also been bolstered by Wahhabist funding since the end of the war in the late 1990s.

The divisions are arguably more pronounced now. One Tirana-based security official, who wishes to remain anonymous due to security concerns, commented: “In 2010, sectarian narratives became even more visible than ever before, and now they are at the core of the rifts between Muslim communities.” [3]

Following the Arab Spring and the conflict in Syria, networks established in the 1990s among the local populations were revived to recruit men and women to join conflicts in the Middle East. Although local media tends to portray these tensions as rifts between more moderate imams versus those of Salafist and Wahhabist identities, the struggle is increasingly that of power and control over religious institutions and their followers (Zëri, April 6).

People of the Balkans have historically practiced Sunni Islam based on Hanafi jurisprudence, inherited after centuries of Ottoman rule. Traditionally, there have been strong interfaith relations between Catholic, Christian Orthodox, and Muslim communities. That tradition is particularly visible in Albania, where interfaith marriages and shared religious celebrations are the norm (Terrorism Monitor, May 15, 2015). The conflicting dynamics and the polarizing effect of religious issues presents a challenge for counter-extremism initiatives that aim to avoid politicizing the factors that drive individuals into the hands of violent extremist groups.

Both the rhetoric and the reality appear to be different. At an interfaith summit in Prishtina in early June organized by Kosovo’s ministry of foreign affairs with more than a hundred interfaith groups from around the world represented, Kosovo’s counter terrorism unit director stressed the drop in foreign fighters was solely due to the work the security forces had conducted against targeted mosques and Islamist NGOs and the work civil society is currently doing.

Similar statements have been frequently reiterated by Albanian officials who attribute zero travels by IS supporters to Syria and Iraq to its own abilities and commitment to fight homegrown Islamist cells (Koha Jonë, February 29).

While some Kosovar civil society groups have in fact been actively engaging with schools and religious leaders to address the problem of extremism, Albania has been lagging behind. Instead it has focused on more top-down approaches, including a recent agreement between the United States and Albania aimed at setting up a Bureau of Investigations modeled after the United States’ own FBI and ongoing efforts at justice reforms needed to advance Albania’s aspirations to join the EU (Balkan Insight, February 12).

While overt calls by local religious leaders for people to partake in jihad have grown much rarer since last year’s the security crackdown, the radicalization of Western Balkan individuals continues. IS propaganda and official communications are often translated into Albanian. This has included recent speeches by IS spokesperson Abu Mohammad al-Adnani, who called for lone wolf attacks during the month of Ramadan in messages disseminated via a blog titled “Hilafeti,” the Albanian for the word for Caliphate.

As state institutions lack credibility, radical imams and similar groups are filling the vacuum, displacing moderate religious leaders and other local actors. Several testimonies from local civil society groups based in northeastern Albania describe the rapid transformation of local religious life and an increased commitment among local youth toward following imams. In the absence of a strong school system and meaningful employment opportunities, the lives of these individuals are increasingly shaped by religious doctrine.

Similarly, a recent questionnaire on public perceptions on violent extremism developed by the Kosovar Center for Security Studies found that 57 percent of respondents place a greater level of trust in religious institutions than in the judiciary (Gazeta Express, June 13). Previous reports have also found that Kosovar youth are also becoming increasingly conservative, with their main reference points for spiritual and intellectual guidance being local imams (Tema [Tirana], August 10).

Radicalization is also taking other forms. Sibel Halimi, a sociology professor at the University of Prishtina who looks at the role of women in the recruitment process, speaks of the “radicalization of social issues” as one of the key strategies used to control followers. She stresses that issues around sexuality, such as rules around virginity and family relations, are components that are increasingly highlighted by more conservative female recruiters and religious leaders to exert control.

“We need to stop looking at women as victims in the issue of radicalization and participation in violent extremism. We need to start taking into account that there are active women who partake in the recruitment process,” she said. “There are women who actively engage with younger girls to radicalize them.” [5]

While religious adherence has been an integral component of Western Balkan society, the increasing influence of Salafist and Wahhabist ideologies has led to a shift in views and attitudes and rifts between community leaders. Furthermore, this has contributed to a greater openness to the message of IS. Added to this, state responses have struggled, due largely to limited capacity and a lack of experience in tackling radicalization. While both countries look toward EU integration and their populations maintain positive views toward the West, growing geopolitical rifts, an IS presence, and the influence of radical Sunni Islam previously alien to the region’s indigenous Muslim populations could change the balance.

4) Strategy on Prevention of Violent Extremism and Radicalization Leading to Terrorism 2015-2020, Republic of Kosovo, https://www.kryeministri-ks.net/repository/docs/STRATEGY_parandalim_-_ENG.pdf 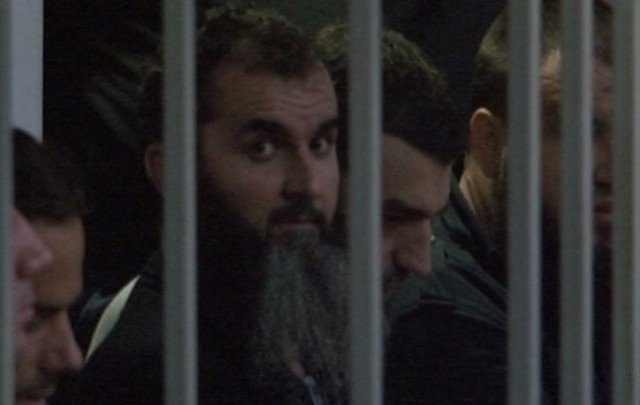 Back
Political Stalemate Heightens Appeal of ..Next
BRIEFS