A large-scale scandal was unleashed in Karachaevo-Cherkessia, after the republican branch of the United Russia party refused to register a popular politician, Aliy Totorkulov, as a candidate in the party’s primaries. Totorkulov is the chairman of the Russian Congress of Peoples of the Caucasus and the founder of Elbrusoid, a foundation for the development of Karachaevo-Cherkessian youth. According to the politician, the governor of the republic, Rashid Temrezov, did not want him to run in the primaries of the United Russia party’s republican chapter, because he wanted a fully pliant figure in the Russian parliament rather than an independent candidate like Totorkulov (Kommersant, April 26).

United Russia is trying out the mechanism of primary elections as a way to select the strongest possible candidates. However, the party appears to be blocking popular candidates to protect the power of the existing clans. Since United Russia is the country’s ruling party, which receives the vast majority of votes and the support of President Vladimir Putin, nearly every politician who wants to make a career in the government or have an impact on the country’s politics by using the political machinery of the United Russia party for such goals. However, the swelling of the party’s ranks has led to numerous internal rifts; many divergent political forces are competing against each other within United Russia. The effect of the conflict inside United Russia is particularly profound in multiethnic republics like Karachaevo-Cherkessia.

Elections to the State Duma, the lower house of Russia’s parliament, are scheduled to take place in September 2016. On May 22, United Russia is holding primaries across the country. The primary process is not limited to United Russia party members: civil activists and supporters of the party can also promote themselves as candidates. Totorkulov, who was not formally a member of United Russia, was one such candidate. The party chose to have relatively open primaries because its popularity is diminishing and is searching for “new blood,” including the search for popular public figures who were not members of United Russia but willing to run on its list. Still, the elites in Karachaevo-Cherkessia have been fighting hard to exclude politicians like Totorkulov, who was kept off the party’s list for alleged actions that “discredit United Russia and the political interests of the party” even though he was not a party member. Totorkulov is still planning to take part in the elections, but as an independent candidate or a member of a different party (Politika09.com, April 15).

Sulieta Kusova-Chukho, a well-known journalist in the northwestern Caucasus, noted with irony that it was quite hard to discredit the United Russia party more than the party itself had done. In order to undermine the party’s credibility further, “one would have to sneak into the ranks of the party as a terrorist or a cannibal,” he wrote (Kavkazskaya Politika, April 20).

United Russia’s reputation has, indeed, been significantly tarnished in the past several years. Arguably, the most damage to the party was done by civil activist and anti-corruption campaigner Aleksei Navalny, who exposed corruption inside United Russia and coined the name “Party of Swindlers and Thieves,” which stuck to United Russia for a while. However, since political power and information are monopolized in Russia, other parties find it hard to compete with the ruling party. Practically the entire government apparatus, at all levels, works in favor of the United Russia party. For example, in Moscow, the local administration puts up special “information boards” at every entrance of the apartment block, each featuring a United Russia candidate. These boards remain untouched because they are officially approved while the flyers of other parties are regularly removed by the janitors (Navalny.com, April 24). When relatively “soft” measures do not help, the government reverts to the overt persecution of the opposition, including Navalny’s Fund for Combatting Corruption (Navalny.com, April 20).

Meanwhile, the experts warn that the continuing economic decline in the country is likely to produce popular protests, and the government has to have some people to communicate with the protesters. The existing political institutions and political figures have become so detached from the actual life that they will be unlikely able to manage the upcoming crisis. The sense of an impending crisis in relations between the state and the population in Russia can be observed in the writings of analysts (Kavkazskaya Politika, April 20), as well as in the Russian government’s preparations for dispersing crowds of people protesting against economic hardship (Ekho Moskvy, April 23).

The disconnect between the government and the population is arguably the worst in the North Caucasus because Moscow handpicked the leaders of the region’s republics and excluded people from the political process for such a long time. This puts the North Caucasus regional authorities in a precarious state. Ironically, President Vladimir Putin recently called on United Russia to promote the inflow of “new blood” into the party to improve the party’s leadership positions (Rbc.ru, April 20).

However, as the jockeying within the elite of Karachaevo-Cherkessia indicates, United Russia is highly resistant to change. Indeed, Russia’s ruling party is likely to remain immune to internal political changes because it is essentially the party of the bureaucracy—a reincarnation of the Communist Party of the Soviet Union that can be removed from power only through a large-scale political crisis. 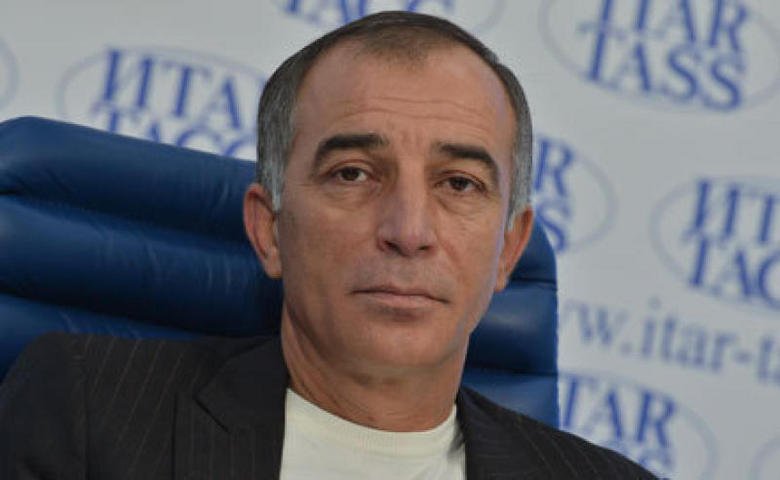 Back
Central Asia’s ‘Karabakhs’ May Be ..Next
Ukraine’s New Government Expected to C..

The Jamestown Foundation is pleased to present the hybrid in-person... END_OF_DOCUMENT_TOKEN_TO_BE_REPLACED

On November 17, Jamestown Foundation Senior Fellow Olevs Nikers was interviewed by Romania-based outlet Veridica regarding, among other topics, the best possible outcome for the... END_OF_DOCUMENT_TOKEN_TO_BE_REPLACED

The January 2021 issue of Militant Leadership Monitor features a brief on Hamid al-Jazaeri, the recently arrested leader of Saraya al-Khorasani; a look into Naufar Moulavi, a leading figure behind the 2019 Easter Sunday bombings in Sri Lanka; an analysis of Maalim Ayman, the al-Shabaab leader leading a special... END_OF_DOCUMENT_TOKEN_TO_BE_REPLACED