Hamid bin Abdallah al-Ali is an influential Salafi cleric in Kuwait. He is designated by the U.S. government as a global terrorism financier and supporter, yet his website is registered in Vancouver in Washington state. Figures such as al-Ali are critical to the education and doctrine of Salafis—especially those that join the armed resistance of the jihadi movement—yet they often fall under the radar while they continue to radicalize thousands of followers. Part of the reason behind the lack of attention that clerics like al-Ali receive in the West is due to the pronounced cultural differences between opinion-makers in the United States and in the Muslim world. It would be hard to imagine a leading public figure in the United States composing lines of poetry, for example, in response to a security or political development.

Yet, among Arabs—and true as well of Salafi-Jihadis—poetry remains a respected form of expression and one lauded by the elite. One of al-Ali’s poems, entitled “These Lines Were Composed By the Sheikh upon Hearing the News of Iran’s Nuclear Announcement,” published on https://h-alali.net on April 10, was read by more than 6,300 users. The poem offered al-Ali’s historical perspectives on Iran’s potential rise to power (in a fashion typical of his strong position against Shiite Muslims). However, the dense religious rhetoric typical of Salafi clerics, more than anything, prevents the West from understanding the message and importance of these individuals.

As one of the leading public Salafi personas in the Arab and Muslim world, al-Ali frequently comments—and sways Muslim opinion—on a variety of critical issues. He is outspoken about Iraq and the direction in which jihadi groups are moving the country; he regularly calls for unity among Salafi and jihadi groups; and he encourages the mujahideen to adhere strictly to the doctrine of the Salafiyya. His fatwas, articles and sermons have been received by hundreds of thousands of Arabic-speaking Muslims. Yet, he is perhaps most famous for his fatwa, issued in early 2001, sanctioning suicide bombings—and specifically the flying of aircraft into targets during such operations [1].

Born in 1960, al-Ali is married with five children [2]. He was a primary education teacher in Kuwait, where he taught Islamic studies. He studied Sharia (Islamic law) at the Islamic University of Medina from 1979 until 1988, receiving a Masters degree in tafsir (exegesis) and Quranic studies. This university, along with Umm al-Qura’ University in Mecca and Imam Muhammad bin Sa’ud University in Riyadh, is among the most prestigious Salafi educational institutions in the world. The curriculum of these universities provides the fundamentals of Salafi doctrine, and easily transitions from the clerics in U.S.-allied Saudi Arabia to those like Hamid al-Ali, who call for jihad against Americans as well as any Arab governments who support U.S. “aggression.”

After returning to Kuwait, al-Ali served as a professor of Islamic studies at Kuwait University for several years. He rose to the position of general secretary of al-Harakat al-Salafiyya fil-Kuwait (The Salafi Movement of Kuwait) by 1991, a position he maintained until 1999. A controversy arose in late 1999, when the Kuwaiti daily al-Siyassa was suspended for a week after publishing comments from al-Ali critical of Kuwait’s relationship with the United States. The tension with the Kuwaiti emirate escalated after he published fatwas declaring Kuwait and other governments kuffar—disbelievers and lawful targets for the mujahideen—for supporting non-Islamic countries’ aggression against the Muslim world. Following his arrest and a suspended sentence, al-Ali was officially banned from teaching or speaking in any institution under the auspices of the emir. Despite that, he has since become an even more prolific writer and speaker, well known in Kuwait and throughout the Arab world. He has since also become one of the leading voices of the jihadi movement.

Al-Ali maintains his highly popular website (https://h-alali.net), on which he posts a wide array of jihadi materials. His articles are also distributed on jihadi forums like elshouraa.ws, and Islamist websites like islamtoday.net. In his writings, he is most concerned with the proper implementation of the Sharia, and the doctrine and program of the Salafiyya being instilled upon the new generation of Muslims, as well as the mujahideen.

Ties to al-Qaeda and the Global Mujahideen

In January 2005, arrests by Kuwaiti security forces uncovered a Kuwaiti al-Qaeda cell planning attacks within the country. The arrests also led to evidence that al-Ali had been actively recruiting Kuwaiti youth for jihad in Iraq and in his home country [3]. The U.S. Treasury Department also maintains that al-Ali provided funds to training camps in Kuwait and posted technical assistance on explosives making and other training materials to his website. Yet, the specific acts of support to local terrorist groups pale in comparison to the effect he has had on countless Muslims guided by his teachings. His rulings and commentary on current events and political issues—like his contemporaries Abu Muhammad al-Maqdisi and Abu Basir al-Tartusi—frame the debate among Salafis, and between them and other Muslims. Even if temporarily silenced by the imposition of an official government ban, the writings of such individuals will live on into the indefinite future, reposted on various Islamist websites and discussion forums.

The doctrine of the Salafi movement instructs Muslims on all aspects of life, from the mundane to societal and political. Salafis, more so than traditional Sunni Muslims, restrict individual interpretation or consensus among scholars as sources of law, relying instead on the accounts of the first three generations of Muslims (the Salaf al-Saliyeen, or righteous predecessors, for which the movement is named). With their desire to return to the Islamic purity of seventh century Arabia, the movement leaves no room for disagreement or compromise in its doctrine. Competing ideas are labeled bida’ (innovation), kufr (disbelief), or shirk (polytheism, in particular as it applies to loyalty to a democratic regime and man-made laws).

This ideology is perpetuated largely through extensive funding from the Kingdom of Saudi Arabia and other Gulf states that are predominately Salafi (the movement originated in the late 1700s in the Najd, present-day eastern Saudi Arabia). Under this rubric, many Salafi teachings often condone jihad as a legitimate response to the military, political and economic aggression of the West.

An article by al-Ali published on April 17, republished widely across Islamic websites, such as Islamicnews.net, declared that Iraq has been “a demonstration to the occupiers…the Americans and Safavids [Iranians].” His extreme distrust of Shiites and their “true” agenda is persistent throughout his writings. Yet, more surprising, the same comments were made in an interview with Islamonline.net, a widely popular Islamic website under Yusuf al-Qaradawi. Clearly, his views and teachings have found an audience outside the relatively narrow ranks of the Salafi-Jihadis.

Another recent article, “What Will Follow the Coming War,” argues that the United States has brought and instilled ignorance along with its occupation, an intentional plan to corrupt the people of Iraq and the region (the period before Islam in Arabia is known as the age of ignorance). Similar to al-Ali’s own long-range strategic thinking, he sees the U.S. war as aimed at achieving two developments: the uprooting of Islam from society and the dividing of Iraq into pieces to be controlled by Iran, Israel and the United States. Accordingly, the only response to this aggression is for Muslims to join the jihad against these forces.

A fascinating parallel exists between al-Ali’s call for a war against the occupiers of Iraq with that of ibn Abd al-Wahhab (the founder of the Salafi/Wahhabi movement) and his ideological justifications for war against the foreign occupiers, the Ottoman Turks. Both called for jihad against fellow, non-Arab Muslims. In al-Ali’s case, it was a call to jihad against the Shiites of Iran; in ibn Abd al-Wahhab’s, it was the Sufi-practicing Sunni Turks. Although clearly a religious movement, one cannot discount that it is an Arab-led movement, whose discourse and literature are almost exclusively in Arabic (indeed, in the classical Arabic tongue of Arabia, where it was born). Other such instances have occurred, like ibn Taymiyya’s famous fatwa against the Mongols (the 13th century scholar who inspired much of ibn Abd al-Wahhab’s movement), declaring his fellow Muslims unbelievers for being insincere in their Islam, and hence lawful enemies.

Despite his clear ties to al-Qaeda and mujahideen in Kuwait, al-Ali is presented to thousands of Muslims as simply a senior Kuwaiti cleric. He enjoys this prestige, as do other Salafis, due to the juxtaposition of the Salafi movement with the two holiest sites in Islam, Mecca and Medina. To many, especially those less-educated Muslims who fulfill their Hajj duties, Salafi Islam is simply pure, or highly conservative Islam. Its exclusive reliance on the holy texts of Islam, seen by many as a return to the basics of the religion, obscures its true doctrine. It is thus seen not as a 17th century movement, arising largely out of the drive to expel Turkish Ottomans and their forces from Arabia, but Sunni Muslims who enjoy among the highest authority in Islam. Given this climate—and the view toward the Salafi movement by Muslims, Arabs and the West—it is unlikely that figures like Hamid al-Ali will cease the education and indoctrination of young Muslims into jihad. 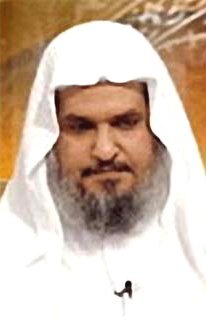 Back
Transforming Pakistan's Frontier CorpsNext
Dressed in Black: A Look at Pakistan's R..

The Jamestown Foundation was proud to host a webinar on... END_OF_DOCUMENT_TOKEN_TO_BE_REPLACED

Jamestown Foundation Analyst Richard Arnold was interviewed by PolitiFact for a story on the Lie of the Year 2022, or Putin’s long list of lies... END_OF_DOCUMENT_TOKEN_TO_BE_REPLACED

From the fourteenth to the seventeenth centuries, the Christian nations of Europe and the Shiites of Persia were forced to defend their lands against the inroads of an ever expanding Ottoman Empire, an empire whose awesome war machine at times appeared strong enough to absorb its immediate neighbors. One... END_OF_DOCUMENT_TOKEN_TO_BE_REPLACED