In order to boost the role of the National Guard within the national defense system and to continue to develop its structures, Latvia’s Defense Minister Raimonds Bergmanis recently ordered the commander of the National Armed Forces, Raimonds Graube, to transform the current National Guard regional formations into National Guard Infantry Brigades (Delfi.lv, March 21). This decision can be seen as a key turning point in further integrating the national armed forces with more cohesive command-and-control structures.

Currently, command and control over the Latvian military is divided between the two main entities of national defense—the country’s professional army (which consists of about 5,000 men) and the National Guard (a volunteer service, consisting of 8,000 men). Both make up the National Armed forces, according to the military’s structural plan, but are separated physically. In contrast, neighboring Estonia has a more integrated military structure, with the average size of the Estonian Regular Armed Forces in peacetime consisting of about 6,000 men, of whom roughly half are conscripts. Estonia’s Voluntary Defence League, or Home Guard as it is sometimes known, has about 15,000 members (Mil.ee, accessed April 1). The Lithuanian Armed Forces are far larger and consist of 15,500 active-duty personnel. Conscription in Lithuania was ended in September 2008, but was quickly reintroduced in 2015, after the Russian seizure and annexation of Crimea and Moscow’s intervention in eastern Ukraine (Kam.lt, accessed April 1).

Raimonds Rublovskis, a researcher at the Latvian Institute of International Affairs, argues that the “smallness” of the Latvian Armed Forces reveals the challenge of limited expertise, especially regarding strategic issues. According to Rublovskis, the country’s military leadership is mostly engaged in day-to-day operational-level business and domestic issues rather than being concerned with issues at the highest strategic level. Rublovskis indicates that such command-and-control limitations represent the real core of the problem for the Latvian military. He adds that in light of the small manpower size of the Latvian professional army, the Latvian top brass’s command capabilities do not exceed brigade level, nor do they have the capacity for decision-making at the division- or corps-commander levels (Liia.lv, accessed April 1).

Another command-and-control issue pertains to the territorial deployment of Latvia’s professional Army units as compared to the deployment of the National Guard units. While most of the Army’s professional units are located near the capital of Riga and its surroundings, 18 National Guard battalions are scattered throughout Latvia. Many of these National Guard units sorely lack equipment and, in some instances, even qualified personnel, which affects their combat readiness, especially in the strategically most important eastern parts of the country. This by itself, affects combat readiness and undermines the ability of the National Guard to work with the regular Latvian Army, not to mention Allied military forces in case of a necessary crisis intervention by the North Atlantic Treaty Organization (NATO) or the United States.

According to Defense Minister Bergmanis, during the years of the financial crisis, the Latvian National Guard suffered the most. “It is now time to return the ‘debt’ to the National Guard not only in the form of equipment and hardware but also to provide its structural integration within the National Armed Forces,” he declared. After visiting National Guard battalions across Latvia, Bergmanis said that he is firmly convinced that the National Guard is “committed, patriotic and focused on fulfilling its tasks” (Delfi.lv, March 21).

Furthermore, this year, the National Guard plans to continue to improve personnel training. A plan is also underway to modernize the equipment of the National Guard and increase recruitment, as well as search for economic incentives for private Latvian businesses to encourage their employees regularly to take part in National Guard training events. The government also intends to support youth education in national defense matters and strengthen the Youth Guard movement and to continue to increase the number of these units (Delfi.lv, March 21).

In another step toward greater integration of military command, Latvia plans to deploy a professional Army unit to the country’s east—likely around the easternmost cities of Daugavpils and Rēzekne—as well as relocate National Guard battalions to the eastern region by providing them with barracks, warehouses and a vehicle maintenance station. All of this will help increase these units’ overall combat readiness. Such changes in are being carried out in accordance with Latvian Prime Minister Maris Kučinskis’ policy directives and guidance, which mandate that Latvia strengthen the military’s combat readiness and ensure its broader presence in the east. The country also plans to proceed with border guard rearmament and training together with US National Guard advisors (TVNET, March 11).

Latvian parliamentary speaker Inara Mūrniece has recently publicly expressed her support for a return to military conscription. Her statement makes her the highest ranking politician to publicly back this idea since the abolition of conscription in 2007 (TVNET, April 1). While neighboring Lithuania has already reinstated conscription, Latvia likely still has a long road ahead as it debates this issue and strives to develop more cohesiveness in its military. But the current efforts underway to modernize the National Guard and improve the country’s command-and-control capabilities represent an important turning point in this Baltic republic’s military modernization and reforms. 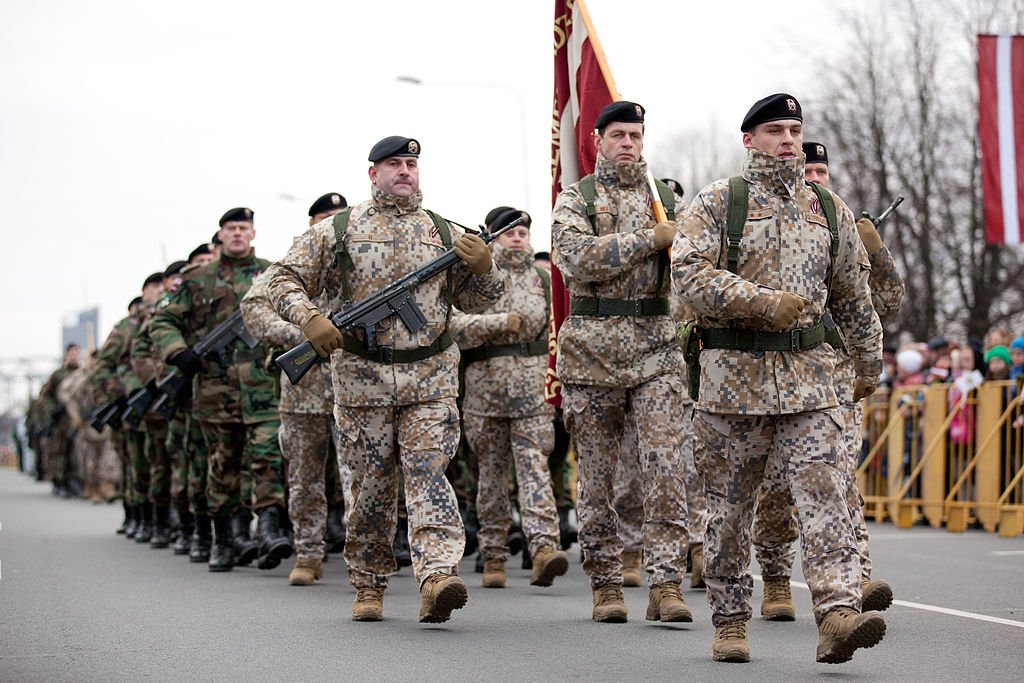 Back
South and North Ossetians Clash over Geo..Next
Nuclear Security and Arms Control Are No..

The Jamestown Foundation was proud to host a webinar on... END_OF_DOCUMENT_TOKEN_TO_BE_REPLACED

Jamestown Foundation Analyst Richard Arnold was interviewed by PolitiFact for a story on the Lie of the Year 2022, or Putin’s long list of lies... END_OF_DOCUMENT_TOKEN_TO_BE_REPLACED

The December 2022 issue of Militant Leadership Monitor starts off with a review of the life and death of Heru Sisanto, an Indonesian Jihadist militant in Yemen. Following the brief, there is a profile of Gulzar Imam, the leader of the Baloch Nationalist Army, who was recently arrested and... END_OF_DOCUMENT_TOKEN_TO_BE_REPLACED