A series of raids by Pakistani counterterrorism forces in recent months has resulted in the arrest of several members of Hizb ut Tahrir (HuT). The group remains an insidious threat to the country and one that should not be overlooked. While it has not yet perpetrated the systemic violence that Islamic State (IS) has become known for – despite its Central Asian chapter’s bloody involvement in the Tajik Civil War between 1992 and 1997 – the organization in Pakistan continues to quietly recruit influential members to its cause.

Recruiting to the Cause

Unlike its allies in the West, Pakistan has always viewed HuT as a significant threat. The Pakistan chapter of the group has made clear that its ultimate aim is an Islamist coup that would make way for its establishment of an Islamic Caliphate, which would be hastened through control of Pakistan’s nuclear arsenal. While it holds to a similar Salafist ideology as other radical groups (including Islamic State’s), HuT’s operational methodology is distinctive.

The group focuses its energies on recruiting highly qualified, successful, and often influential Pakistanis. The preferred targets are often bureaucrats, doctors, or military officers. It favors the use of dars, or closed-door gatherings and study sessions, to win over prospective members, after first reaching out to them at their local mosques. HuT recruiters are typically highly educated, eloquent and articulate, and often fluent in English. The potential recruits are invited – and often pressured – into attending the dars, which ultimately results in their joining the organization. [1]

HuT was founded in Jerusalem in 1953 by Taqiuddin Nabhani, a former jurist, cleric, and member of the Muslim Brotherhood. During the 1990s, the group, which is Salafist in outlook, gained a foothold in Central Asia, the Middle East, and Western Europe. The UK also became a notable hub of activity, and the organization there has successfully recruited a large number of young British nationals of Pakistani and Bangladeshi descent.

HuT’s Pakistan chapter was established in 1999 by British-born Pakistanis Imtiaz Malik and Maajid Nawaz alongside U.S.-educated Naveed Butt. The authorities outlawed the group in 2003 in the wake of its recruitment of military officers and use of anti-government propaganda campaigns. Military officers have frequently been the targets of HuT recruiters, with Butt, the HuT spokesperson for Pakistan, calling on military officers to “move now to uproot Pakistan’s traitor rulers.” [2]

The organization successfully recruited 13 Pakistani Army commandos in 2003, all of whom were later arrested and court marshalled (Dawn, October 12, 2012). In 2009, a military officer, Colonel Shahid Bashir, was arrested on the same charges (Dawn, May 14, 2009) and in 2012, Brigadier Ali Khan and four army majors were similarly charged (Dawn, August 3, 2012). According to an investigation by the military police’s Special Investigation Branch (SIB), Khan and the others were planning an aerial attack “to clear the way for establishing the Caliphate governance system in Pakistan” (Dawn, October, 12, 2012).

Over the last six months, a series of raids by the Counter Terrorism Department (CDT) of the Sindh and Punjab police saw the arrest of HuT activists who held key positions at Pakistani universities, as well as in the private and public sectors. The raids were arguably triggered by the August 2015 appearance of posters and pamphlets in Islamabad Capital Territory. The pamphlets called on Pakistanis to join HuT and condemned military and government officials for allying with the US and arresting clerics who called for the establishment of an Islamic Caliphate in Pakistan. They complained about networks of “American spies” in the country, called for the overthrow of the democratic system, and criticized government policies supportive of the International Monetary Fund (IMF). The pamphlets avoided naming the Afghan Taliban, but praised those calling for jihad in Afghanistan and against U.S. forces.

Among those arrested by the CTD for distributing HuT propaganda was Owais Raheel, a lecturer of statistics at Szabist Institute from Karachi’s affluent locality Clifton neighborhood. Raheel had been tasked by HuT’s high command with recruiting young people from among the educated, upper classes of Pakistani society (Express Tribune, October 8, 2015). Raheel was an engineer who had graduated from the country’s elite NED University of Engineering and Technology, according to CTD sources. He later studied business administration at the prestigious Institute of Business Administration (IBA), before joining HuT in 2007. He had been influenced by the speeches and sermons of Dr. Israr Ahmad, a former member of Jamaat-e-Islami and the founder of Tanzeem-e-Islami, which advocates the establishment of an Islamic Caliphate in Pakistan and the implementation of sharia law (Dawn, October 7, 2015).

In November 2015, CDT forces in Sindh arrested Hisam Qamar, the emir of HuT’s Karachi chapter. Qamar, who worked as the deputy general manager of the local power generation company called K-Electric, was found in possession of large amounts of HuT literature and was charged with recruiting for an outlawed organization, propagating anti-state material, and conspiring against the state (Dawn, November 28, 2015). Less than a month later, in two consecutive raids, CTD forces arrested three faculty members of the University of Punjab, including Ghalib Ata and Amir Saeed – both assistant professors – and lecturer Omer Nawab (Dawn, December 14, 2015).

The recent arrests indicate the creeping influence of HuT in Pakistan, with the group apparently drawing its most recent recruits from reputed educational institutions rather than from among the military officer class. The recent emergence of IS actors in Pakistan risks overshadowing the threat posed by HuT, which has long advocated the overthrow of the Pakistani government and the establishment of an Islamic Caliphate.

No links between the two have yet been established, but the resurgence of the HuT threat alongside the growing presence of IS is a serious concern for the security services. Despite HuT’s distinct operational methodology, both groups share the same ultimate goal.

[1] Author’s discussions with a former member of HuT in Islamabad. 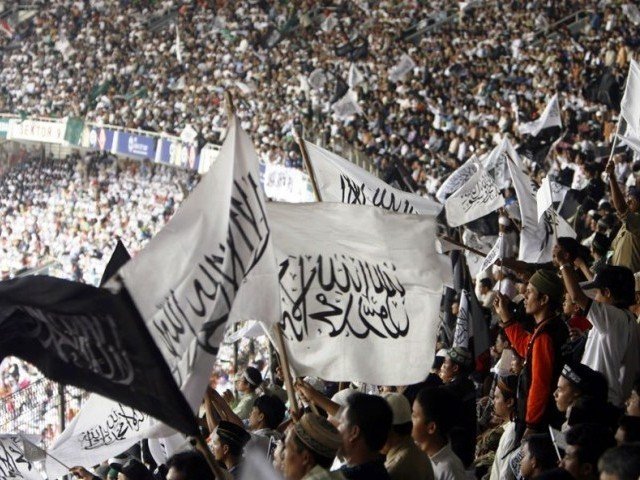 Back
AQIM’s Resurgence: Responding to Islam..Next
The Ben Guerdane Attack and Tunisia’s ..