As Tunisian jihadists with Islamic State (IS) in Libya come under increasing military pressure from local and international forces, they appear to be returning home with the intention of capturing territory. That manifested itself this month in the attack on the border town of Ben Guerdane, the first IS insurgency-style attack to hit Tunisia.

The Ben Guerdane attack is a worrying development for the Tunisian authorities who, while experiencing some success utilizing the security forces against domestic terrorists, still lack a comprehensive strategy to tackle radicalization.

Evolution of the Threat

Until 2014, the major external threat to Tunisia came from Algeria through the infiltration of fighters linked to al-Qaeda in the Islamic Maghreb (AQIM). These formed the core of the “Uqba ibn Nafi” brigade, which is the largest jihadist group operating in Tunisia. The crisis in Libya, however, has had a significant impact on the evolution of the jihadist threat, with dozens of Tunisian fighters with IS-linked groups returning home, in part as a result of targeted operations on their strongholds in Tripolitania.

As a result, the real threat to Tunisia now comes from Libya. Those behind last year’s attacks on the Bardo Museum and the beach resort in Sousse had received training in Libya. Many returning jihadists are former members of Ansar al-Sharia in Tunisia (AST) who, after the group was outlawed in in Tunisia in 2013, have found refuge in Libya and established new networks with jihadists operating there.

On February 19, a drone attack conducted by U.S. forces in the Libyan city of Sabratha targeted an IS-linked group’s training camp. At least 40 militants were killed, most of whom were Tunisian (Webdo.tn, February 20). Among them ​ was Noureddine Chouchane, who allegedly masterminded the Sousse attack. A week later, the authorities announced they had killed 33 jihadists in a clash on February 25; 13 of the jihadists were revealed to be Tunisian (Réalités, February 25). There have also been reports that Abu Iyadh, the AST leader, was killed in an airstrike in Libya, although his death has not been confirmed [1].

The partial dismantling of Tunisian cells linked to IS in Sabratha, 100 kilometers from the border with Tunisia, has raised concerns that IS-linked Tunisian fighters could soon return to Tunisia. On February 20, border authorities arrested five suspected militants entering Ben Guerdane from Sabratha (Tunisie Numerique, February 20). In the same area, between February 27 and 29, an additional 10 people were arrested, including three women from Gafsa who were attempting to travel to Libya (Nessma Tv, February 29). Then, on March 2, five militants were killed in a clash on the Libyan border (Jeune Afrique, March 3).

The Tunisian town of Ben Guerdane, close to the border with Libya, has become the focus of several recent attacks by Libyan-trained Tunisian militants. On March 7, a group of at least 50 jihadists attacked the town, targeting an army barracks and the homes of military officers. Thirty-six militants were killed in the battle that followed, along with seven civilians and 12 members of the security forces.

Just days before the attack a captured militant, Mohamed Ben Mohsen Ben Mohamed al-Gharbi, revealed Tunisian jihadists were developing a plan to use about 200 fighters in conjunction with car bombs to capture Ben Guerdane and proclaim a new province of the Islamic State in Tunisia (Webdo.tn, March 3). This is an important change in jihadist strategy in Libya and shows the direct involvement of IS-linked cells in Tunisia, which had until now only seen infiltration from al-Qaeda-linked groups.

Following the attack the government sent reinforcements to the city, imposing a curfew and closed the border with Libya.

The Tunisian authorities had stepped up counterterrorism operations ahead of the Ben Guerdane attack. On January 3, security forces killed a suspected jihadist in the area between Mount Serj and Mount Ballouta, in the governorate of Siliana (Tunisie Numerique, January 3). In the first few days of February, three militants were killed in a gun battle with security forces in the mountainous area of ​​Tounine, in the Gabes region, and on February 14, security forces arrested 12 suspected militants in Menzel Bourguiba (Kapitalis, February 15). Security forces subsequently recovered weapons and ammunitions in the wake of the various ambushes (Le Figaro, February 2). On February 22, another suspected jihadist was shot and killed near Mghila (Mosaique FM, February 22), after which security services were able to yet again recover weapons and ammunition, as well as arrest an additional 16 suspects (Global Post, February 22). On March 1 in Ain Jaffe, which lies between Sidi Bouzid and Kasserine, security forces killed four jihadists. Among them was Mohamed Basdouri, a militant wanted in connection with the Bardo and Sousse attacks, as well as for the killing of six members of the National Guard in Sidi Ali Ben Aoun in October 2013 (Tunisia Live, March 1).

Tunisia is also in the process of bolstering its border defenses. On February 6, construction was completed of a 200 km fence along the border with Libya, covering an area from the crossing point of Ras Jedir to Dhiba. Tunis is also stepping up strategic cooperation with its Western partners. Germany and the U.S. will assist Tunisia in installing electronic equipment on the border (Al-Jazeera, February 7). The UK has similarly sent 20 soldiers to train the local border forces (The Telegraph, March 7).

Successful operations by the security forces, however, are not in themselves enough to counter the small but growing number of homegrown militants who travel to Libya and nearby nations for training. Since 2012, between 6,000 and 7,000 Tunisians traveled to Syria, Iraq or Libya to train and fight, according to data provided by the Rescue Association of Tunisians Trapped Abroad (RATTA). The authorities have arrested at least another 12,000 in the same period who were supposedly planning to make the journey.

Since the 2013 banning of the AST, an indiscriminate crackdown on Salafists – including non-violent groups – has helped to bolster this number. In the more remote parts of the country, economic marginalization also contributes to radicalization, with young people aware that their hometowns are experiencing a level of economic development much lower than that experienced in coastal areas in the east. They are similarly aware that Tunisia’s political elite continues to be drawn from among the ranks of the former regime, albeit under a new guise.

The authorities’ neglect of young people is fomenting the seeds for a potential new crop of jihadists. A network of contacts between IS-related jihadist cells in Libya and the local population in Tunisia would allow IS to further exploit local grievances against the central government. It is worth noting that during the Ben Guerdane attack, officers’ private residences were targeted, which suggests local operatives are already in place.

Tunisia has yet to fully develop a multi-faceted counterterrorism strategy. It currently remains too singularly focused on security with little attention paid to de-radicalization or efforts to tackle the socioeconomic root causes of young Tunisians turning to radical Islam.

The Ben Guerdane attack has highlighted Tunisia’s vulnerability. If the situation in Libya continues to deteriorate, Tunisia will be the country most affected by spillover and thereby risks becoming a new outpost for IS-inspired jihadists. While the military has led the fight against terrorism with some success thus far, it requires greater support from international actors, especially the European Union and the U.S.

[1] On July 2, 2015, several sources reported that Abu Iyadj had been killed in a US airstrike conducted on June 13 targeting former AQIM commander Mokhtar Belmokhtar in Ajdabiya, Western Libya, however, his death has never been officially confirmed. Other sources list Abu Iyadh as one of the victims of the drone attack conducted by US against a jihadist training camp in Sabratha, Eastern Libya, on February 19 (Mosaique FM, 20 February). 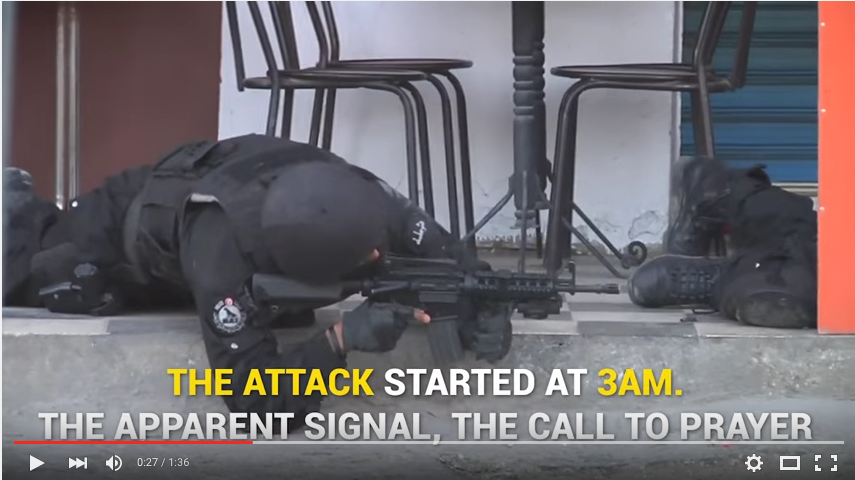 The Jamestown Foundation was proud to host a webinar on... END_OF_DOCUMENT_TOKEN_TO_BE_REPLACED

Jamestown Foundation Analyst Richard Arnold was interviewed by PolitiFact for a story on the Lie of the Year 2022, or Putin’s long list of lies... END_OF_DOCUMENT_TOKEN_TO_BE_REPLACED

In this Special Report “Pakistan’s Tribal Militants: Profiles from the Pashtun and Baloch Insurgencies,” we examine some of Pakistan’s tribal militant leaders in the Federally Administered Tribal Areas (FATA) and the North West Frontier Province (NWFP) as well as the tribal insurgency in Pakistan’s south, the Balochistan insurgency, which... END_OF_DOCUMENT_TOKEN_TO_BE_REPLACED