Sectarian violence in Pakistan’s troubled Baluchistan province dropped dramatically with the death of Lashkar-e-Jhangvi’s (LeJ) leader Usman Saifullah Kurd in 2015. Attacks, however, have continued under the group’s new leader, Dawood Badini, and LeJ appears as intent as ever on targeting members of the Hazara-Shia community in Quetta.

Although LeJ is a product of Pakistan’s deep-rooted Shia-Sunni sectarian conflict, its anti-Shia operations in Baluchistan were not the organization’s original focus. Formed in the late 1990s, it was primarily a Punjab-based group dominated by ethnic Punjabis; it was named after Haq Nawaz Jhagnvi, the founder of LeJ’s parent organization Sipah-e-Sahaba Pakistan. While Afghanistan was under Taliban rule, LeJ militants received training at al-Qaeda-run training camps in Afghanistan and developed links with al-Qaeda.

During Operation Enduring Freedom and the US invasion of Afghanistan in the wake of the 9/11 attacks, LeJ militants fought alongside Taliban fighters against US forces and Northern Alliance troops at Mazar-e-Shariff, and after 2001 some of the earliest terrorist attacks on foreigners in Pakistan were launched by LeJ fighters.

After Pakistan joined the US “war on terror,” the LeJ deliberately decentralized its structure. It divided into cells operating in different parts of Pakistan, including Baluchistan where a number of ethnic Baluch LeJ commanders came to prominence by carrying out successful attacks.

LeJ’s Baluchistan chapter targeted NATO supply convoys passing through Baluchistan to Afghanistan and launched attacks against Hazaras in Baluchistan as reprisals against Hazara-Shias who were part of the anti-Taliban Northern Alliance (and whose fighters were among the first to march into Kabul in December 2001).

Usman Kurd was behind much of LeJ’s success in Baluchistan. He modeled LeJ’s Baluchistan branch on the organizational structure in Sindh and Punjab provinces and ensured the LeJ’s original objective – to transform Pakistan into a Sunni Islamic state with Shias designated as kafir (infidels) – remained. In a statement issued after a January 16, 2013 terrorist attack, a LeJ spokesperson called it a “religious duty to kill all Shias, and to cleanse Pakistan of this impure nation” (al Jazeera, January 18, 2013).

Up until his death in 2015, Kurd masterminded at least 36 high profile terrorist attacks against the Shia community in Quetta. His success led the Baluchistan government to put a Rs 5 million ($47,700) bounty on his head (News International, February 17, 2015). His death, in clash with police in February 2015, was hailed by Pakistani law enforcement as an end to a “reign of terror” in Baluchistan (Geo TV, February 16, 2015).

Kurd had received training in Taliban-ruled Afghanistan between 1996 and 2001 and remained close to top leaders of LeJ, such as Malik Ishaq and Riaz Basra, both of Punjab province, and Shafiq ur Rehman Rind of Sindh (The News, February 17, 2015).

He was arrested by police in Karachi in 2006 and handed over to the authorities in Quetta, but managed to break out of the high security Quetta prison in 2008 and resumed his activities.

Under Kurd’s command LeJ was responsible for some of the deadliest attacks in Baluchistan. The worst occurred between 2012 and 2013, with LeJ responsible for two consecutive bombings at Alamdar Road, a Shia-Hazara neighborhood in Quetta, which killed 93 people and wounded 169 others (Dawn, January 11 2013). Another bombing, less than a month later, killed 80 people and wounded another 200 (Express Tribune, February 17, 2013).

LeJ also assassinated the deputy commissioner of Quetta, opening fire on him and his bodyguards while they visited the scene of a bomb blast that had killed 14 female nursing students at Bolan Medical College. Altogether 25 people lost their lives in multiple attacks (Dawn, June 16, 2013).

The deteriorating security situation in Baluchistan province and vocal protests by members of the Hazara-Shia community led then-Prime Minister Raja Pervez Ashraf to dismiss the Baluchistan provincial government and appoint Nawab Zulfiqar Magsi as governor, giving him a mandate to re-impose law and order (Dawn, January 13, 2013). Magsi had a good deal of success and there was a sharp decline in sectarian attacks, with the army called in to help the governor restore order.

Although Kurd was killed in 2015, he had already appointed Badini, a nephew of 9/11 mastermind Khalid Sheikh Mohammed, as his naib emir (second-in-command). Badini has strong family ties to terrorism. His cousins include Abdul Basit Abdul Karim (a.k.a. Ramzi Yousaf), the mastermind of first 1993 World Trade Centre bombing, and Amr al-Baluchi, a Guantanamo Bay detainee responsible for the attack on the US consulate in Karachi and husband of convicted al-Qaeda terrorist Aafia Siddiqui (Express Tribune, May 1, 2011).

Like Kurd, Badini was arrested by paramilitary Sindh Rangers in Karachi on June 12, 2003. He confessed to planning and executing major terrorist attacks in Quetta and was handed over to the Baluchistan authorities, but he escaped from custody (The News, January 15, 2013).

LeJ has continued its attacks under Badini, albeit they have been on a less ambitious scale. Gunmen killed five people in an attack on two teashops in June 2015 (Newsweek Pakistan, June 8, 2015). Three members of Hazara-Shia community were killed in an attack on July 6, 2015, and another two killed in targeted killing in downtown Quetta in November 2015 (The Nation, July 6, 2015; Express Tribune, November 7, 2015).

LeJ’s links to al-Qaeda and the Afghan Taliban meant that, in the wake of the US invasion of Afghanistan, much of its energy was diverted to events there.

Under Kurd, however, LeJ continued to carry out lethal attacks against the Hazara-Shia community in Baluchistan. Arguably its greatest success was to bring down the Baluchistan government in 2013, paralyzing it to such an extent that the central government had to step in and appoint Governor Magsi.

Although the situation in Baluchistan has subsequently improved, Badini, now at the reins of what is left of LeJ, has the experience and operational legitimacy to revive LeJ in Baluchistan. With the slow drawing down of US troops in Afghanistan, Pakistani law enforcement in Baluchistan would do well to act now and take the remnants of LeJ to task in order to avoid a LeJ resurgence. 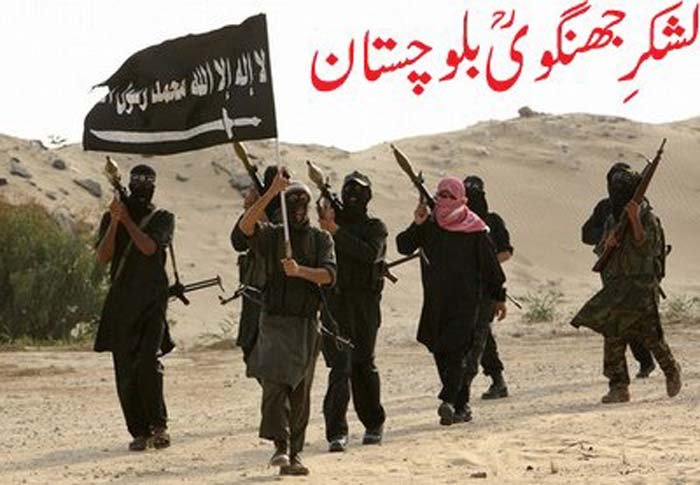 On August 4, the Jamestown Foundation held a webinar  on... END_OF_DOCUMENT_TOKEN_TO_BE_REPLACED

Jamestown Senior Fellow Margarita Assenova was featured in an event with the New Lines Institute for Strategy and Policy on Capitol Hill. The event was... END_OF_DOCUMENT_TOKEN_TO_BE_REPLACED

In this Quarterly Special Report (QSR) on the conflict in South Sudan, we focus on the civil wars, border disputes and rivalries between ethnic groups that have resulted in over half a century of violence in the country. The QSR begins with an overview by Andrew McGregor of South... END_OF_DOCUMENT_TOKEN_TO_BE_REPLACED