China’s assertiveness along its littoral—underscored by recent diplomatic disputes in the East China Sea and the South China Sea—has raised international concerns about how Beijing intends to project its growing military power.  While certainly worthy of attention, a narrow focus on Chinese activities along the periphery obscures a more profound trend, whereby the People’s Liberation Army (PLA) is modernizing in ways that will allow it to project forces farther beyond its borders.  In the wake of President Hu Jintao’s promulgation of the “historic missions of the armed forces in the new period in the new century” (xin shiji xin jieduan wojun lishi shiming) or “new historic missions” for the PLA in 2004, China has engaged in a variety of missions abroad, including counter-piracy operations in the Gulf of Aden, disaster relief in Haiti, and non-combatant evacuation operations in the Kyrgyzstan. Indeed, Beijing has invested resources in a number of platforms—such as large amphibious ships, long-range transport aircraft, at-sea replenishment vessels, and hospital ships—that cannot be explained in the context of preparing for a Taiwan conflict.  Meanwhile, the PLA has begun training and equipping for a wider range of activities, some of which have already been demonstrated on the international stage. These types of activities are likely harbingers of Chinese force projection over the next few decades [1].

Non-combatant Evacuation Operations (NEO): As Beijing’s foreign interests and holdings continue to grow, its citizens are increasingly living abroad to manage and engage in a variety of business, manufacturing, energy, and mineral extraction activities.  This trend increases the likelihood that foreign disasters, either natural or manmade, could affect Chinese citizens overseas. In the wake of ethnic unrest in southern Kyrgyzstan this past June, China evacuated nearly 1,300 nationals using a total of nine chartered flights (BBC Monitoring Asia Pacific, June 17). Similar small-scale Chinese non-combatant evacuation operations have also occurred in Haiti (2010) and the Solomon Islands (2006).

Peacekeeping Operations (PKO): China’s first foray into United Nations peacekeeping operations occurred in 1989, when Beijing sent 20 election observers to Namibia in support of UNTAG [2].  In subsequent years, the number of Chinese deployed at any one time has swelled to over 2,000 peacekeepers [3].  During this period, Chinese personnel have also participated in a wider range of activities well beyond their original observer duties, including peacekeeping and civil policing, as well as providing engineering, transport, and medical services.  Today, Chinese peacekeeping personnel can be found in Cote D’Ivoire (UNOCI), Lebanon (UNIFIL), Liberia (UNMIL), Democratic Republic of Congo (MONUC), Sudan (UNAMID & UNAMIS), Timor-Leste (UNMIT), and Western Sahara (MINURSO).  Participation in UN missions provides the PLA with a number of benefits such as training in a multinational context, experience in conducting military operations other than war (MOOTW), and operational knowledge of different political, ethnic, and geographic environments [4].

Humanitarian Assistance/Disaster Response (HA/DR): China has contributed to at least 10 HA/DR missions since 2002 [5].  These include taking an active role in responding to Cyclone Nargis in Burma in 2007 and sending a 60-person search and rescue team to Haiti in January 2010.  Meanwhile, the recent seventh revision of the PLA’s Outline of Military Training and Evaluation (OMTE), which delineates specific training requirements, underscored the importance of humanitarian assistance/disaster response.  Both the recently built Anwei-class hospital ships and multipurpose large amphibious ships (of which one was recently added to the fleet) will contribute to the deployment of emergency response personnel overseas [6].

Sea-lines of Communication (SLOC) Protection: In December 2008, days after Chinese sailors were rescued from a pirate attack by Malaysian naval forces, the PLAN dispatched a flotilla of three ships.  This original flotilla consisted of two destroyers, an at sea replenishment ship, included helicopters and approximately 70 naval special forces, and sailed over 4,600 nm to the Gulf of Aden [7].  Now two years later, China has deployed its seventh flotilla and has maintained a continuous presence in the Gulf.  Two Fuchi-class at-sea replenishment ships have alternated duties refueling a pair of deployed PLAN surface ships (a combination of various destroyers, frigates, and recently a landing platform dock), as well as re-stocking them with drinking water and food.  The at-sea replenishment ships have made extensive use of local ports to re-supply (See “The Chinese Navy’s Emerging Support Network in the Indian Ocean,” China Brief, July 22).

As the PLA’s force projection capabilities continue to improve over time, China will have the means to participate in a wider range of operations outside of its borders, to potentially include counterinsurgency, foreign internal defense, and even forcible entry operations.  Considered below are five categories of key platforms that will be crucial to China’s future force projection capabilities: transport aircraft, aerial refueling, large amphibious ships, aircraft carriers, and satellites.  The PLA will undoubtedly have to develop associated doctrine as well as tactics, techniques, and procedures (TTP) to effectively employ these platforms, but the actual development of the platforms is an important and necessary ingredient for force projection.

Transport aircraft: Transport aircraft are the quickest means to move troops and most materiel long distances and to send forces far inland, often necessary when infrastructure such as road and rail are lacking. Provided a friendly airfield (or at least permissive skies for airborne insertion or drop), transport aircraft are essential arrows in the quiver of force projection as they can deliver mission critical materiel to overseas units in hours or days, rather than weeks typically required by cargo ships. While only the United States and Russia possess numbers of transport aircraft ranging in the hundreds, China currently has a small but not insignificant fleet of approximately 47 large and medium transport aircraft (the Il-76M and Y-8, respectively) [8].  Augmenting China’s military airlift capability is a growing civil aviation fleet that consists of two dozen large transport aircraft and is composed of Boeing 747F, McDonnell Douglas MD-11F, and Airbus A-300F aircraft [9].

Aerial refueling: Aerial refueling presents another vital component for the projection of military force, without which many expeditionary capabilities are severely hampered.  China currently possesses approximately 13 aerial refueling aircraft that can deliver slightly over 35 percent of France’s total refueling capacity at a range of approximately 1,000 nm [10].  Cognizant of the need to improve capabilities in this realm, China has sought to purchase tankers abroad, as well as indigenously produce more aircraft capable of carrying out this task (Jane’s Intelligence Review, June 12, 2008).  Currently, the indigenously produced H-6U (converted from the B-6 medium bomber) is only capable of refueling PLA Air Force and Navy J-8s and J-10s through a probe-and-drogue system. China recently demonstrated its aerial refueling capability in support of simulated long-range operations this past September during the Peace Mission 2010 multilateral exercise in Kazakhstan (See “China Showcases Expeditionary Military Power in Peace Mission 2010,” Eurasia Daily Monitor, September 28).

Large amphibious ships: More than any other platform, large amphibious ships arguably most embody force projection because they allow a country to place forces ashore almost anywhere.  Based on sealift capability alone, China can currently transport a theoretical maximum of nearly 12,000 PLAN marines and PLA amphibious infantry for relatively short distances to potential hot spots in the East and South China Seas with its fleet of 50+ medium and tank landing ships (LSM and LST, respectively) [11].

With the recent acquisition of a landing platform dock (LPD), Beijing has begun to develop amphibious capabilities that can achieve global reach.  As a result of its single Type-071 LPD, an amphibious battalion of up to 800 PLAN marines can potentially be placed on nearly any undefended or lightly defended shore in the world without the need to secure basing rights or over-flight permission (Globalsecurity.org).  This ability of the Type-071 LPD to operate worldwide was demonstrated recently in the aforementioned SLOC protection operations in the Gulf of Aden and could also be used to support other types of operations in the future such as an out of area HA/DR or NEO.

Though its goals are currently unknown, China is likely to develop more large amphibious ships in the future.  For example, the theoretical acquisition of an additional two Type-071 LPD would provide enough sealift for a Marine Expeditionary Unit-sized force—a unit that is arguably the United States’ most flexible tool for force projection. However, to achieve true MEU-like ability China would still need to develop or acquire a helicopter carrier such as a landing helicopter assault (LHA) or landing helicopter dock (LHD) to provide air support.

Aircraft carriers: China is by some accounts currently pressing ahead with refurbishing the Soviet-built, Ukrainian-supplied carrier Varyag. Others have suggested that Beijing is seeking to build an indigenous carrier from scratch (See “Is the PLA Navy Making Plans for a Three Carrier Battle Group?”, China Brief, January 4, 2008; “China’s ‘Charm Offensive’ Loses Momentum in Southeast Asia [Part I],” China Brief, April 29). Further speculation exists over whether the PLAN will purchase Russian built aircraft such as the Su-33 or develop an aircraft carrier capable version of the J-10, tentatively named the J-15 [12].  A future Chinese aircraft carrier would provide defensive air cover and a platform for strike aircraft, a capability that would vastly enhance force projection capabilities and flexibility, but is certainly not the only means to prosecute such operations.

Satellites: China is developing satellites for intelligence, surveillance, and reconnaissance (ISR) and navigation purposes.  The Jianbing/Haiyang series of electro-optical and synthetic aperture radar (SAR) reconnaissance satellites has grown over the past decade and is currently supplemented by one Tianlian data relay satellite [13].  China is expected to eventually develop a future network of six data relay satellites that will provide near real-time feeds of its various ISR satellites [14]. Not willing to fully rely on unimpeded access to the U.S. maintained GPS network in the future (a system that Washington can turn off), China sees its Beidou series of satellites as an important means of navigation.  That said Beijing has yet to expand the system for extra-regional use [15].

Although still relatively nascent compared to France or the United Kingdom, two countries that regularly send forces abroad, Chinese force projection capabilities are growing and expanding under the broad rubric of President Hu’s “new historic missions.”  The development witnessed in these growing operational capabilities along with an expanded strategic-level focus potentially is a double-edged sword, likely to have profound implications for both the U.S.-Sino relationship and international politics more broadly.

On the one hand, Washington’s call for China to become a “responsible stakeholder” in the international system implies burden sharing in the maintenance of international peace and security.  In this regard, a more active and capable PLA will enable China to better contribute to multilateral efforts seeking to provide global public goods.  The ability to identify and capitalize upon opportunities for military-to-military collaboration will be a crucial task for U.S. policymakers. On the other, even in the defense of the global commons—the policing of sea-lanes, for instance—Chinese force projection capabilities have the potential to erode or displace American leadership.  A more active PLA also increases the possibility of encountering U.S. forces abroad or, even possibly, of the PLA operating at cross-purposes to American interests.  Finally, future expeditionary activities, even of a non-combat nature, will further improve the war-fighting capabilities of the PLA, a point clearly not lost on Chinese strategists. 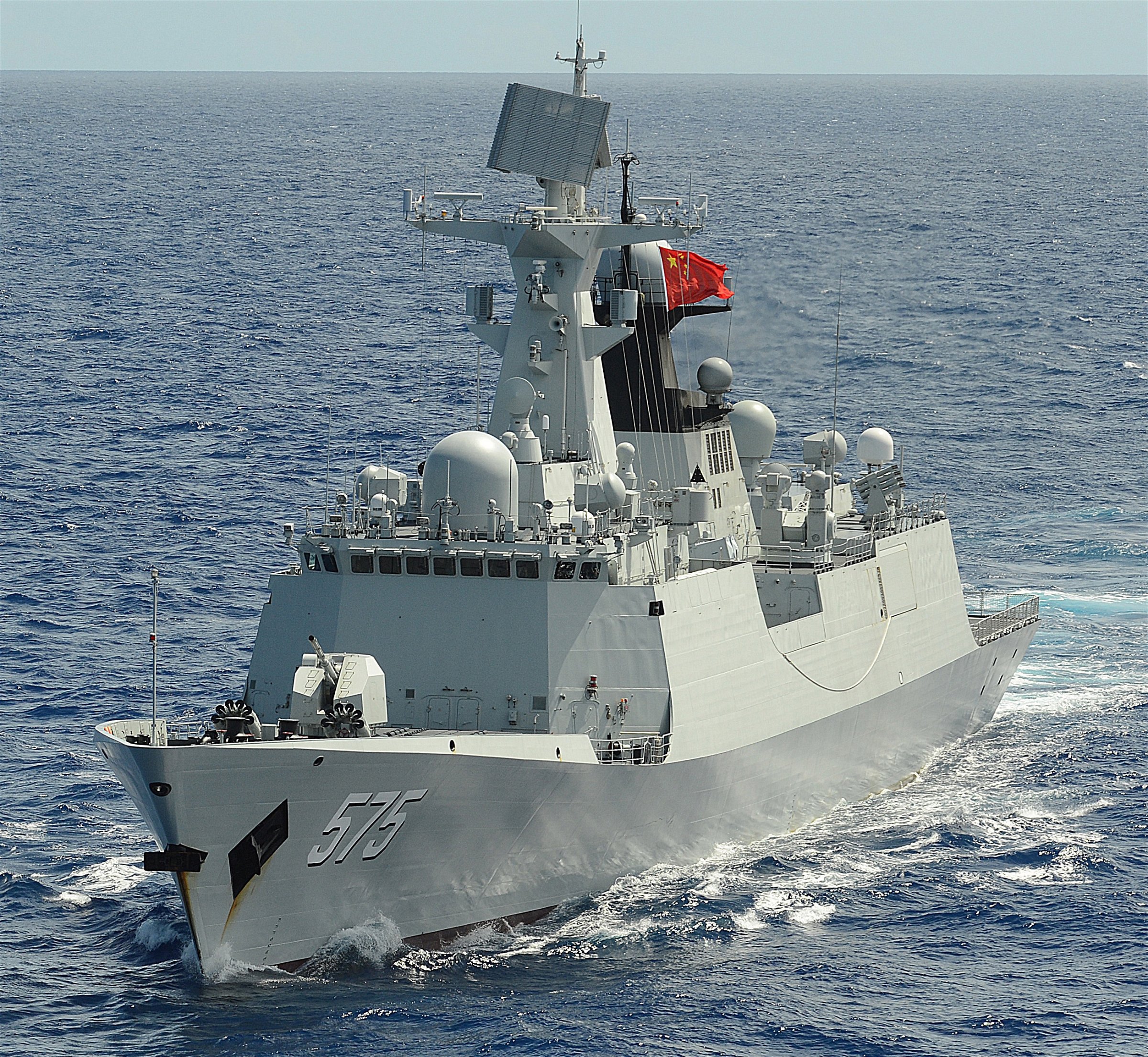