One in three questions posed to President Vladimir Putin during his recent annual live phone-in show covered issues of national security. Public interest in events in Donbas has apparently shrunk substantially, and the only concerns expressed about the Islamic State (IS) were limited to worries about fighters possibly returning Russia. Putin clarified that the Syria withdrawal was never intended to mark a pull-out of all Russian forces, adding that the Syrian Arab Army (SAA) is capable of further successes. The level of air power Russia deploys and uses in Syria depends on the success of its military advisors in conducting the intense train-and-equip program for the SAA. Some of these advisors are personnel belonging to Russia’s most secretive military organization: the Special Operations Forces Command (Komandovaniye Sil Spetsial’nykh Operatsiy—KSSO). These forces are acclaimed for their roles in seizing Crimea and, more recently, for their involvement in operations in Syria. They constitute an important force multiplier in the Kremlin’s efforts to apply small numbers of military personnel and assets to achieve maximum impact toward political-military objectives (Voyenno Promyshlennyy Kuryer, April 19).

The KSSO—probably numbering no more than 1,000 personnel in total—is a relatively new organization in Russia’s military toolkit, but a recent article in Voyenno Promyshlennyy Kuryer sheds fresh light on its origins, development and purpose. The received narrative about the creation of the KSSO attributes its formation to the new defense leadership in early 2013: Defense Minister Army-General Sergei Shoigu and Chief of the General Staff (CGS) Army-General Valeriy Gerasimov. Indeed, announcing the creation of the KSSO in March 2013, Gerasimov confirmed that it resulted from extensive study of the experience of the structure of special forces in foreign countries, with Russia’s defense ministry forming such a command in addition to the existing various types of special forces across the power ministries. However, Gerasimov’s predecessor Nikolai Makarov had also expressed this interest much earlier, with an experiment in 2009 to create an office of special operations subordinate directly to the CGS. By early 2012, Makarov was talking about forming a KSSO, with plans for up to nine special-purpose brigades and expansion of the existing system of military intelligence special forces (GRU Spetsnaz) (RIA Novosti, March 6, 2013).

Indeed, the original plans to form the KSSO were designed to integrate existing special forces centers, forming a single command that would be accountable to the defense minister. These plans were devised by the General Staff and GRU Spetsnaz and submitted to the then-defense minister, Anatoliy Serdyukov, in October 2012. But Serdyukov flatly rejected the proposals. These were later resubmitted after the change in defense leadership, with supporting arguments advanced that it aimed at optimizing and reorganizing existing structures (Izvestia, November 27, 2012).

It is precisely this context that is addressed by Alexei Mikhailov in his article in Voyenno Promyshlennyy Kuryer. Mikhailov notes the role played by these special operations forces in Syria: namely, guiding and correcting air strikes, including the use of cruise missiles, and acting in other capacities. His starting point in tracing the origins of the KSSO are not in 2009 and Makarov’s interest, but rather a decade earlier, pointing out several developments under CGS Anatoliy Kvashnin. Mikhailov noted that, in 1999, a specialist training center was formed in Solnechnogorsk, to report directly to the CGS. The center was known as “Senezh,” with its operatives referred to as “podsolnukhami.” It drew heavily on the experience of counter-insurgency and special operations in Chechnya (Voyenno Promyshlennyy Kuryer, April 19).

Mikhailov discusses the fact that until the KSSO resolved such issues, there were, in effect, four distinct and disparate areas for special forces training. These stemmed from sources of recruitment through to mission type. Airborne Forces rehearsed difficult jumps in order to fulfill a special role during operations. Others were trained in mountain warfare, with specialist training at the Mount Elbrus training center “Terskol.” Additional requirements were linked to the need to storm buildings or seize various enemy targets in difficult conditions or terrain. Finally, maritime specialist skills training was needed by forces operating at sea to capture or sabotage enemy ships of off-shore facilities. Some also argued that the experience in Chechnya yielded an additional niche area for the special forces—providing protection for senior military personnel—but this never really succeeded. In other words, the reformists in the General Staff had come to identify problems in the use of special forces that were rooted in preparing highly trained specialists operating in several different areas. Despite this, the Senezh Center was marked out by building a culture of teamwork among its trainees, and this was increasingly a factor in recruitment—namely, the ability of each candidate to work in a team. According to Mikhailov’s interlocutors, this principle is strictly followed in the KSSO (Voyenno Promyshlennyy Kuryer, April 19).

“Podsolnukhami” from the “Senezh,” were extensively deployed and saw action in Chechnya, and more recently in anti-piracy operations in the Horn of Africa; understandably, their activities are classified as top secret. However, it appears that the experience of operations in Chechnya and abroad revealed that the subordination of the Senezh operatives was not optimal. Serdyukov made changes leading to the later creation of the KSSO. The defense ministry Senezh Special Operations Center reported directly to the CGS, while Serdyukov frequently visited the Center and took an interest in its development. He is credited, for example, with placing Il-76 transporters at its disposal 24/7 (Voyenno Promyshlennyy Kuryer, April 19).

By 2010, the Russian defense ministry had a second Special Operations Center, in Kubinka, subordinated to the chief of the GRU. Its creation was overseen by Serdyukov’s aide Lieutenant-General Alexander Miroshnichenko, who previously headed the Federal Security Service (FSB) Special Operations Center (Tsentr Spetsial’nogo Naznacheniya—TsSN FSB). Relations between these centers soon deteriorated as they promoted competing views on how the special forces should develop. It is suggested that the FSB “Alfa” approach concentrates on encouraging individualism, in contrast to the Senezh Center (Voyenno Promyshlennyy Kuryer, April 19).

The resolution to this internal conflict came in March 2013, with the formal creation of the KSSO. And with it, these structures were subordinated in a more cohesive manner. Major-General Alexey Dyumin was appointed commander of the KSSO, seen by many as a compromise figure. Miroshnichenko, continues to attract into the new structure his former subordinates from the TsSN FSB (Voyenno Promyshlennyy Kuryer, April 19). It appears, therefore, that its recruits are mainly a mixture of former members of the GRU Spetsnaz and FSB Alfa. 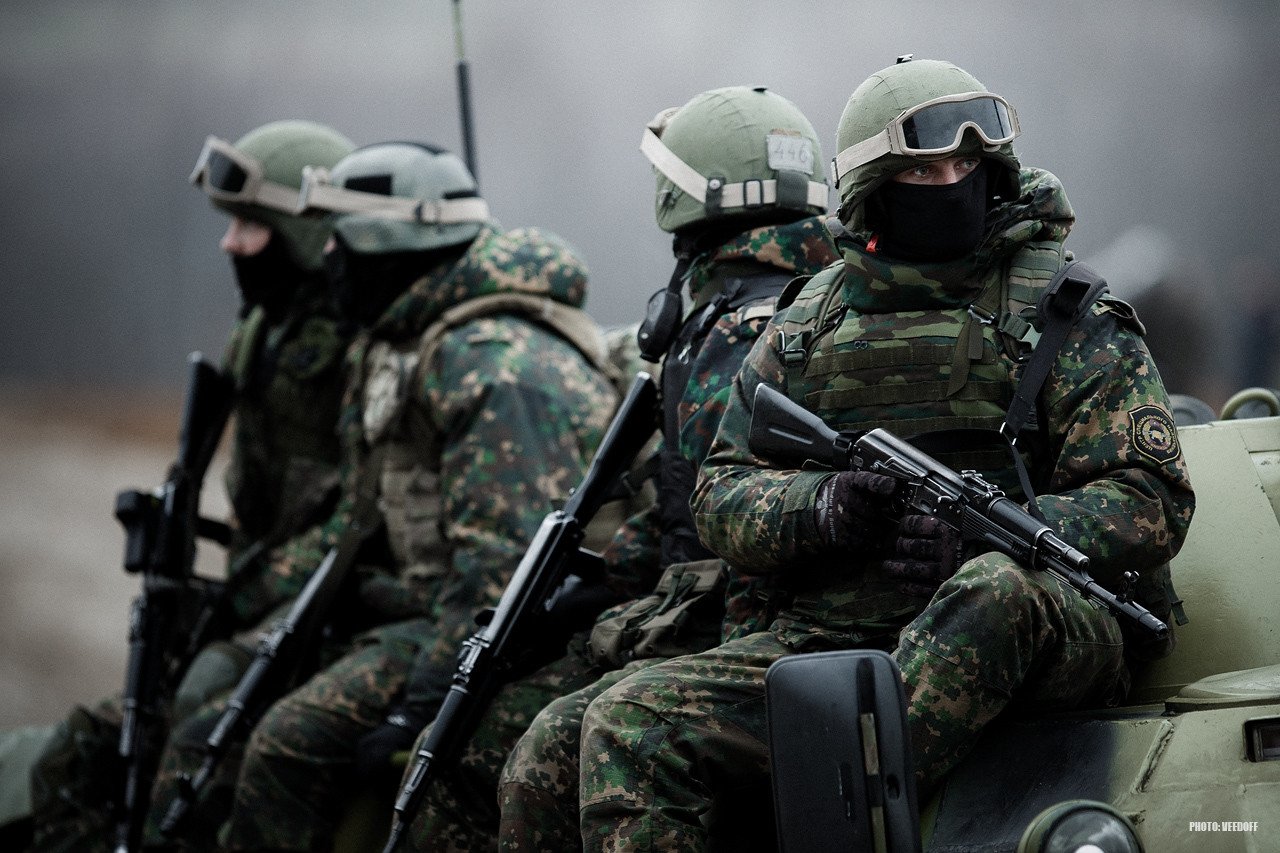 Back
Romania Bidding for Influence in Moldova..Next
Central Asia’s ‘Karabakhs’ May Be ..