Although its power seems firmly entrenched, Vlad Plahotniuc’s government needs some external legitimacy and urgent financial support. Romania seems to be the only possible recourse at this time (see Parts One and Two in EDM, April 22, 26).

The European Union withholds any form of political legitimization for Plahotniuc’s government. The EU, the International Monetary Fund (IMF) and the World Bank have suspended all financial support, attaching stringent conditions to any further lending to this government. Some known pro-government commentators (who also describe themselves as “pro-Europe”) blame the EU’s mission in Chisinau for that situation and have launched scurrilous attacks on the mission (Deschide.md, April 6, 25)—a procedure that would have been unthinkable until now.

Russia, meanwhile, is hedging its bets regarding Moldova generally and Plahotniuc personally. He is not obtaining access to the Kremlin, but neither is he being attacked (as he was, with vitriol, in January) by Kremlin media. The Moldovan government has, in recent weeks, reopened several diplomatic channels with Moscow, seeking “normalization,” not rapprochement. This will not result in economic favors to the government, nor in some form of political acceptance of Plahotniuc in Moscow any time soon.

Plahotniuc’s government can only turn to Romania, until the Moldovan presidential election due in October. He hopes for two deliverables from Romania in the short term. First, a start to disbursements of tranches from the €150 million ($170 million) credit line, as Moldova is still without a budget for 2016. The Romanian government and parliament have approved this low-interest credit, but disbursement is conditional on certain financial sector reforms and anti-corruption measures that Moldova has yet to enact.

Second, Plahotniuc wants Bucharest to urge Moldova’s pro-Western groups to desist from nominating their common candidate for the October presidential election. Plahotniuc will undoubtedly launch a controlled candidate (or more than one) in the presidential race. That candidate might, however, be stopped by a joint candidate of the pro-Western parties. Plahotniuc wants those and other groups to support his nominee, lifting him into the runoff against the likely pro-Russia candidate, Socialist Party leader Igor Dodon. Such a scenario would cast Plahotniuc, with his resources and political apparatus, as Moldova’s protector from Russian influence.

However, Plahotniuc also seems to consider making a deal with Dodon in the run-up to the presidential election. A separate deal between them would marginalize Renato Usatii’s Our Party, which is the other pro-Russia party with a large Moldovan following. This scenario is widely discussed in political circles and the press, based on the latest instances of cooperation between them. A television channel affiliated with Dodon’s Socialist Party has recently been granted a frequency with country-wide coverage, by decision of the Plahotniuc-controlled Audio-Visual Council (media regulatory agency). In return, the Socialist parliamentary group has introduced and helped enact an amendment to the law on media ownership, enabling Plahotniuc to retain his four TV channels until 2021, instead of limiting his holding to two TV channels as of this year. The Plahotniuc-controlled parliamentary majority is willing to appoint a Socialist as chairman of the Central Electoral Commission, ahead of the elections. Plahotniuc’s Democratic Party and the Socialist Party (along with the rump Communists) have together adopted a declaration in parliament, calling for restrictions on Moldova’s cooperation with the North Atlantic Treaty Organization (NATO) and threatening to legislate such restrictions.

At the same time, Plahotniuc’s government is opening a wide scope for “unionist” Moldovan and Romanian groups to conduct their activities in Moldova. On March 27, the government-owned National Palace (Chisinau’s most prestigious conference hall) hosted a unionist congress with more than 1,000 participants, on the 98th anniversary of Bessarabia’s unification with Romania. Blueprints and road maps for the Republic of Moldova’s re-unification with Romania were debated and approved at this congress (Unimedia, March 27, 28). Other unionist groups and initiatives are developing in parallel (see EDM, February 9). Some of these emphasize raising the Romanian national-cultural awareness among Moldovans; while others envisage political actions in preparation for 2018, the first unification’s centennial (see above).

The scope and tempo of these activities are unprecedented, but their significance is far more symbolic than practical at present. What makes such debates possible and perhaps inevitable (even if theoretically) is the breakdown of Moldova’s process of association with the European Union, the EU’s own inward turn, and Romania’s growing sense of responsibility for consolidating Moldova (see Part One).

A Romanian policy that disproportionately emphasizes Moldova’s Romanian dimensions will not be effective, however. Moldova’s Moldovan dimensions (i.e., the specific local identity) and the post-imperial “Russian-speaking” identities also need to be addressed. Romania has recently made a promising start in reaching out to the Gagauz. The city of Balti can be next in line. Looking beyond those enclaves, to call for a “Moldova without Dodon and Usatii” is unrealistic. Many, probably most of their voters in the territory between the Prut and Nistru rivers are Moldovan/Romanian-speaking. As Romania’s role and responsibilities increase in Moldova, it will need to reach out to the masses of voters of what are now the pro-Russia parties. 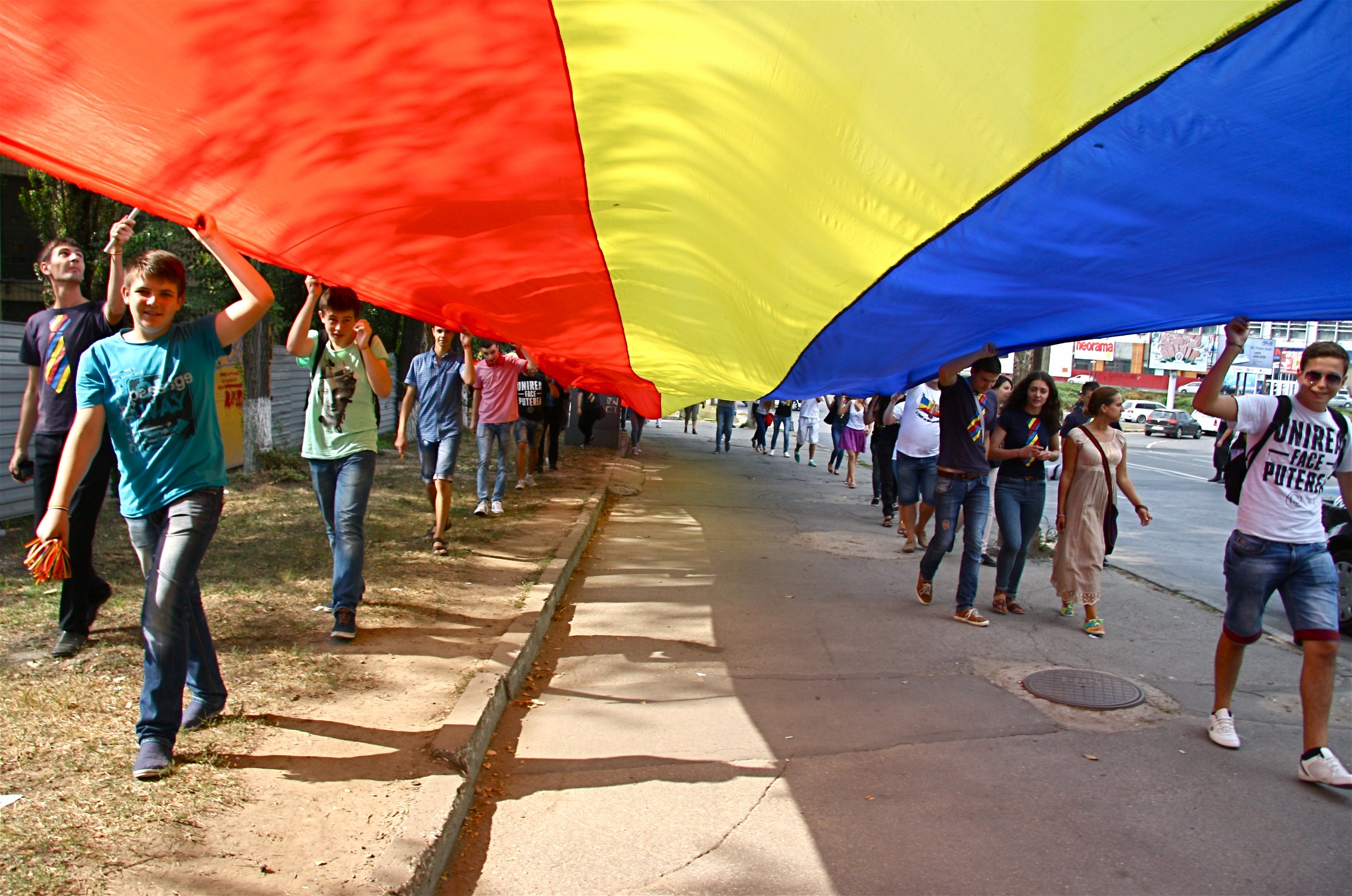 The Jamestown Foundation is proud to present a webinar on “Broken... END_OF_DOCUMENT_TOKEN_TO_BE_REPLACED

On January 27, The New York Times published an article concerning Russia’s military modernization and its impact on the Ukraine crisis. In the article, Jamestown Board... END_OF_DOCUMENT_TOKEN_TO_BE_REPLACED