Since the March 2015 release of Islamic State’s (IS) “Tunis for us and not for the apostates” video, there has been a significant increase in the level of jihadist violence in Tunisia. Much of this has been driven by IS, which coordinates its grimly characteristic high profile, mass-casualty attacks from neighboring Libya. This was made explicit in the 2015 video, which showed a masked militant named Abu Yahya al-Tounessi calling on his brothers to join him in Libya and prepare for a wider campaign.

“We are coming back to conquer Tunisia,” al-Tounessi warned. “I swear you will not be at ease now with the Islamic State a few kilometers from you just across the border.” [1]

Between September 2012 and October 2014, the al-Qaeda-linked Ansar al-Sharia Tunisia (AST) was by far the most visible jihadist organization in Tunisia. It built a popular support base following the overthrow of President Zine El Abidine Ben Ali in 2011, and a flourishing black market weapons trade enabled the jihadists to prepare for a slow burning but escalating confrontation with the state (CTC Sentinel, October 22, 2015).

Similarly, Katibat Uqba Ibn Nafi (KUIN), labeled by the Tunisian government as a cut-out for al-Qaeda in the Islamic Maghreb (AQIM), a label the group only acknowledged in 2015, has carried out a low-level insurgency from its bases in Tunisia’s impoverished and neglected Jebel Chaambi area along the western border with Algeria since late 2012.

Over that period, however, jihadist violence remained at a relatively low level. AST’s attacks were skewed heavily towards military targets, and over its entire lifespan (a government crackdown on the group effectively put an end to it by late 2014), AST killed fewer than 10 civilians and 30 members of the Tunisian security forces.

KUIN was responsible for the country’s deadliest terrorist attack when militants in Jebel Chaambi ambushed two military checkpoints on July 16, 2014, killing 15 and wounding 25 soldiers. Nevertheless, KUIN’s operation in Henchir el-Talla remains something of an aberration, as its second deadliest attack killed only four soldiers.

Although the number of terrorist incidents in Tunisia over the years has remained fairly constant (see Figure 1), the level of jihadist violence in Tunisia has escalated significantly since the emergence of IS last year. From September 2012 until the Bardo National Museum attack in March 2015—the first IS attack in Tunisia—jihadists killed fewer than 85 individuals, the overwhelming majority members of them members of the Tunisian security forces.

For comparison, during that same time period, jihadists in neighboring Algeria and Libya killed more than 140 and 875 people, respectively (START Global Terrorism Database, April 3). An IS statement described the attack on the Bardo National Museum as “the first drop of the rain,” and three months later the group made good on this by killing 37 civilians in Sousse (Jihadology.net, March 19, 2015).

Following IS’ split from al-Qaeda in February 2014, AST and KUIN’s leadership remained loyal to al-Qaeda leader Ayman al-Zawahiri. Their foot soldiers, however, gravitated towards IS. This phenomenon, where an al-Qaeda affiliate’s leadership remains loyal to al-Zawahiri while younger fighters defect to IS, has largely held up across al-Qaeda’s network and helps to explain why IS has been able to establish a foothold in areas where al-Qaeda-linked groups initially dominated the jihadist landscape.

IS has had considerable success in attracting Tunisians to fight in Syria and Iraq. An estimated 7,000 Tunisian jihadists have fought under the IS banner in Syria and Iraq, and at least 625 of them are estimated to have returned home (Soufan Group, December 2015).

Since then, the data shows, IS attacks have accounted for most of the attacks and the majority of the casualties (see Figure 1 and Figure 2). Even in cases where it was unclear who was behind the attacks – coded under the catchall “Islamist militants” in the data – it is probable that IS inspired them.

AST and KUIN have collectively killed fewer civilians in total than IS did in its first attack. While KUIN’s attacks have mostly been against security forces within Kasserine, IS has projected strength across a much larger geographic area, conducting lethal attacks in Sousse, Kasserine, Medenine, Tunis, and Sidi Bouzid governorates.

A few other trends become clear when looking at the attack data. Many of IS’ early attacks targeted the Tunisian tourism industry, a key driver of the country’s economy. The attacks against the Bardo National Museum and British holidaymakers at the Sousse resort were intended to scare away tourists, weaken the economy, and swell the jihadists’ ranks with unemployed, disillusioned youth.

In November 2015, IS claimed responsibility for a suicide operation against a bus carrying members of the presidential guard. Also, the Tunisian government has accused the group of carrying out the March 2016 Ben Guardane attack, which targeted police, military, and national-guard posts.

IS has killed a larger number of soldiers since its emergence than either AST or KUIN, although KUIN’s July 2014 attack remains the single deadliest incident for Tunisia’s military.

IS attacks against symbolic targets and security forces likely serve several purposes. They demonstrate the security forces’ inability to prevent terrorism and provoke the government to adopt a heavy-handed response. As the authorities move to crack down on jihadist networks, arbitrary arrests, torture, and intrusive security measures discourage locals from cooperating with security forces and push more young towards IS.

But the shift also shows how effective IS’ earlier strikes were – the group’s attacks on Sousse beach and the Bardo museum delivered a fatal blow to Tunisia’s image as a tourist destination. Tourism revenue plummeted by a staggering 54 percent in the first two months of 2016, compared to the same period in 2015 (Hurrieyet Daily News, March 31). After the Ben Guerdane attacks, the U.S. State Department issued a travel warning for southeastern Tunisia and the mountainous areas in the country’s west, urging travelers to “exercise caution in all parts of Tunisia” (US Department of State, April 1).

An Islamic State Enclave in Tunisia?

The IS end goal in Tunisia is to overrun an area along the Libyan border in order to establish and govern a new province. On March 24, the security forces detained 15 IS fighters in the town of Sened; their confessions revealed that they had received weapons training in Libya and planned to establish an emirate in Gafsa in southwest Tunisia (Mosaique.fm, March 30).

Over 1,000 Tunisian nationals are reported to be fighting under the IS banner in Libya. Meanwhile, training camps in Sabratha and other border cities appear to be the center of IS’ operations against Tunisia (Terrorism Monitor, April 1; Washington Institute, July 6, 2015).

Authorities believe the Tunisian nationals involved in the Bardo Museum and Sousse beach attacks trained at the Sabratha facility. While it is still unclear how many of the Ben Guerdane attackers trained outside of Tunisia, the IS leadership in Libya most likely directed the attack. Several days earlier, the authorities warned that Moez Fezzani, a career jihadist who fought with IS in Syria and is now thought to be active in Libya, was working with Miftah Manita, one of the individuals whom Tunisian security forces killed in the recent Ben Guerdane assault (Twitter, March 9).

A government spokesman claimed that most of the attackers were Tunisian nationals who had been living in Ben Guerdane and were part of a large sleeper cell network in the city. Given the dozens of militants involved and the sophisticated nature of the operation, it is not implausible that hundreds of local residents supported and supplied the terrorists.

And while the recent escalation has centered on Ben Guerdane, past terrorist attacks indicate that there are several other areas where the state may be vulnerable to large-scale jihadist operations, including Sidi Bouzi, Zarsis, and the mountains and pine forests around Kasserine. [2]

If IS is able to destabilize Tunisia, KUIN may take advantage of the opportunity to escalate its low-level insurgency in Kasserine. This could set in motion a dangerous escalation between IS and al-Qaeda, with each side attempting to gain control over the local jihadist scene.

How to Respond to Islamic State

Although the state has mobilized the security forces to confront the militants in Ben Guerdane, the government must also move quickly to rebuild trust between citizens and the state, strengthen democratic institutions, and uphold the principles of dignity and social justice enshrined in the Tunisian constitution. Unless the Tunisian government can regain the population’s trust and address the root causes of jihadism, IS may soon tarnish the Arab Spring’s sole success story.

[1] This analysis uses data compiled by terrorism expert Daveed Gartenstein-Ross and Valens Global to illustrate IS’ emergence in Tunisia and the development of its strategy there.

[2] Data showing the geographic spread of attacks can be found on Tableau Public: https://public.tableau.com/profile/ryan.pereira#!/vizhome/ASTVisualizationsValensGlobalMap/Sheet1. 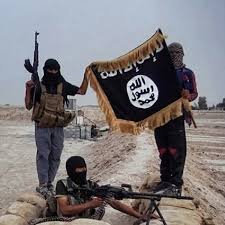 Back
BRIEFSNext
Iran and Its Cyber-Terrorism Strategies

On January 9, The New York Times ran an article on a scandal involving Hong Kong government elites that featured an interview with Jamestown Senior... END_OF_DOCUMENT_TOKEN_TO_BE_REPLACED