After the North Atlantic Treaty Organization’s (NATO) summit in Warsaw last week (July 8–9), the NATO-Russian Council met in Brussels, on July 13, at the ambassadorial level. The meeting did not lead to much progress: Both the Alliance’s Secretary General Jens Stoltenberg and the Russian ambassador at NATO headquarters, Alexander Grushko, agreed at separate press conferences that the discussions were “frank” but disagreements persisted. According to Grushko, NATO’s decision to deploy an additional four reinforced army battalions of around 1,000 soldiers each in Poland, Estonia, Latvia and Lithuania are “ungrounded, excessive, counter-productive and confrontational; [they] undermine security and return us to the days of the Cold War” (Interfax, July 13).

Meanwhile, the West insists it was Russia’s enhanced military activity and aggressive actions in Ukraine that compelled NATO to reinforce its Eastern flank in the first place. Moreover, the Alliance argues that four battalions cannot be considered a serious force that could possibly threaten Russia. Indeed, according to the Kremlin-connected Internet news portal Vzglad, “several thousand NATO soldiers would be easily overrun if Russia began an attack, but Moscow does not intend to invade; this is US-led propaganda” (Vzglad, July 13). Nonetheless, Ambassador Grushko has alleged that NATO is building a bridgehead in Poland and the Baltic States to put pressure on Russia, while the United States’ ballistic missile defense bases in Poland and Romania “undermine strategic stability” (TASS, July 13). NATO countries “must freeze military deployments near Russia’s borders and withdraw all units already deployed” as a prerequisite of “normalizing relations,” he stated. Otherwise, Moscow will deploy additional forces in response, leaving Poland, Estonia, Latvia and Lithuania less secure than before (Interfax, July 13).

The Russian ambassador to NATO rejected calls by Western diplomats to modify the Organization for Security and Cooperation in Europe’s (OSCE) Vienna document on military transparency in Europe to allow Western observers access to massive Russian military snap exercises. Since these exercises are sudden, there is no prior warning and no foreign observers are invited. According to Grushko, “the present level of military confrontation makes modification of the Vienna document senseless.” Grushko continued: “NATO must first stop deployments and begin a withdrawal. The Cold War has proven arms control and confidence measures are effective only when combined with a universal vision of an undivided Europe with a joint security architecture” (RIA Novosti, July 13). It would seem Moscow is demanding an unconditional withdrawal and a de facto dismantling of NATO, to be replaced with a new “security architecture” within which Russia would have a decisive voice. Grushko lambasted the Alliance’s plans to follow up a Romanian initiative to create a permanent Black Sea maritime deterrent force: It would be destabilizing, while Russia will do all in its power to counter any attempt to shift the military balance in the region (RIA Novosti, July 13).

It seems the only apparently positive outcome of the NATO-Russian Council meeting, according to Grushko, was the confirmation of Moscow’s tentative agreement to implement additional transparency measures regarding flights over the Baltic Sea—the initiative of Finnish President Sauli Niinistö for military jets to fly with “switched-on transponders,” that is, devices that automatically transmit the identity of an aircraft, its position and altitude in response to a radio-frequency interrogation. During a visit to Finland on July 1, President Vladimir Putin supported the proposal. According to Grushko, “we are ready to fly with activated transponders in some regions of the Baltic Sea, and this could be a first step on the way to deescalating the standoff with NATO.” The problem of transponders, continued Grushko, “is a complicated technical issue,” involving military and civilian air traffic control systems, but Moscow is ready to comply if all other nations, NATO and non-NATO, do the same. Grushko proposed gathering military experts to discuss and work out a solution: “we will see how NATO responds” (RIA Novosti, July 13).

The technical problems are indeed formidable: According to the commander of the Russian Aerospace Forces (Vosdushno-Kosmicheskiye Sily), General Victor Bondarev, and other air force specialists, Russian military aircraft are not equipped with transponders, so it is problematic to “switch them on,” even in response to Putin’s direct order (see EDM, July 7). Most likely, Moscow supports Niinistö’s initiative to help keep Finland and its neighbor Sweden away from NATO. Stopping further NATO enlargement is a prime task. The military-to-military expert discussions about transponders (if they do begin) will be prolonged and complicated, and likely lead nowhere. Moscow will demonstrate its “peace-loving” intentions and do its best to portray NATO as intransigent.

In Warsaw, NATO agreed to deter Russia militarily, while engaging in dialogue to avoid a new Cold War. Moscow’s attitude is similar: to deter the West, while engaging in dialogue, preferably not with NATO per se, but with separate member-countries to try to split the Alliance and promote the new “joint security architecture.” Pro-Kremlin observers believe time is on Russia’s side. Moscow must be patient: Western unity will crack, elections in Germany and France will install Moscow-friendly governments, while a victorious president Donald Trump will undermine NATO unity and Ukraine will ultimately fall into the Kremlin’s lap (Vzglad, July 13).

During the Warsaw Summit, Polish Foreign Minister Witold Waszczykowski told journalists that within NATO “there is growing understanding” of the need to take in Ukraine. The latter country’s president, Petro Poroshenko, signed an ukaz (order) creating a high-level government commission to integrate Ukraine into the Alliance (Liga.net, July 9). Of course, Stoltenberg insisted accepting Ukraine into NATO could only happen sometime later, but underscored that it was for Ukraine and NATO to decide—without any third-party involvement (Interfax, July 9). Poland and Ukraine signed a protocol in Warsaw, creating a joint working group on arms trade (RIA Novosti, July 9). This was too much for Moscow. The chairman of the Federation Council Foreign Relations Committee Konstantin Kosachev accused “enemies of Russia,” including Poland, of “trying to pull Georgia, Ukraine and even Belarus into NATO, since they know how this irritates Russia.” According to Kosachev, if the process of Ukrainian accession actually begins, this would be close to a casus belli, while Russia in turn could form a military alliance with China—“the nightmare scenario for Europe and America” (RIA Novosti, July 9).

In Brussels, Grushko announced: NATO military and political assistance to Ukraine is pushing forward the possibility of war as “Western-trained Ukrainian soldiers are being deployed in the conflict zone in Donbas” (RIA Novosti, July 13). Russia does not seem too keen to actually invade the Baltic States or Poland to engage NATO head on. But when Ukraine is involved, patience may be running thin. 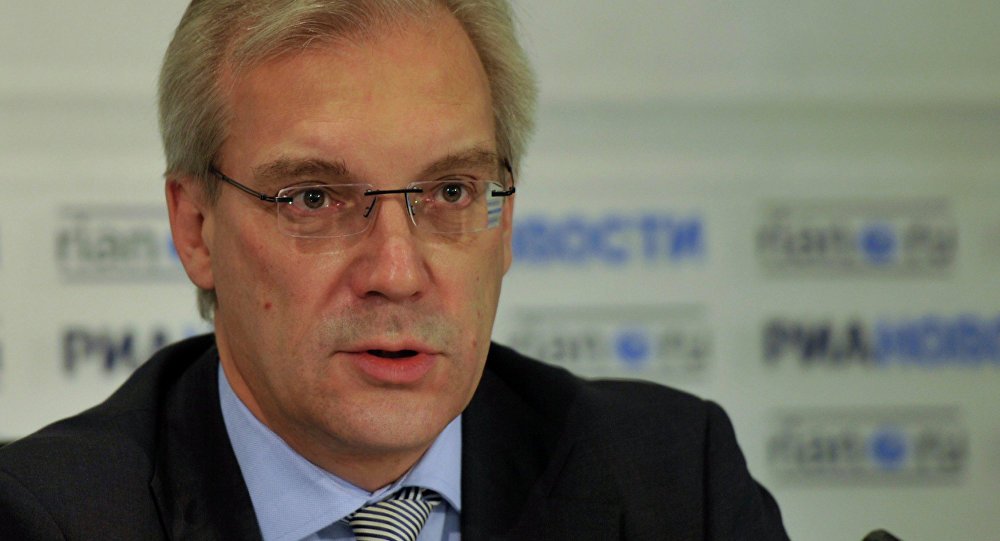 The Jamestown Foundation was proud to host a webinar on... END_OF_DOCUMENT_TOKEN_TO_BE_REPLACED

Jamestown Foundation Analyst Richard Arnold was interviewed by PolitiFact for a story on the Lie of the Year 2022, or Putin’s long list of lies... END_OF_DOCUMENT_TOKEN_TO_BE_REPLACED

The April 2015 issue of Militant Leadership Monitor covers militants from Syria to South Sudan. Nicholas Heras begins with a brief on Abu Abd Allah al-Shami, a leading Salafist commander in Syria. He follows with another on Anas bin Ali bin Abdul Aziz al-Nashwan, a Saudi cleric who switched... END_OF_DOCUMENT_TOKEN_TO_BE_REPLACED