As Russia’s military operations continue unabated in Syria, despite an earlier order to commence withdrawing deployed forces, the conflict has certainly succeeded in changing how the Russian Armed Forces are perceived both at home and abroad. Indeed, the intervention in Syria, marking Moscow’s first experience of expeditionary warfare beyond the former Soviet space since its withdrawal from Afghanistan in 1989, permitted the top brass to test and showcase some of the advances in modern military hardware and weapons systems. This has been by no means a cheap exercise in the use of hard power. And yet, Russia’s operation in Syria has promulgated a one-sided view of the transformation of its Armed Forces: that of Moscow making significant progress toward developing 21st century warfare capabilities. However, this oversimplified assertion is challenged by ongoing problems linked to military manpower (Voyennya Mysl, No. 1, 2016).

President Vladimir Putin has revamped the assertion that Russia retains “one million” men under arms, despite evidence of undermanning in the Armed Forces. In December 2015, the Ministry of Defense confirmed that it is on schedule to achieve its aim to recruit sufficient numbers of contract personnel (kontraktniki) based on annual targets and boasted that it passed the milestone of possessing more contract personnel than conscripts. The defense ministry’s official figure for the number of kontraktniki serving in the Armed Forces was 352,000, noting that the target for 2016 was set at recruiting an additional 31,000 and proclaiming that its units were 92 percent manned (RIA Novosti, December 24, 2015).

While the kontraktniki numbers in the military consistently increased in recent years, there is stony silence from the defense ministry on the thorny issue of the number of contract personnel annually leaving the Armed Forces—thus, removing any reliable way to measure overall retention levels. Moreover, there is even less information released on the issue of the quality of recruits and progress in combat training. One worrying indicator that all is not as well as officially presented came from the Main Military Investigation Directorate (Glavnoye Voyennoye Sledstvennoye Upravleniye—GVSU). According to the GVSU, the number of crimes in the Armed Forces increased by 20.9 percent in the first six months of 2016. By itself, the statistic should cause concern for the top brass. But to make matters worse, the GVSU also reported that the crime figures increased by 40 percent based on the same period in 2015; corruption-linked crimes increased by 1.5 times, and crimes perpetrated by individuals while intoxicated or using narcotic substances grew by 1.4 times (Arms-expo.ru, July 22).

The role of Russia’s Armed Forces in operations in Syria, meanwhile, received closer scrutiny recently with the publication of a book by Colonel (retired) Anatoliy Tsyganok, the director of the Center for Military Forecasting. Voyna v Sirii i yeye posledstviya dlya Blizhnego Vostoka, Kavkaza i Tsentral’noy Azii: russkiy vzglyad (The War in Syria, and its Implications for the Middle East, Caucasus and Central Asia: a Russian Opinion) examines a broad range of factors related to Moscow’s involvement in the conflict. Tsyganok argues that Russia’s military operations constitute a new form of warfare, but he also suggests that the military requires further force integration in terms of communication systems and a fundamental review of the theory of using aviation, naval power and special forces (Voyenno Promyshlennyy Kuryer, July 19).

Vladimir Gundarov noted in Nezavisimoye Voyennoye Obozreniye that the Russian defense ministry recently confirmed the acceptance of 47 Kalibr cruise missiles for the Navy. Referring to the combat use of this missile type by the Russian Navy to support operations in Syria, Gundarov attempted to estimate the costs involved. In October 2015, the Caspian Flotilla fired 26 Kalibr missiles, striking 11 targets in Syria, while the following month an additional 18 were launched against seven targets. Based on sales of the export version of this missile to India, Gundarov suggests each Kalibr cost $6.5 million; but he concludes that the 44 missiles sold domestically to the Russian defense ministry and fired off last October amounted to 2.7 billion rubles ($41 million—approximately $980,000 per missile) (Nezavisimoye Voyennoye Obozreniye, July 22). Other than testing or advertising the missile capability, some of which landed in Iran, there was no real underlying military purpose for using Kalibr missiles in Syria. Either way, the process was certainly expensive.

If there is, in fact, an underlying need to display these weapons, then it perhaps lies in promoting an image of the Russian Armed Forces as more advanced than they are in reality. Moscow’s interest in using such opportunities to showcase its most advanced systems was repeated in its efforts to strengthen air defenses following the November 2015 Turkish Air Force downing of an Su-24M after the latter breached Turkish airspace. But with the recent improvement in Moscow’s relations with Ankara, some commentators expressed surprise at the extent of Turkish top brass involvement in the attempted military coup on July 15 (Voyenno Promyshlennyy Kuryer, July 19).

However, Moscow’s concerns about Turkey, or its efforts to rebuild damaged bilateral relations with Ankara pale in comparison to growing attention to the North Atlantic Treaty Organization’s (NATO) military exercises. As always, these are presented in the Russian media as potentially threatening to Russia. One analysis in the military media tried to assess the NATO strategy underpinning the Poland-based exercise Anaconda 2016. The author makes the following claims:

• military actions were rehearsed in pursuit of economic interests with a widespread use of information and communication technologies;

• it practiced avoiding a decisive clash with the main factions of the armed forces of the enemy, using detachments of insurgents from the local population and mercenaries and supplying them to attract allies and partners;

• it exercised targeted destabilization of administrative-political, socio-economic, cultural and ideological spheres of the enemy state.

The author alleges that NATO strategy is to rehearse a form of “hybrid warfare” against Russia (Nezavisimoye Voyennoye Obozreniye, July 24).

Moscow’s military response to these perceived developments is to strengthen units and reorganize the disposition of forces in the Western and Southern Military districts. It also places great emphasis on the role of stand-off weapons systems, including Kalibr, to help build a response to US/NATO missile defense (Nezavisimoye Voyennoye Obozreniye, July 22). These response measures are by no means complete, but what is clear from some of the reporting in the military media and supported by the GVSU is that Moscow has not yet resolved deep and systemic issues within its military. And these serve as a long-term barrier to building a modern network-enabled military. 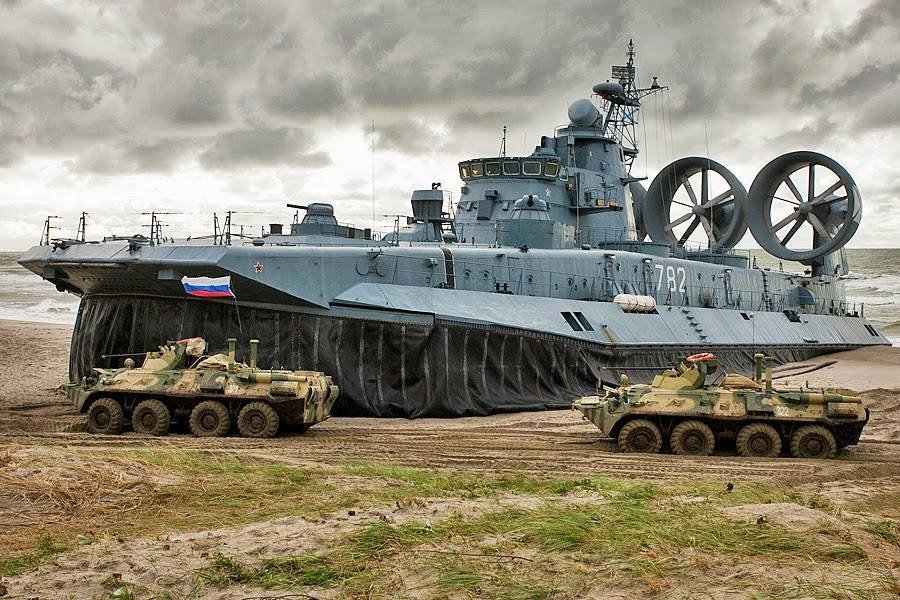