A well-known and popular Salafist preacher, Khamzat Chumakov, continues to spark controversy in Ingushetia. Chumakov responds to accusations made against him in Chechnya with lengthy rebuttals and comments made during his sermons. Chumakov’s followers regard him as an independent Muslim figure and attend his Friday sermons at the Nasyrkort mosque, expecting he will harshly criticize his opponents in both Chechnya and Ingushetia. His latest target was Adam Shakhidov, an aide to Chechen ruler Ramzan Kadyrov (YouTube, May 24), who, in an interview with the news agency Lenta.ru, said that the Salafists, including Chumakov, insult not only Chechnya’s Sufis, but the entire Islamic religion (Lenta.ru, May 18).

Chumakov accused the Chechen official of inciting a conflict between Chechens and Ingush. If blood is spilled, Chumakov warned, it will be Shakhidov’s fault. Although Shakhidov did not accuse all Ingush, Chumakov portrayed himself as the representative of all Ingush people and equated attacks against himself with the attacks on the entire Ingush people. This is a new page in Chumakov’s biography: until recently, he avoided pitting the Chechens and the Ingush against each other.

Is the conflict between Khamzat Chumakov and the Chechen authorities about personalities or ideological differences? In his interview with Lenta.ru, Adam Shakhidov claimed that Chechnya is the only place in Russia that has no Salafist parishes. However, that does not mean Salafists do not exist in Chechnya. The Chechen official implied that the neighboring republics allow Salafist groups to function officially. In Dagestan, the Association of the Scholars Ahlu Sunna, which operates officially, unites supporters of Salafism in its ranks, defends their interests and holds talks with the republic’s Sufi majority on behalf of the Salafist community. Moreover, the Salafists and Sufis in Dagestan even concluded a kind of nonaggression pact back in 2012 (YouTube, April 29, 2012).

The official recognition of Muslims who do not conform to what Russia calls “traditional Islam” allowed the Dagestani authorities to reduce the conflict in the republic to some degree. Instead of joining the insurgency, thousands of young people attend mosques, where they freely talk about their pressing issues rather than simply complying with the government’s expectations.

The small North Caucasian republic of Ingushetia also chose to follow Dagestan’s example. Moreover, unlike in Dagestan, the authorities in Ingushetia officially registered the Council of Imams of the Republic of Ingushetia, which was made up of Salafists. The Council then took over one of the central mosques in the city of Nazran and delivered Salafist sermons there. Two Ingush preachers who reject Sufi rituals, Chumakov and Isa Tsechoev, became the leaders of the mosque. Given how stringently the Federal Security Service (FSB) monitors the situation in Ingushetia, it would have been impossible for such a transition to take place without the republican government’s tacit approval. The decline in rebel attacks in Ingushetia coincided with the Salafist preachers being allowed to have their own mosque. Hence, the authorities and the security services chose to allow young people to pursue their way of life, to listen and follow the instructions of their preachers in the mosque, rather than go into the forests to join the rebels. According to Mikhail Roshchin, a researcher of Islam in Russia, this was the right strategy to take in combating an armed Islamic underground movement (Keston.org, 2015) that publicly proclaimed Salafism as its ideology in 2007.

However, after the intensity of rebel attacks declined, tensions between Salafists and Sufis surfaced in Dagestan and Ingushetia (Ng.ru, June 17, 2015). Out of 70 Muslim communities in Ingushetia, 60 belong to the official Spiritual Board of Muslims and represent the Sufi branch. The remaining ten communities are opposed to the official Muslim organization. The Sufis in Ingushetia vastly outnumber the Salafists: the former control 400 mosques, while the latter control only six. However, the Sufis are deeply divided among themselves along sectarian lines, while the Salafists are united under their leaders, Tsechoev and Chumakov. Thus, the Salafists have become a serious force in Ingushetia. Attempts to counter the rising influence of Salafists with appeals to nationalism are unlikely to work in Ingushetia (Cyberleninka.ru, January 2013) the way they worked in Kabardino-Balkaria, where nationalism counterbalanced Salafist teachings. In fact, appeals to nationalism attract the Sufi part of the Muslims rather than the Salafists, who completely reject all forms of nationalism. Hence, the Salafists, in the end, become even stronger.

The Kremlin also plays off Ramzan Kadyrov against Ingushetia’s governor, Yunus-Bek Yevkurov. Since Kadyrov wants to suppress the Salafists and Yevkurov prefers to allow them to operate, it creates tensions between the two governors that Moscow is likely to exploit in its own interests. Such balancing will probably continue for the foreseeable future, at least as long as the Islamic State draws members of the armed underground movement in the North Caucasus to fight in the Middle East. Hence, an increase in tensions between the Salafists and Sufis in Ingushetia and Dagestan should be expected. Moscow will remain fully in control of such an escalation and use this control to create divisions and counter-balances between these groups in order to optimize the situation to its benefit. 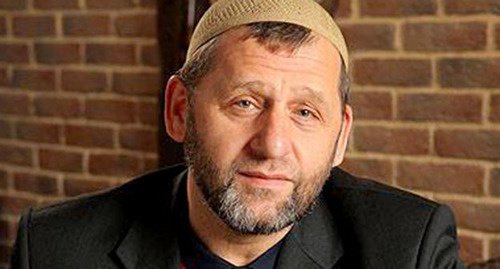 The Jamestown Foundation is proud to present a webinar on China’s... END_OF_DOCUMENT_TOKEN_TO_BE_REPLACED

On May 18, Senior Fellow Janusz Bugajski participated in a panel hosted by the European Conservatives and Reformists Group in the European Parliament, titled “The... END_OF_DOCUMENT_TOKEN_TO_BE_REPLACED

During the last several years, the Russian Airborne Troops (VDV) have undergone important changes in organization as well as the procurement of equipment—a process that is by no means complete. For the foreseeable future, the VDV is set to expand the number of units and continue to introduce modern... END_OF_DOCUMENT_TOKEN_TO_BE_REPLACED