According to Refat Chubarov, the president of the Crimean Tatar World Congress and the elected chairperson of the Mejlis (the quasi-governing assembly of the Crimean Tatars), the Russian Federation is in the process of creating a Crimean Tatar military corps to neutralize protests and counter defiance against the occupying forces of the annexed Crimean peninsula. Previously, the occupying authorities also had revealed plans to establish a separate Crimean Tatar Cossack union. Russia intends to use both of these Crimean Tatar military units as a counter movement to “others”—that is, essentially against the majority of the Crimean Tatars, who do not agree with the policies of the so-called Crimean government (Nbnews.com.ua, May 16). This campaign exemplifies Moscow’s divide-and-conquer strategy the Kremlin has been implementing in conflicts across the post-Soviet space, including Transnistria, Chechnya, Abkhazia, North and South Ossetia, Georgia, Karabakh and even Dagestan.

The Ministry of Defense of the Russian Federation has already initiated a program on combat readiness in the Southern Military District, under which military units in Crimea are also included. Subsequently in Crimea, the authorities have begun summoning Crimean Tatar males en masse for military service (Censor.net.ua, February 18). Meanwhile, certain young Crimean Tatars have been handpicked and sent to Russian universities with special departments run by the Federal Security Service (FSB) (Nbnews.com.ua, May 16). Chubarov states that the Mejlis has identified at least 14 young Crimean Tatars who were selected for these “special” university programs for training and instruction inside Russia.

Unlike in Ukraine, military service for males is obligatory in Russia. According to the news agency 15 Minutes, men from 18 to 50 are being summoned to appear in their local military enlistment agencies (where their internal passports are registered) to undergo three-month instruction and combat training courses (15 Minutes, February 9). Although the mandatory military age is 18, in cities like Stariy Qirim, where the Crimean Tatar population is in the majority, recruiters have also been summoning 15–16-year-old students. In cities, military recruitment officers send letters and make phone calls to make sure everybody is enlisted. In rural areas, they go to houses one by one and hand the summonses personally. Summonses are also being allocated to individuals crossing the Crimean border. If these requests are ignored, recruiters appear in the work places and forcefully take men to the nearest enlistment agencies.

The enlisted could be sent to serve in different locations of the vast Russian Federation or, reportedly, even to Syria. The majority of the Crimean Tatars do not want to serve in the Russian Army, considering their collective memory of the predecessor Soviet Red Army’s role in deporting their nationality from its homeland in 1944. The parents do not want to send their sons to fight in faraway locations for causes they do not believe in. Therefore, Chubarov suggests that units of the Crimean Tatar military—Krym—should be established in Ukraine so that young men who do not want to serve in the Russian Army can leave Crimea, move to mainland Ukraine, and take part in liberating their homeland when the time comes. However, this might not be practical for every young Tatar male with family obligations in Crimea. These men are now being presented with a second choice: joining the Crimean Tatar Cossack military unit, based in Crimea (Nbnews.com.ua, May 16). Although Crimean Tatar Cossacks sounds like an oxymoron, many Crimean Tatars may consider joining a local Cossack brigade to be preferable to the harsh realities of military service abroad.

Zaur Smirnov, the ethnic–Crimean Tatar chairperson of the Russian-backed State Committee on Interethnic Relations and Issues of Formerly Deported Citizens, notes that that the government of Crimea soon will establish a structural unit for Cossack affairs (Krymr.com, February 5). The regional administration and the staff of the Cossack Affairs Main Division will be integrated into the State Committee—ergo, the Cossacks will be legalized. According to the first deputy chairman of the “Council of Ministers” of the Republic of Crimea, Mikhail Sheremet, the Department of Cossack Affairs will be included within the Ministry of the Interior and work closely with military commissariats and public organizations (Krymr.com, July 17, 2015).

Historically, Crimea never had any indigenous Cossacks (Krymr.com, July 17, 2015). Those currently present on the peninsula are artificially created post-Soviet entities with no links to the real Cossacks. Claiming they were making Crimea safe for the ethnic Russians, even before the annexation, these men with their Cossack regalia and Afghanistan or Chechnya tattoos on their upper arms and blood types on their chests would appear in sporadic attacks on Crimean Tatars alongside radical pro-Russian groups. Such groups routinely defined themselves as “keepers of order,” acting in parallel to the existing legal law enforcement agencies (Irex.org, May 2014).

During the annexation, these Cossack groups, together with the “little green men” (nickname given to insignia-less Russian military officers in Ukraine), walked around Crimean Tatar neighborhoods armed with Kalashnikovs and sniper rifles and harassed the residents on a daily basis, marked Crimean Tatar houses with large crosses for intimidation, and beat up Crimean residents regardless of their nationality if they refused to show them their identification papers (Irex.org, May 2014). The Cossacks in Crimea belonged to a number of separate groups with different leaders, such as the Crimean Cossack Union–“Crimean Front,” the “People’s Liberation Movement,” “Union Taurida” and Sobol. According to Deputy Chairman Sheremet, the unification of the disparate Cossacks into a single registered Crimean Cossack entity under the Ministry of Interior will create a bulwark of security and stability on the peninsula as well as confidence in society for the future (Krymr.com, July 17, 2015).

Russia is consciously creating a bipolar nationalism in Crimea, where the members of the same ethnic group are being pitted against each other. If there is a future civil war in Crimea, the Crimean Tatars will, therefore, find themselves on opposite sides of the fight; and if they destroy each other, Russia will be able to escape overt blame. This appears to be Moscow’s ideal “final plan” vis-à-vis Crimea. Such internal machinations by the Russian government sow the seeds for future conflict, and should draw immediate attention from the West. 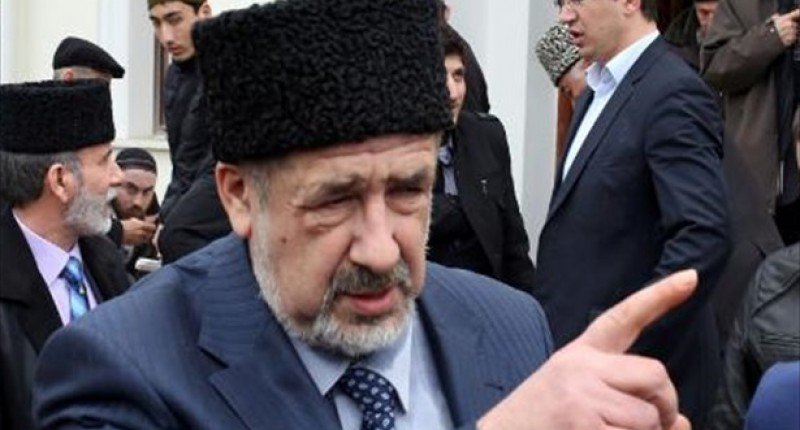 Back
Sufi-Salafist Tension Rises as Insurgent..Next
Moscow Promises Responses to US and NATO..

The Jamestown Foundation is pleased to present the hybrid in-person... END_OF_DOCUMENT_TOKEN_TO_BE_REPLACED

On November 17, Jamestown Foundation Senior Fellow Olevs Nikers was interviewed by Romania-based outlet Veridica regarding, among other topics, the best possible outcome for the... END_OF_DOCUMENT_TOKEN_TO_BE_REPLACED

The January 2020 issue features a brief on Salah Gosh, the former National Intelligence and Security Service director of Sudan who recently led a mutiny against the new government in Khartoum; a look at Abdullahi Banati, the al-Shabaab member terrorizing Kenyan security forces on the Somali border; an examination of... END_OF_DOCUMENT_TOKEN_TO_BE_REPLACED