Dmitry Peskov, the press secretary to President Vladimir Putin, is generally not known for eloquence. But his comment last week (June 7) about the North Atlantic Treaty Organization’s exercises in the Baltic region stands out both for its convolutedness and uncharacteristic meekness. His point, reproduced by all Russian mainstream media, can be approximately translated as: “In any case, such exercises, which have a legend based on rather straightforward identification in the quite clear direction, they do not contribute to the atmosphere of trust and security” (RIA Novosti, June 7). Peskov’s elliptic reference to the lack of trust between Moscow and the West in fact highlights the unusual self-restraint present in Russia’s military behavior over the past couple of months. This moderation—while sometimes camouflaged by harsh rhetoric—remains largely unexplained.

NATO’s Anakonda 2016 exercises in Poland as well as the Baltops 2016 naval exercises in the Baltic Sea are being thoroughly covered by the Russian media, and there is no shortage of hysterical commentary (Rossiiskaya Gazeta, June 8; Nezavisimaya Gazeta, June 6). Meanwhile, Russia’s Ministry of Foreign Affairs issued several vague promises to respond to these exercises, including in the case of the USS Porter, which recently paid a planned visit to the Black Sea (Lenta.ru, June 10). Nevertheless, no aggressive Russian intercepts or mock attacks have been registered so far, and the official news agencies are even airing Western military opinions on professional and problem-free encounters with the Russians (RIA Novosti, June 11). In 2015, Russia conspicuously responded to any scheduled NATO exercises with its own snap drills that tended to be at least twice as large; presently, the picture is strikingly different.

It is certainly not the case that Russia is doing nothing. Two army brigades are being redeployed from the Volga-Urals region closer to the borders with Ukraine without any public fanfare (RBC, June 11). This most probably fits into the plans for building three new divisions in the Western direction, announced by Defense Minister Sergei Shoigu at the start of the year (Gazeta.ru, June 1; see EDM, January 19, April 5). It is possible that the plan for deploying batteries of Iskander-M tactical missiles to the Kaliningrad region and to Crimea is also being implemented in a clandestine manner (Nezavisimoe Voennoe Obozrenie, June 3). Allegedly, these secret missile redeployments, if true, are being made in response to the opening of the United States’ missile defense base in Romania, which Putin pointedly condemned as a “direct threat” to Russia’s security (Ezhednevny Zhurnal, May 30). This US missile defense facility is incapable of threatening Russia’s overwhelming strategic nuclear forces. And neither could the SM-3 missile interceptors be converted into strike weapons by a mere “change of software” (as Putin claims). Nonetheless, Moscow’s desire to counter the long-prepared US “aggressive” step was unmistakable—although any overt tangible response has apparently been postponed (New Times, June 10).

Signs of the same cautiousness can also be seen in the conduct of Russia’s military intervention in Syria. On June 10, in Tehran, Shoigu discussed with his Iranian and Syrian counterparts the course of the offensive operation against Raqqa, the stronghold of the Islamic State. However, he did not commit to any increase in the intensity of airstrikes (Kommersant, June 10). The arrival of the US aircraft carrier Harry S. Truman to the Eastern Mediterranean was duly noted in Moscow, but the combat order of the Russian naval squadron in the Syrian waters was left unchanged (Gazeta.ru, June 6). Apparently, the Russian top brass are more worried about the risks to Russia’s own forces than about the lack of success in suppressing Syrian rebels of various persuasions, particularly as yet another fighter jet crashed, outside Moscow, in recent days (RBC, June 9).

Russian ambiguity and slowness in delivering on the promised responses to all sorts of challenges may be aimed at exploiting divisions in the Western camp. Indeed, it makes perfect sense to postpone the probing of NATO vulnerabilities in the Baltic theater until after the Warsaw summit (Slon.ru, June 10). The Kremlin is upset with the firm position taken by Germany on the need to contain the Russian challenge, but holds out hope for a heavy blow to Europe’s unity should the United Kingdom vote to leave the European Union in the upcoming referendum (Novaya Gazeta, June 6). The key matter here is certainly the relaxation of the sanctions regime, even if 71 percent of Russians now expect that sanctions will be prolonged for another year (Levada.ru, June 8).

Such expectations reflect the growing public pessimism about Russia’s economic prospects, and no amount of upbeat propaganda can counter the impact of steadily falling incomes. Putin is trying to put a positive spin on the carefully doctored macro-economic statistics, but the contraction of domestic consumption is set to deepen (RBC, June 8). Meanwhile, enthusiasm about effective power projection in Syria has dissipated, and Russians now express the opinion that it is economic prosperity and not military power that constitutes the key characteristic of a “great power” (Kommersant, June 10). This shift in public mood plays into the hands of economic pragmatists, such as Alexei Kudrin, who try to convince Putin that a return to growth and prosperity is possible only with a reduction in geopolitical tensions (Politcom.ru, June 6).

Russia’s ambivalent self-restraint in the last couple of months is probably an attempt at such de-escalation, but there are few reasons to believe that it will pay any dividends. The resonance in the West of Russia’s gross violations of the norms of international behavior far outweighs any impression made by a pause in Russian military exercises—particularly since the hostility of Moscow’s anti-Western rhetoric has remained severe. Putin may wish to increase his space for maneuver, but the Kremlin’s promises to forcefully respond to NATO’s strengthening containment capabilities and to the imaginary encroachments on Russia’s security frontiers keep multiplying. Although nobody is going to hold Putin to these promises, he knows that he can demand loyalty from the disgruntled and squabbling siloviki (security services personnel) only as long as he keeps proving the firmness of his ruling hand. As long as the demonstrated prudence serves the purpose of deception and maskirovka (Russian military deception), it is perfectly fine, but going for real compromises risks showing weakness. Attempting another proactive move might be a safer option, but Putin needs to score on the cheap—and the bills for the earlier “victories” keep piling up. 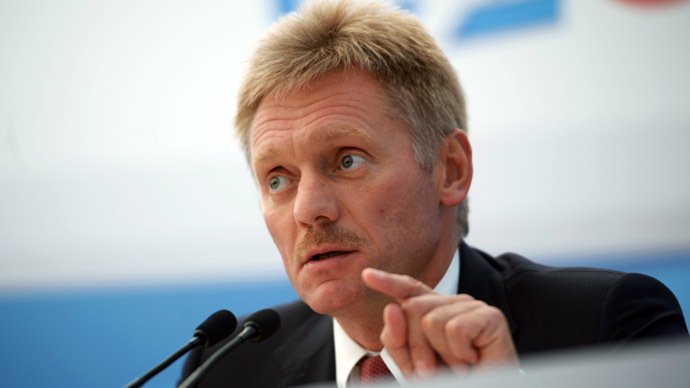 Join the Jamestown Foundation on October 26 at 10 AM... END_OF_DOCUMENT_TOKEN_TO_BE_REPLACED

An August 25 article in The New Arab quotes Jamestown Senior Fellow Sergey Sukhankin regarding Russia’s continued interests in Libya and how it uses private... END_OF_DOCUMENT_TOKEN_TO_BE_REPLACED

The June 2021 issue of Militant Leadership Monitor features a brief on Afghan warlord Atta Muhammad Noor’s return to the battlefield; the arrest and release of the Iranian-backed militia leader Qassim Musleh; a look at the Polisario Front leader Brahim Ghali; a post-mortem analysis of PKK leader Sofi Nureddin;... END_OF_DOCUMENT_TOKEN_TO_BE_REPLACED