Chechnya’s governor, Ramzan Kadyrov, continues to capture the news headlines in Russia. On May 30, a delegation from the Russian Human Rights Council under the President of the Russian Federation set out to visit all the North Caucasus republics. Among all the region’s governors, only Kadyrov refused to meet the members of the delegation. Kadyrov reportedly warned that if his long-time nemesis Igor Kalyapin, the head of the Committee for the Prevention of Torture, was in the delegation, he would not receive it. Moreover, Kadyrov allegedly warned members of the Russian presidential council that he could not guarantee their safety if they arrived in Chechnya with Kalyapin. After some consideration, the group’s members quickly crossed Chechnya on their way from Dagestan to Ingushetia without stopping in the republic.

The deputy head of the Russian Presidential Human Rights Council, Yevgeny Bobrov, told the Novaya Gazeta newspaper: “We have notified the leadership of the Russian presidential administration and they have recommended that we do not visit Chechnya at this time. We had a busy schedule in the republic, as we planned to visit social and penal institutions. Volunteers and other activists were waiting for us. But in order not to put them at risk, we chose the lesser of the two evils [i.e. to avoid visiting Chechnya]. Perhaps, Ramzan Kadyrov will come to his senses and stop making a scandal out of nothing. In any case, after our trip to the Caucasus, we will bring this unacceptable situation to the attention of the country’s leadership at a government meeting. Let Kadyrov then do the explaining. He lives in Russia and must act according to the Russian laws, and not according to whatever his predilections are” (Novaya Gazeta, June 6).

Apparently, the leadership of the Russian Federation did not discern any problem with Kadyrov’s behavior. Referring to Kadyrov’s refusal to meet the delegation from the presidential human rights council, Vladimir Putin’s spokesman, Dmitry Peskov, stated: “[I]t is not a violation of some mandatory rules. From the bureaucratic point of view, it is not an extraordinary situation. The rules of behavior of state bureaucrats were not violated.” Peskov also claimed he did not have the full information. “The topic is fairly sensitive, but without knowing all the details—who refused to meet, why, and what caused this—I would not like to provide comments,” he said. “It would be wrong.” In March, unidentified individuals attacked rights activists and journalists at the administrative border between Chechnya and Ingushetia. Several days later, the head of the Committee for the Prevention of Torture, Kalyapin, was attacked in Grozny (Lenta.ru, June 2). In neither of these cases did the authorities manage to find the perpetrators of the attacks or, in fact, make any substantial effort to find them.

Members of the Russian human rights delegation planned to raise several important issues with the leadership of Chechnya. Chechen authorities have recently resorted to arson attacks targeting the houses of suspected militants and their relatives. The case of Ramazan Jalaldinov, a resident of Kenkhi, an Avar village in Chechnya, received substantial attention in the rest of Russia, and the delegation planned to raise the issue with Chechnya’s leadership. After Jalaldinov posted a video to YouTube in which he complained to Vladimir Putin about the dire conditions in the village, the Chechen police destroyed his house, and Jalaldinov and his family had to escape to neighboring Dagestan. After days of hiding in Dagestan, Jalaldinov recorded another video, in which he apologized and praised Kadyrov. The Chechen governor’s spokesperson, Alvi Kerimov, said: “Our republic has ceased to be a region where problems happen all the time… [W]e do not have problems with human rights here” (Kommersant, June 2).

Another scandalous situation connected to Kadyrov’s family unexpectedly unfolded in St. Petersburg, where city officials decided to rename a bridge in the city after Kadyrov’s father, Akhmad Kadyrov. The initiative immediately resulted in a controversy, as many residents of the city protested against the decision. Previously, several organizations and politicians tried to rename one of the streets in Saint Petersburg after Akhmad Kadyrov. Critics say that the elder Kadyrov had no connection to the city and that Ramzan Kadyrov has been implicated in political killings, the Islamization of Chechnya, and violations of the Russian constitution (Moskovsky Komsomolets, May 30).

Akhmad Kadyrov was the first pro-Russian leader of Chechnya after the republic’s period of de-facto independence in the 1990s. In May 2004, he was killed in a bomb attack at a stadium in Chechnya’s capital Grozny. Russian supporters of naming the bridge after Akhmad Kadyrov say he helped maintain the Russian Federation’s present borders. While the opposition of Russians to commemorating Akhmad Kadyrov may seem entirely legitimate, it is certainly motivated in part by Russian nationalism. The proposed Akhmad Kadyrov bridge in St. Petersburg is not a historical structure: indeed, it became operational only on May 1, 2016. Yet, large numbers of St. Petersburg residents rallied against renaming the bridge. Critics of the decision see it as an attempt to flatter Ramzan Kadyrov (Meduza.io, June 6). Near the bridge, unidentified individuals painted a graffiti portrait of Colonel Yuri Budanov, who was convicted for the March 2000 sexual assault and murder of a Chechen girl (Vk.com, June 8). After his release from prison, Budanov was gunned down in Moscow in June 2011 and remains a hero to Russian hardliners.

Kadyrov remains in the Russian news headlines, and part of the reason for that may be related to an ongoing fight within the Russian government over the future of Chechnya. He is scheduled to run for another term as the republic’s governor in September 2016. If Kadyrov wins, he will acquire even more legitimacy than he already has. Chechnya is also a territory that is genuinely quite different from the rest of Russia, which apparently unnerves some forces in the Russian government and wider society. The controversy over the bridge in St. Petersburg suggests that Kadyrov is increasingly seen as the second most powerful person in Russia after Vladimir Putin. Regional bureaucracies make overtures to Kadyrov with the apparent aim of winning Putin’s gratitude. However, given the influence of Russian nationalism, it unclear how long Kadyrov’s elevation will be allowed to continue. 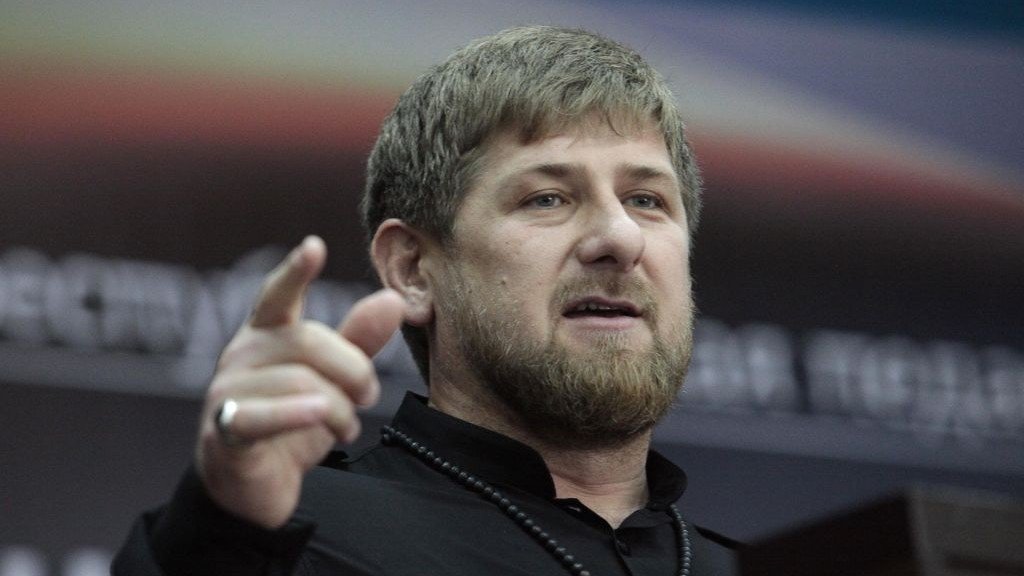