Russia’s Ground Forces are moving away from the brigade-based structure of the “New Look” reforms to form divisions in the western strategic direction. This involves the formation of three divisions in western Russia, with two being constituted in the Western Military District (MD) and one in the Southern MD. This is mainly cast as a response to the United States’ and the North Atlantic Treaty Organization’s (NATO) posture toward Russia. However, its underlying driver seems to be a desire to back away from the reforms initiated by former defense minister (2007–2012) Anatoly Serdyukov and move to something more comfortable for the current leadership of the General Staff. Nevertheless, while being portrayed as a response to NATO, there are many contradictions in these plans—which will probably experience adjustment before full implementation—as well as reluctance to synergize the latest transformation efforts with improving strategic and operational mobility (Nezavisimoye Voyennoye Obozreniye, April 1; see EDM, January 19).

On January 12, Defense Minister Sergei Shoigu addressed the top brass during a video conference at the National Defense Management Center (Natsional’nyy Tsentr Upravleniya Oboronoy—NTsUO), in Moscow. A central part of the military’s plans for 2016, according to Shoigu, was the need to form new divisions to counter moves by NATO. This reflected measures already in place: forming the 1st Tank Army in Western MD from units in the 20th Combined Arms Army (CAA) and conducting a limited reorganization from brigades to divisions. The impact of the structural changes appeared marginal, but held out the promise of such units as first in line for new advanced hardware (TASS, January 12).

The Russian political-military leadership has been explaining the need for such structural changes in the “Western strategic direction” by referring to US and NATO military activities close to Russia’s borders. In December 2015, Shoigu portrayed the NATO “build-up” near Russia’s borders in terms of a year-on-year increase in aircraft numbers (patrols) and increasing military personnel numbers; he also noted missile defense and naval activities and referred to the continued presence in Europe of tactical nuclear weapons. Consequently, according to the top brass, Russia must respond asymmetrically and strengthen its forces in the Western and Southern MDs (Nezavisimoye Voyennoye Obozreniye, April 1).

NATO is bolstering rapid-reaction capabilities in its northeastern and eastern flanks in response to the Ukraine crisis. And this shift in emphasis has been enhanced with plans to boost the rotational US Army presence in these parts of Europe. US European Command (EUCOM) announced that in February 2017, as part of the European Reassurance Initiative, EUCOM will begin continuous troop rotations of armored brigade combat teams (ABCT); a total of three fully equipped brigades will be involved in nine-month rotations from the US. By late 2017, there will be a continuous presence of three fully equipped ABCTs—one armored, one airborne and one Stryker—with prepositioned equipment and division-level enablers (Army.mil, March 30).

Russian General Staff sources suggest the 1st Tank Army and the 20th CAA in the Western MD, designated as “divisions,” will contain four maneuver regiments like their earlier Soviet versions. The new divisions in the Western MD will be headquartered in Yelnya and Boguchar. Two Motorized Rifle Divisions (MRDs) will form the basis of the 20th CAA by the end of 2016: these will be located in Smolensk and Vorenezh, each MRD will have a personnel strength of 10,000. “Now, as it was in Soviet times, each tank division will have three tank regiments, a motorized rifle regiment, a self-propelled artillery regiment and an anti-aircraft missile regiment; and each motorized rifle division [will include] three motorized rifle regiments, a tank regiment, a self-propelled artillery regiment and an anti-aircraft missile regiment,” noted a General Staff source. The division will include supporting units: intelligence, communications, logistics, electronic warfare, nuclear-biological-chemical (NBC) units, and others. These formations will be the first in the Ground Forces to procure T-14 Armata platforms and new Kurganets combat vehicles (TASS, April 1; Lenta.ru, March 31).

Similar restructuring is underway in the Southern MD, aiming to deploy a new MRD headquartered in Rostov by late 2016. Also with 10,000 personnel and reflecting the structures being formed in the Western MD, the defense ministry plans to build supporting infrastructure for the division. Southern MD staff described the new MRD as “full blooded” and estimated the initial costs for building its facilities at 5 billion rubles ($73 million) (Nezavisimoye Voyennoye Obozreniye, April 1; TASS, March 24).

No less an authority on these plans, the commander of the Ground Forces, Colonel-General Oleg Salyukov, explained that they are driven by General Staff assessments conducted during “snap inspections” of the Armed Forces. According to their conclusion, the Serdyukov-era reforms had resulted in an imbalance in favor of brigades. Salyukov stressed that the three divisions promised by Shoigu are not being formed from scratch, but on the basis of existing brigades, with the aim of adding to their firepower, strike force capabilities and the need to perform tasks along a “much wider battle front.” The General Staff wants to establish a variety of differing formations, from divisions to brigades and battalion tactical groups (BTGs), to shape appropriate responses to various theaters of conflict. Salyukov said the Ground Forces’ command conducted a detailed study in 2014–2015 on the formation, support and use of tactical groups of forces in the Soviet Union, Russia and leading militaries to create an “optimal composition for the BTG formations of the Ground Forces.” While the current priority is unchanged in terms of seeking exclusively contract-personnel-staffed BTGs, the main effort is to prepare each BTG for action on any axis in “complex conditions” and in “unfamiliar terrain” (Voyenno Promyshlennyy Kuryer, February 10).

Though the Serdyukov reforms switched to a brigade-based model for the Ground Forces, aspects of the legacy Soviet force approach were preserved due to concerns about retaining sufficient firepower. A Russian brigade differs from its NATO counterpart. But the single most significant error was forming generic “heavy” brigades, identified by the General Staff during strategic exercises that rehearsed the movement of formations over great distances; their recommendation to form “medium/multirole” and “light” brigades was never implemented; impairing mobility. The latest effort will offer more structural variation, but still inhibit strategic mobility due to the prevalence of heavy armor. Salyukov, despite talking up the divisions, still recognizes the need to break these down to meet operational requirements and rely on deploying BTGs. Yet, there is a real underlying message for NATO: along its Western periphery, Russia will emplace its very best units, fully equipped with its most advanced weapons and hardware. 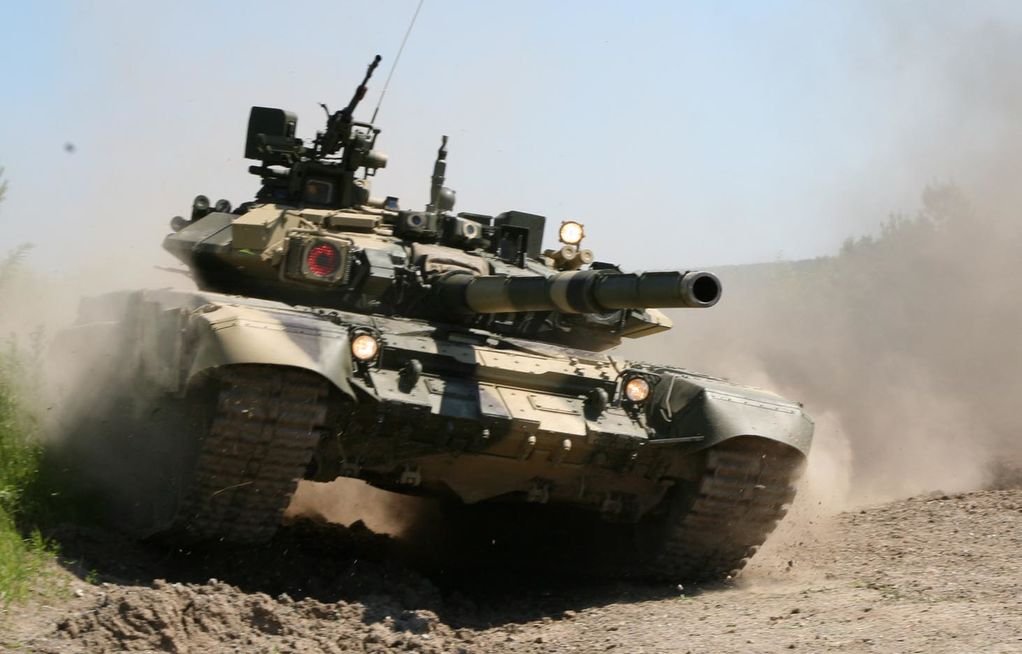 Back
Nuclear Security and Arms Control Are No..Next
Transnistria Moves Toward Russia Despite..

The Jamestown Foundation was proud to present an online webinar... END_OF_DOCUMENT_TOKEN_TO_BE_REPLACED

An August 25 article in The New Arab quotes Jamestown Senior Fellow Sergey Sukhankin regarding Russia’s continued interests in Libya and how it uses private... END_OF_DOCUMENT_TOKEN_TO_BE_REPLACED

The October 2020 issue of Militant Leadership Monitor features a brief on the Iranian-backed militia leader of Harakat Hezbollah al-Nujaba, Akram al-Kaabi; a look at the Subahani Haja Mohideen, the Islamic State returnee recently arrested in India; an analysis of the former Islamic State War Minister, Gulmurod Khalimov; an... END_OF_DOCUMENT_TOKEN_TO_BE_REPLACED