Italy’s ENI energy champion CEO Paolo Scaroni recently noted that the European Union was “sleepwalking” on energy policy. “It seems incredible that the EU, which debates and legislates every aspect of our existence, including the bends of cucumbers and curves of bananas, failed to spot what was going on” in terms of Europe’s gas-induced energy dependence, Scaroni told the World Energy Congress in Rome (Dow Jones, November 13; Globe and Mail, November 14).

On November 13 EU Internal Market Commissioner Charlie McCreevy gave the Hungarian government a “Letter of Formal Notice,” expressing concern that the law may contain unjustified restrictions on the free movement of capital and the right of establishment of foreign companies in Hungary. The commissioner writes that the EU Commission regards this law as contravening the EC Treaty and EU laws (Global Insight Daily Analysis, November 14).

According to McCreevy’s spokesman, “They [Hungarians] should convince us or give us the necessary evidence to show that everything is in line with European law” (AFP, November 14). This shifts the burden of proof onto Hungary. Should the Commissioner deem the answer unsatisfactory, he can then issue a “Reasoned Opinion,” detailing a case against Hungary and proposing remedial actions to be taken within a given time limit. Failing that, the EU Commission can refer the matter to the European Court of Justice (ECJ), which has the power to impose fines or invalidate the Hungarian law. The ECJ alone may take several years to issue a verdict, after the preceding stages will have been exhausted. All this spells protracted and debilitating litigation, if the government-backed OMV and the commissioner have their way.

The Hungarian government is being forced into such litigation despite the fact that MOL is fully private-owned and that the law was adopted with near-unanimity by parliament, in a rare case of consensus among political forces. According to its spokesmen, the government is convinced that Hungarian experts have the answers for the EU Commission and can demonstrate compliance with EU legislation. The government itself takes the position — as Prime Minister Ferenc Gyurcsany told Citibank in London — that it would not be wrong for MOL to be foreign-owned, but it would be inappropriate for public energy supply to be controlled by a foreign state-owned entity, with possible motivations other than optimizing business (Portfolio Hungary, November 13). MOL’s CEO Zsolt Hernadi reaffirms the position that the company is in favor of doing business with OMV, but it is not necessary for OMV to buy MOL in order to do business.

For its part, OMV hailed McCreevy’s move: “The Commission’s action gives a boost to OMV’s plans to combine with MOL,” an OMV press release declared. OMV’s CEO Wolfgang Ruttenstorfer announced that he felt “encouraged by Brussels” (AFP, Platts Commodity News, Thomson Financial News, November 13, 15). Such statements seem to add a political and personal whiff to what should have been an unprejudiced attitude in Brussels.

The basic prejudice seems to be that an EU country — Hungary in this case — has an obligation to hand over a fully private and highly efficient company, which happens to be the country’s largest, to a state-controlled and less efficient company, in a politically backed hostile bid, because EU law requires free movement of capital across borders. Such a strict constructionist approach comes into conflict with the facts on the ground, which include:

The intended handover could not come as a surprise to the EU, unless Scaroni is right about “sleepwalking.” An agreement of intent on Baumgarten was signed during Russian President Vladimir Putin’s visit to Vienna earlier this year (see EDM, May 29), when top Austrian government and OMV leaders held a lengthy meeting of undisclosed content with Putin and Gazprom leaders. OMV’s hostile takeover bid against MOL began shortly after that Vienna meeting, with OMV’s non-transparent acquisition of an 8.5% block of MOL shares from a Russian businessman formerly connected with Gazprom (see EDM, July 24, 25). Apparently undaunted by all this, the EU Commission would implicitly reward OMV by supporting its takeover bid against MOL.

2) It is widely assumed — and, in Hungary, feared — that a hypothetical OMV-MOL merger would open the way for a Russian partial takeover of MOL’s oil-refining and fuel-marketing business, which is one of Europe’s most efficient and has defeated OMV in the free-market competition in several Central European countries. An OMV takeover of MOL would create a quasi-monopoly in that business in a large part of Central Europe, forcing a sale of assets under the compulsion of EU legislation. Russia’s state-connected companies would be the only buyers in sight. The EU Commission cannot be unaware of this ramification, but has failed to comment on it.

Hungary has already gone through a disconcerting experience in this regard, following the privatization of some Hungarian gas distribution networks by Germany’s E.ON Ruhrgas. Barely one year afterward, the German company offered those Hungarian networks to Gazprom, in return for German “access” to a Siberian gas field. In the event, Gazprom declined that offer as insufficient, demanding far more from the German company.

3) By taking the approach is does, the EU risks forcing Hungary — and potentially other countries — to reverse their privatization processes and go down the road of re-etatization. Hungary’s economy is highly liberalized, one of the most open in the EU (also by comparison with Austria, among other countries). The post-communist privatization was painful in terms of its social costs. It proved ultimately successful on the whole, with MOL a showcase. A national political consensus in Hungary holds that the country did not privatize its assets in order to have them renationalized by another state. OMV is controlled by the Austrian government and the Abu Dhabi state investment fund. The EU Commission is placing itself in a position of attacking the legal defenses that Hungary was forced to build against such takeovers, following the Austrian takeover bid.

The law just adopted in Hungary specifically aims to prevent takeovers by foreign state-controlled entities. It does not restrict private investment. It maximizes private companies’ decision-making opportunities by general meetings of shareholders and the transparency of operations, including latitude to defend from non-transparent takeovers. 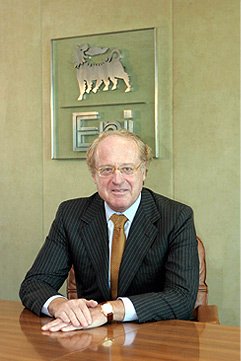 Back
AKP CONDEMNS JUDICIAL ATTEMPTS TO CLOSE ..Next
PUTIN PLEDGES MORE MONEY AND HOUSING FOR..