The resignation of the Ukrainian President Viktor Yushchenko’s chief of staff Viktor Baloga has long been expected (www.pravda.com.ua, May 16, 18). He issued a strongly worded attack on Yushchenko as having failed to implement his 2004 election promises, and therefore had no right to stand for a second term (www.edc.org.ua, May 19). Moreover, he had lobbied for Yushchenko to support Party of Regions leader Viktor Yanukovych’s candidacy.

Yushchenko did not support Baloga’s strategy to disband parliament, since it lacked a coalition majority (only 40 out of 72 Our Ukraine-People’s Self Defense (NUNS) deputies joined the coalition). On May 22 in an interview on Inter television, Yushchenko again reiterated that "his faction" (NUNS) was not a member of the coalition. The constitutional court ruled on May 12 that the presidential elections will be held on January 17, and not in October for which parliament had previously voted. According to the Minister of Justice Mykola Onishchuk, this ruled out the proposal to hold simultaneous presidential and parliamentary elections in October. Baloga had attempted to enter parliament in order to secure immunity before the presidential elections.

The situation rapidly deteriorated for Baloga on May 12 when a Kyiv court ruled that the deputy head of the Security Service (SBU) Tyberia Durdynets, could be lawfully arrested and his office and home searched. Durdynets was a close ally of Baloga’s from his home region of Trans-Carpathia. It is widely believed that Durdynets had acted under the former chief of staff’s orders when placing Ukrainian politicians and state officials under surveillance -including the deputy head of the prosecutor’s office Renat Kuzmin (www.pravda.com.ua, May 12). The prosecutor’s office had instructed the SBU and interior ministry to use force if necessary, to bring Durdynets to justice -he has since fled and has been placed on an Interpol wanted list. Another Baloga loyalist, the SBU deputy head Anatoliy Pavlenko, might also be charged for conducting illegal surveillance operations.

Baloga clearly viewed the court order as an indirect attack on himself, and felt betrayed that Yushchenko had not intervened to support "his man," Durdynets. He also warned on local Trans-Carpathian state television on May 17 that if he was the next target, he intended to reveal damaging inside information on Yushchenko.

The Ukrainian political consultant Vasyl Baziv, believes that Baloga possesses substantial kompromat on Yushchenko, and that his resignation will have serious repercussions within Ukrainian politics (www.zik.com.ua, May 18). A presidential secretariat insider told EDM that as chief of staff, Baloga had developed a close relationship with the two rival wings within the Party of Regions: the Donetsk old guard led by the "ideologist" Boris Kolesnikov, a close associate of the oligarch Rinat Akhmetov, and the "gas lobby" linked to RosUkrEnergo (RUE) co-owner Dmitriy Firtash.

The presidential insider told EDM that since January 2008 "Baloga has been one of the most ardent guardians of RUE interests in its clash with Prime Minister Yulia Tymoshenko. In March 2009 an officer from the Main Information Service of the presidential secretariat confirmed that Firtash remained the only oligarch to pay ‘bonuses’ to even the minor ranks within the secretariat." The Tymoshenko government also removed RUE from this year’s gas contract with Russia.

On May 12 Ukrainska Pravda speculated that the first deputy head of the SBU Valeriy Khoroshkovsky, might become the next target in the campaign against Baloga loyalists and Firtash’s allies. Khoroshkovsky dispatched SBU Alpha units to carry out a raid against Naftogaz Ukrainy on March 4, which was widely condemned as using the SBU to lobby his private business interests. Khoroshkovsky is believed to maintain a close business relationship with Firtash in the largest Ukrainian television channel Inter, which has strongly promoted Arseniy Yatseniuk as an alternative "orange" candidate to Tymoshenko in the upcoming presidential elections.

Baloga felt betrayed by Yushchenko’s support for Kyiv governor Vera Ulianchenko’s election on May 16 as the head of the People’s Union-Our Ukraine (NSNU) -one of nine parties within the NUNS bloc. Ulianchenko replaced Baloga as the chief of staff, indicating that Yushchenko finally decided to support the NSNU as the presidential party of power, rather than Baloga’s United Center. Ulianchenko stressed that there is only one pro-presidential party: NUNS. Baloga has had strained relations with Ulianchenko, and attempted to promote the United Center party, which he controls, as the presidential favorite. NSNS activists had sharp differences with Baloga, since his "unpleasant activities" had damaged the party in his efforts to further the United Center (www.pravda.com.ua, May 18).

Yushchenko remains convinced that he will revive his political fortunes and enter the second round of voting. On May 21 the pro-Yushchenko PR specialist Myron Wasylyk, suggested in the Kyiv Post: "Yushchenko is in the midst of picking a new team to complete his policy agenda for the last months of his first term. He is looking for a group of political managers who work well together as he begins his most important political journey – reconnecting with the millions of voters who were his electoral base, in the hope of winning re-election in 2010." Yushchenko might be competing against three "orange" candidates – Tymoshenko, Yatseniuk and Anatoliy Grytsenko – within western and central Ukraine in what will be a difficult contest. In contrast, Yanukovych will enter round two, facing little competition within southeastern Ukraine. Some of Yatseniuk’s support might also return to Yushchenko by focusing on his two achievements -democratization and nation-building. He has positioned himself in the nationalist and anti-communist, rather than in the centrist niche (Segodnya, May 18).

Playing on Yushchenko as a Ukrainian nation-builder might re-introduce ethnicity into the election campaign and again risk dividing Ukraine, as happened in the 2004 elections. Meanwhile, a split "orange" vote will permit Baloga’s favorite -Yanukovych- to win the election. 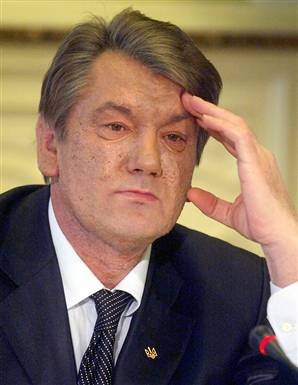 Back
Moscow Playing with Multiple Options on ..Next
Armenia Presses Ahead with Nuclear Power..

The Jamestown Foundation is pleased to present a hybrid in-person... END_OF_DOCUMENT_TOKEN_TO_BE_REPLACED

On November 17, Jamestown Foundation Senior Fellow Olevs Nikers was interviewed by Romania-based outlet Veridica regarding, among other topics, the best possible outcome for the... END_OF_DOCUMENT_TOKEN_TO_BE_REPLACED