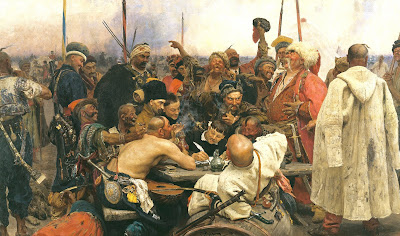 The Ukrainian military has apparently become a victim of the country’s fierce political infighting and might well be on its way to disintegration. For five months Ukraine has been without a Defense Minister, an unprecedented situation in the country’s history.

In June 2009, the Defense Minister, Yuriy Yekhanurov, was forced out of office after charges of illegal land sales were leveled against him by Prime Minister Yulia Tymoshenko. These charges were upheld by the powerful opposition Party of the Regions which at the time was in an erstwhile coalition with Tymoshenko.

Ukrainian President Viktor Yushchenko disputed the accusations against Yekhanurov and stated: “I can see no signs of corruption or any wrongdoing which could lead to the minister’s resignation.” Yushchenko praised the ministry’s 3-year track record as stable, given the meager funding the ministry gets from the cabinet.

To make matters worse, on October 5, the Chief of the General Staff, General Serhiy Kyrychenko, resigned his post due to “health reasons.” The media, however, reported that his resignation was motivated by the chronic underfunding of the Ukrainian military by the government.

Defense spending in Ukraine was reduced considerably this year, and further cuts are expected in 2010. If this trend continues, some believe that in the next two or three years, the Ukrainian army might lose its combat capability.

The crisis in the Ukrainian armed forces, according to Ukrainian analysts, is mainly due to the fact that most members of the Ukrainian leadership are not interested in defense issues, and PM Tymoshenko has been pursuing a policy in which welfare spending is her priority.

The prospect of membership in NATO once provided Ukraine with an impulse for military reform which the government saw as a platform of co-operation with the West, but this has now become more distant as prospects for NATO membership have almost vanished.

Ukraine’s largely conscript armed forces consist of 191,000 military personnel and 43,000 civilian employees. They are generally considered to be underfunded and lacking in training.

According to a 2007 study by Marybeth Peterson Ulrich of the Strategic Studies Institute, U.S. Army War College, “The Ukrainian armed forces have been on a starvation diet, recently receiving only 1.3 percent of gross domestic product (GDP). If Ukraine were in NATO, it would rank third among NATO’s 26 countries in terms of size, but 127th out of 150 countries worldwide in expenditure per serviceman.”

Former Defense Minister Yekhanurov once noted that “The Ministry of Defense has a very long way to go in the area of defense, because a systematic transformation of the Ukrainian Armed Forces requires enormous efforts, clear coherence in actions, and heavy daily routine.”

The Armed Forces of Ukraine have been struggling with insufficient financing for many years, which has been the main impediment to reform. The current economic crisis has resulted in drastic cuts in the defense budget, and left the army in a state of de facto financial collapse. In 2005–2008, the proportion of defense spending decreased from 1.3% of GDP to 0.99% (the 2005 armed forces reform program stated that Ukraine would allocate 2% of GDP to defense purposes).

The proportion of the so-called special fund in the budget, which consists of the Defense Ministry’s revenue from the sale of the army’s fixed assets, has increased from over 10% of total spending in 2000–2008 to nearly 30% in 2009. The real amounts obtained from such sales have always been lower than those foreseen in Budget legislation.

According to the Polish East-West Analytical Newsletter (no. 35, October 14, 2009) “Ever more serious shortages in material (including the increasing amount of sales of the Ukrainian armies most valuable equipment) and the loss of personnel (young officers trained to NATO standards are leaving the services), combined with the drastic reduction of practical test-ground training, means that the new structure of the Ukrainian armed forces, which were trained in the middle of this decade will become ineffective. This situation will not only delay the completion of armed forces reform, but also pose a real risk that Ukraine’s military potential will be diminished. This in turn may undermine Ukraine’s position as a partner in its military co-operation with the West, and weaken its standing in relations with Russia.“

Back
Making the Right Choice in RussiaNext
Vershbow Visits Tbilisi As Russia Takes..

The Jamestown Foundation is pleased to host the webinar, “The... END_OF_DOCUMENT_TOKEN_TO_BE_REPLACED

The Jamestown Foundation offers a glimpse at Chinese responses to the rise of “cyber-war.” While the rise of computer network exploitation has opened new opportunities for China to gather intelligence—and exposed U.S. government agencies and corporations to risks of espionage—Chinese planners are keenly aware of China’s own vulnerabilities. Viewing... END_OF_DOCUMENT_TOKEN_TO_BE_REPLACED