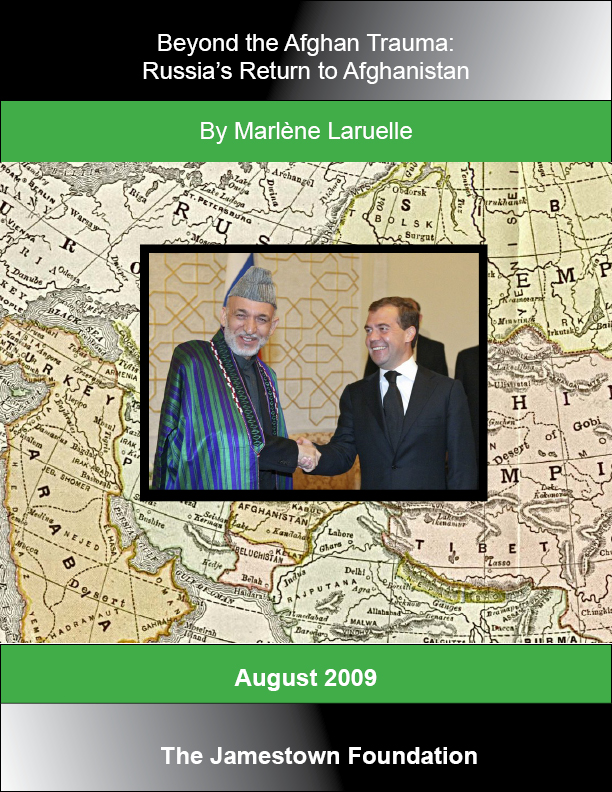 Beyond the Afghan Trauma: Russia’s Return to Afghanistan

Russian authorities are extremely divided about the right position to take as Moscow increasingly concerns itself with the Afghan question. They have continually criticized NATO’s decisions though, at the same time, many Russian politicians recognize that the coalition’s failure to stabilize Afghanistan would place Russia in great danger. To carry out its re-entry policies, Moscow is seeking to revitalize Russophile lobbies in Afghanistan. Russian economic stake in Afghanistan is also showing signs of growth. Regardless of the success of this strategy, it seems to have opened a new page in the history of Russian-Afghan relations, ending Moscow’s twenty-year absence from the Afghan scene.

Beyond the Afghan Trauma – Marlene Laruelle

On November 14, 2011, The Jamestown Foundation held a conference on Central Asia entitled, “Central Asia, Afghanistan and the New Silk Road: Political Economic and Security Challenges” at the University Club in Washington, DC. This full-length transcription covers three conference panels and keynote remarks featuring:... MORE
Select options
On December 9, 2014, the Jamestown Foundation organized the Eighth Annual Terrorism Conference. This report contains eight papers from presenters at the conference. Michael W. S. Ryan leads with “The Islamic State: What Victory Means.” Nicholas A. Heras then discusses “Swimming in a Turbulent Sea? Non-State Threats... MORE
$20.00 – $24.95 Select options
From the fourteenth to the seventeenth centuries, the Christian nations of Europe and the Shiites of Persia were forced to defend their lands against the inroads of an ever expanding Ottoman Empire, an empire whose awesome war machine at times appeared strong enough to absorb... MORE
$20.00 – $25.00 Select options
Pakistan’s Punjab Province is home to some of the world’s most insidious terrorist groups and Islamist political organizations. Islamist and jihadist groups, organized under different Islamic sects, have flourished in Punjab and among Punjabis elsewhere. The roots of Islamist militancy in the Muslim Punjab can... MORE
$15.00 – $20.00 Select options

The Jamestown Foundation was proud to host a conference on... END_OF_DOCUMENT_TOKEN_TO_BE_REPLACED

On June 6, Jamestown’s President Glen E. Howard was quoted by Task and Purpose in an article on Russia’s Chechen fighters in Ukraine. END_OF_DOCUMENT_TOKEN_TO_BE_REPLACED

The December Issue of Militant Leadership Monitor features two briefs by Nicholas A. Heras. The first focuses on the recent announcement by eastern Syrian militant leader Saddam al-Jamal of his change of allegiance from the Free Syrian Army to al-Qaeda. The second brief provides a snapshot of Osama Amin al-Shihabi whom the U.S. Department... END_OF_DOCUMENT_TOKEN_TO_BE_REPLACED