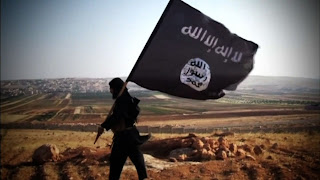 By Paul Goble
As it has done in Central Asia, Moscow is urging Georgia and other countries in the South Caucasus to return to closer cooperation with Russia in order to counter the threat from the Islamic State (IS). And some defense officials in Tbilisi seem receptive to the idea that, as one Georgian journalist put it, “Georgia must deepen its cooperation with the Russian Federation as well as the Islamic Republic of Iran, both of which have no small experience in opposing terrorist groups” (Kavpolit.com, July 1).
If Moscow succeeds in using the Islamic State threat to restore some of its dominance over these countries, it will indicate, at a minimum, that the Russian authorities are cleverly making use of IS attacks in the Middle East and Europe while assuring everyone that no such attacks are imminent in Russia. And it may indicate that the Russian security services are playing a role in structuring IS operations, at least with regard to the post-Soviet space (see EDM, June 30). But regardless of which of these interpretations is correct, it points to the ugly possibility that the Kremlin plans to use the threat of terrorism to achieve its goals across the post-Soviet space just as Vladimir Putin has done within the Russian Federation itself.
According to Vasily Papava, who identifies himself as “an independent Georgian journalist,” Tbilisi has become more worried about the IS threat to its national security since leaders of the Islamic State declared that they had founded a new administrative unit in the North Caucasus and leaders of Islamic fighters in that region declared their loyalty to it. Major General Vakhtang Kapanadze, the chief of the Georgian General Staff, and Tina Khidasheli, the country’s defense minister, both said that IS was now a threat that Tbilisi would work to counter. At the same time, however, Khidasheli said that Russia should be more focused on this threat in the North Caucasus than in assuming it has a right to intervene in neighboring countries on whatever pretext (Kavpolit.com, July 1).
But Georgians have been worried about this for more than a year, Papava says, noting that the statement by Matthew Bryza, a former US Deputy Assistant Secretary of State, that “if no one stops ISIS [the Islamic State of Iraq and Syria—former name for IS], it in the end will launch a strike through Georgia,” had attracted a great deal of attention.
Now things are coming to a head, the journalist says, and Tbilisi is considering what it must do and what resources it can bring to bear. Obviously, many in the Georgian capital would like to rely on their own resources or those from the West; but increasingly, he suggests, they recognize that neither of these is going to be sufficient. As a result, he projects, “in the near future, there will arise among the Georgian leadership the necessity of revising its former stereotypes in thinking on issues of its foreign policy preferences.”

Papava argues that “while preserving partnership relations with Western countries, Georgia should deepen its cooperation with those regional states that have a great deal of experience in opposing terrorist groups. In the first instance, these are the Russian Federation and the Islamic Republic of Iran.” Given that Georgia has virtually no security ties with Tehran, that means, he implies, the only choice is to turn to Russia (Kavpolit.com, July 1)—something Moscow would very much like.

The Jamestown Foundation is pleased to host a forthcoming webinar... END_OF_DOCUMENT_TOKEN_TO_BE_REPLACED

Jamestown Foundation Analyst Kseniya Kirillova offered her expert analysis on Putin’s “partial mobilization” announcement to G-Zero. “The Kremlin calls it ‘partial’ so as not to... END_OF_DOCUMENT_TOKEN_TO_BE_REPLACED

In this “Special Report on The Syrian Uprising: A Focus on Parties and Leadership” we examine the roles of key religious, military, and political actors in the Syrian uprising. This 2012 Quarterly Special Report features five brand-new articles commissioned by The Jamestown Foundation and one highly relevant article from The... END_OF_DOCUMENT_TOKEN_TO_BE_REPLACED