On March 21, The Jamestown Foundation held a panel discussion on “The Iskander Missile Threat to European Security,” which took place at the Cannon House Office Building, on Capitol Hill. The event brought together four U.S. and European experts on the Russian military, including Stephen Blank, a Senior Fellow at the American Foreign Policy Council; Pavel Baev, a Research Professor at the Peace Research Institute Oslo (PRIO); Jörgen Elfving, from the Swedish National Defence University; and Pawel Durys, the Chief Expert in the International Security Policy Department in Poland’s Ministry of National Defense. The speakers each delivered prepared remarks and then took questions from the audience, which was made up of policymakers from the U.S. government, Hill staffers, members of the think tank and academic communities, as well as foreign embassies in Washington, DC.

*Please scroll down for media and a full write-up of the event.

In a move worrisome to its neighbors and provocative to NATO, Russia in the past year has transferred nuclear-capable Iskander missiles to Kaliningrad, Crimea and the South Caucasus. When deployed on NATO’s doorstep, these mobile tactical ballistic missiles threaten European stability, put U.S. allies at risk, and potentially violate the 1988 INF Treaty because of the Iskander system’s ambiguous operational range.

Please join The Jamestown Foundation, on March 21, from 3:30 P.M. to 5:30 P.M., as our panel of experts discusses these developments, analyzes the threat to Transatlantic security, and considers what the U.S. and NATO strategy and reaction should be to Russia’s provocative behavior. 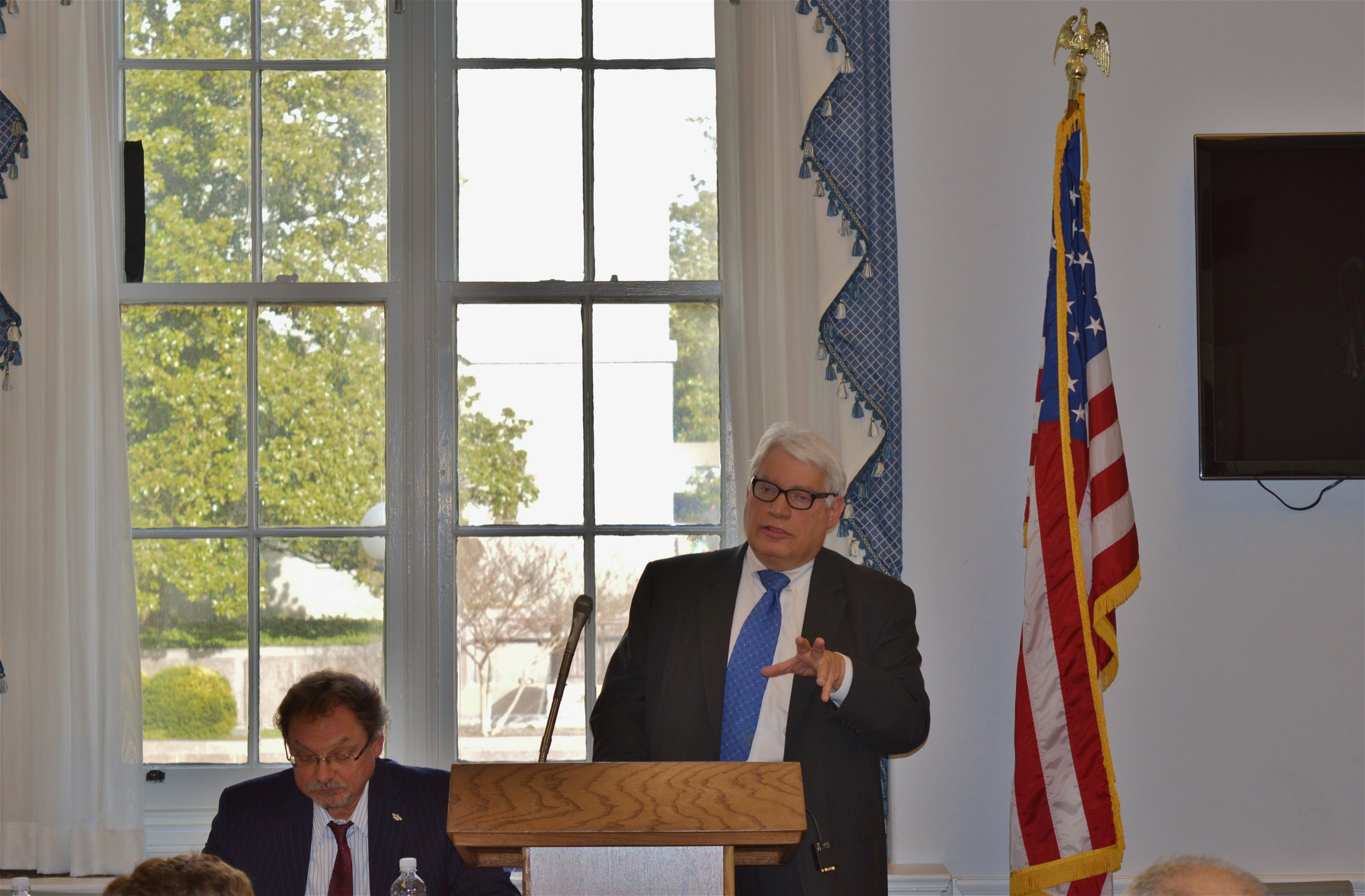 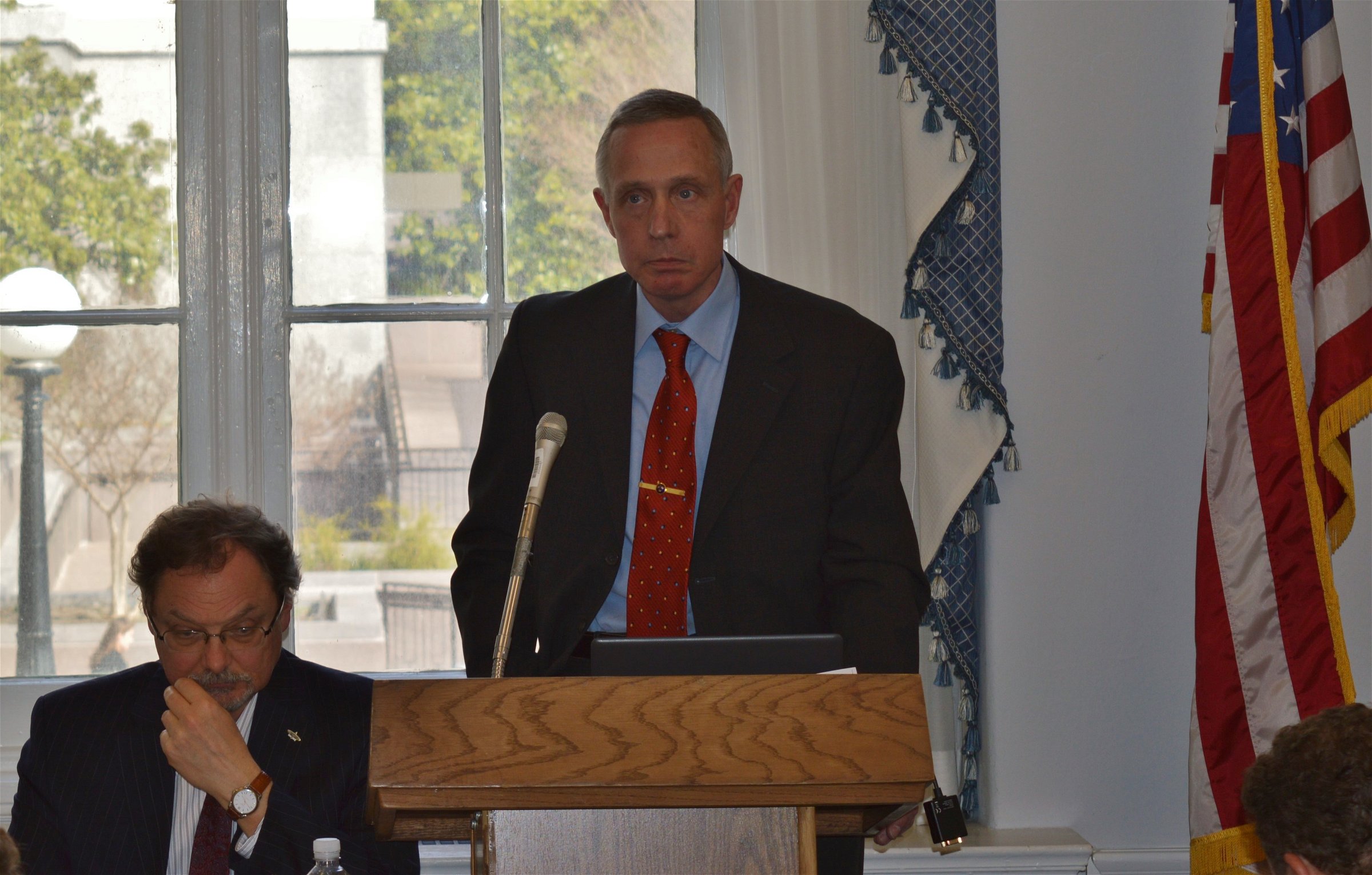 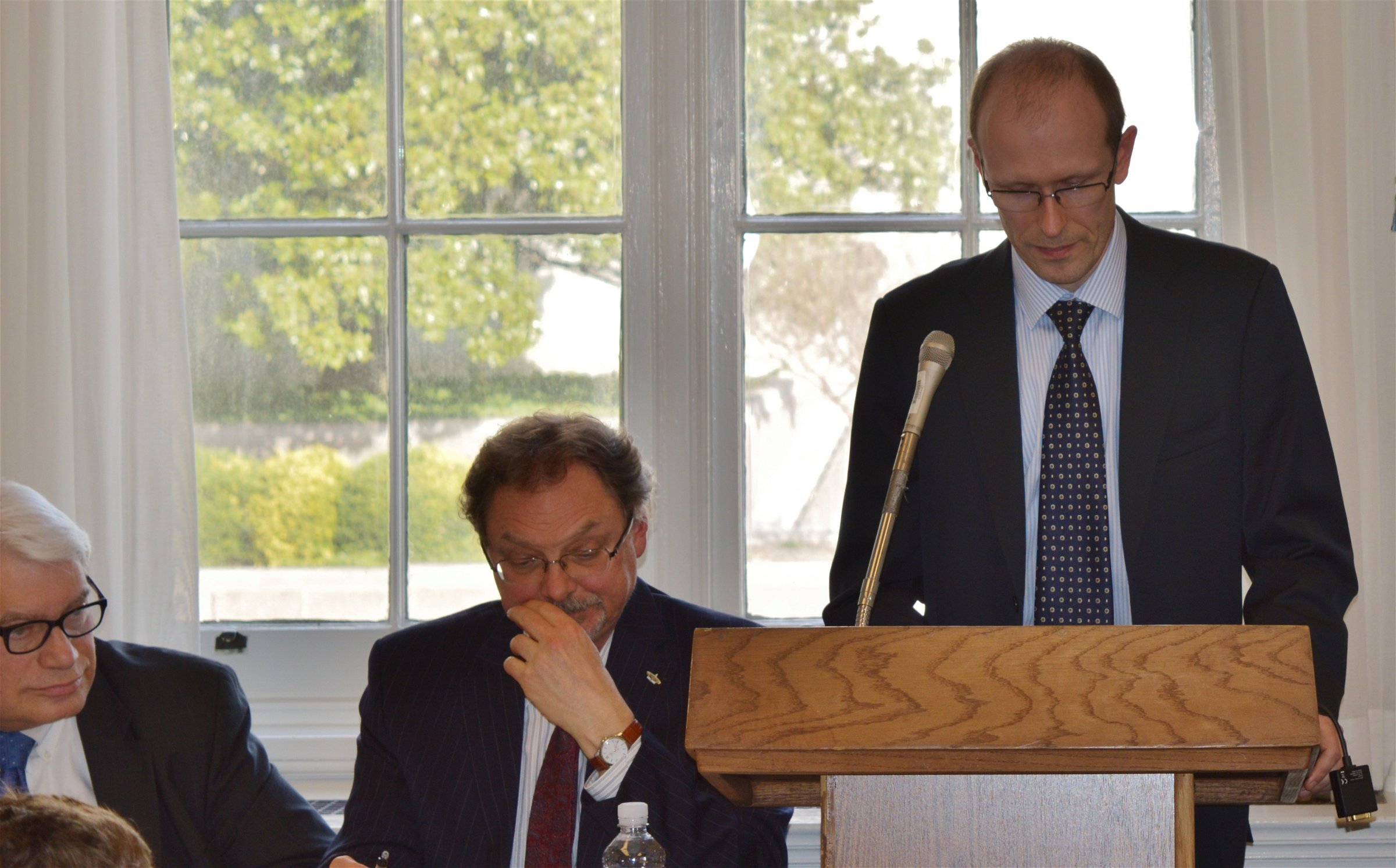 “The Operational Threat of the Iskanders to European Security”

“Putin’s Missile Card: What it Means for European Security”

“The  Iskander’s Threat to European Security: The View from Poland”

“The Threat and Instability of the Iskanders Along Europe’s Flanks: From the Baltic to the South Caucasus”

Pavel Baev is a Research Professor at the Peace Research Institute Oslo (PRIO) and a Nonresident Senior Fellow in the Center on the United States and Europe at Brookings. He specializes in Russian military reform, Russia’s conflict management in the Caucasus and Central Asia, and energy interests in Russia’s foreign and security policies, as well as Russia’s relations with Europe and NATO.

Baev graduated from the Moscow State University in 1979 with a master’s degree in political geography, and worked in a research institute in the former USSR Ministry of Defense. After receiving a doctorate in international relations from the Institute for the U.S. and Canadian Studies, Moscow in 1988, he worked with the Institute of Europe in Moscow until October 1992, when he joined PRIO. From 1995 to 2001 he was a co-editor of Security Dialogue, a quarterly policy-oriented journal produced at PRIO. From 2000 to 2004, Pavel was the head of the Foreign and Security Policies program. He held the NATO Democratic Institutions Fellowship from 1994 to 1996.

Baev’s articles on the Russian military posture, Russian-European relations, and peacekeeping and conflict management in Europe have appeared in Armed Forces & Society, Cambridge Review of International Affairs, Contemporary Security Policy, European Security, International Peacekeeping, Jane’s Intelligence Review, The Journal of Peace Research, The Journal of Slavic Military Studies, Problems of Post-Communism, Security Dialogue, Studies in Conflict & Terrorism, and The World Today. He also has a weekly column published in the Eurasia Daily Monitor and is the author of the blog, Arctic Politics and Russia’s Ambitions.

He has published over 900 articles and monographs on Soviet/Russian, U.S., Asian, and European military and foreign policies, testified frequently before Congress on Russia, China, and Central Asia, consulted for the CIA, major think tanks and foundations, chaired major international conferences in the USA and abroad In Florence, Prague, and London, and has been a commentator on foreign affairs in the media in the United States and abroad. He has also advised major corporations on investing in Russia and is a consultant for the Gerson Lehrmann Group.

As Chief Expert in the International Security Policy Department of the Polish Ministry of National Defense, Dr. Pawel Durys is responsible for development, monitoring and implementation of NATO’s deterrence and defense political-military initiatives.

Prior to this appointment, Dr. Durys has served in numerous positions in non-proliferation, defense and security policy during his 16-year career with the Polish Ministry of National Defense and the Polish Permanent Delegation to NATO. He also represented the Delegation’s interests on nuclear deterrence, counter WMD proliferation and non-proliferation policy issues, as well as on NATO ballistic missile defense. Additionally, Dr. Durys led and coordinated strategic initiatives in defense policy and national security at the Polish Ministry of National Defense, including the Strategic Defense Review and NATO Defense Planning Process.

Dr. Durys received his Ph.D. in International Law and Master of Arts in International Relations from Warsaw University. He has lectured on and published articles about international security and law, non-proliferation and nuclear issues, ballistic missile defense and combating WMD.

Jörgen Elfving is a former Swedish army and general staff officer. During his military career, he mainly served in staff positions handling the Soviet Union/Russia. He has also previously been posted as a military attaché to the Baltic States. After retiring from the Swedish armed forces, Elfving has worked for a number of Swedish government agencies as a consultant and pursues a research project at the Swedish National Defense University regarding the development of Russia’s military capabilities.  In addition, he has been active as a translator and written a number of articles about the Russian military as well as a book about the reformation of the Russian armed forces.

Back
The US, Russia, and the Security of Euro..Next
Moldova: The Geopolitics of an Internall..

The Jamestown Foundation is pleased to host a forthcoming webinar... END_OF_DOCUMENT_TOKEN_TO_BE_REPLACED

Jamestown Foundation Analyst Kseniya Kirillova offered her expert analysis on Putin’s “partial mobilization” announcement to G-Zero. “The Kremlin calls it ‘partial’ so as not to... END_OF_DOCUMENT_TOKEN_TO_BE_REPLACED

The July issue of Militant Leadership Monitor begins with briefs on Islamic State militants. Hassan Aboud recently defected to Islamic State and brought with him the group Liwa Dawud. Abu Sayaah Tiyaara leads a besieged chapter of Islamic State in the Damascus suburbs, far from the group’s power base. Mairbek... END_OF_DOCUMENT_TOKEN_TO_BE_REPLACED