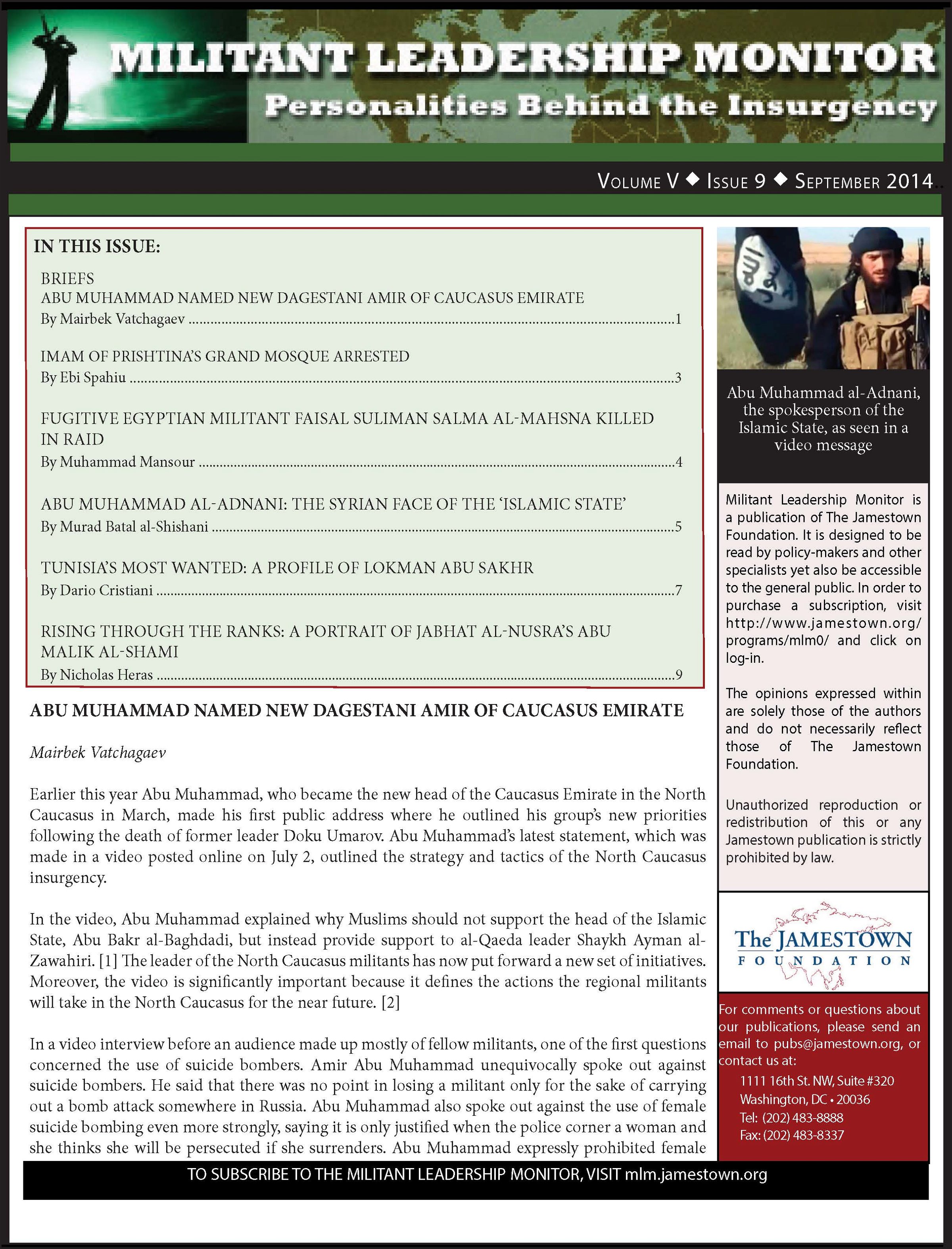 The September 2014 issue of Militant Leadership Monitor begins with a brief on the new leader of the Caucasus Emirate, Abu Muhammad, by noted Chechen analyst Mairbek Vatchagaev. Ebi Spahiu then discusses the recent arrest of Shefqet Krasniqi, the imam of the Grand Mosque in Prishtina, Kosovo. Next, Faisal Suliman Salma al-Mahsna’s death in a raid is detailed by Muhammad Mansour. This is followed by Murad Batal al-Shishani’s glimpse of Abu Muhammad al-Adnani, the spokesman of the Islamic State. Lokman Abu Sakhr of Tunisia is then profiled by Dario Cristiani. Finally, Nicholas Heras covers Abu Malik al-Shami, Jabhat al-Nusra’s amir on the Syrian-Lebanese border.

The Jamestown Foundation is proud to present a webinar on “Broken... END_OF_DOCUMENT_TOKEN_TO_BE_REPLACED

On January 9, The New York Times ran an article on a scandal involving Hong Kong government elites that featured an interview with Jamestown Senior... END_OF_DOCUMENT_TOKEN_TO_BE_REPLACED

During the week of October 14–20, 2014, Eurasia Daily Monitor presented a series of special issues featuring net assessments of developments across Eurasia since the beginning of the year. Following Ukraine’s Revolution of Dignity on the Maidan, and Russia’s ensuing cynical attack on the country and annexation of Crimea,... END_OF_DOCUMENT_TOKEN_TO_BE_REPLACED