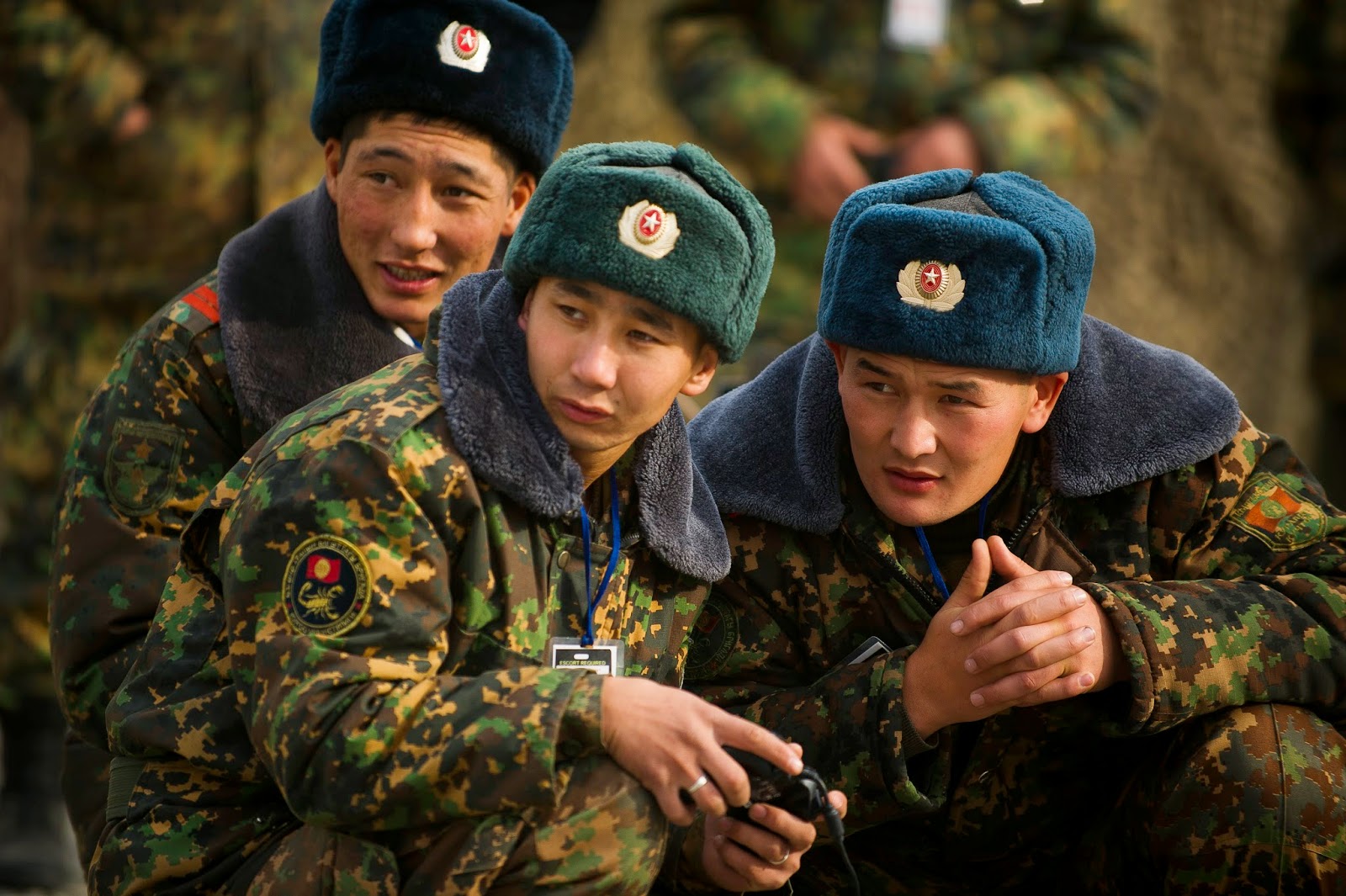 By Paul Goble
The countries of Central Asia face challenges from both within and without, but few of them have militaries capable of maintaining domestic order or blocking the invasion of Taliban or Islamic State forces from Afghanistan. Kyrgyzstan’s military is in particularly dire straits. The country’s Armed Forces suffer from inadequate food, uniforms and supplies, widespread mistreatment of draftees by older soldiers and officers, corruption, suicides, and mass desertion, according to a new 66-page Russian-language report prepared under the auspices of the Organization for Security and Cooperation in Europe (OSCE). It concludes brutally: “the Armed Forces of the country need complete reformation” (OSCE, February 2015).
The study, conducted jointly by the OSCE and local researchers, examined the situation in 70 different units throughout Kyrgyzstan, in the most comprehensive survey ever undertaken of conditions in the uniformed services of that country. Twenty-two of the units were in the army, thirty-four in the border guards service, six were in the national guard and penal guard services, and two were in the emergency services ministry. In all, 1,115 servicemen were interviewed. And while the OSCE study naturally focused on the human rights dimension, its portrait of an army in disarray cannot fail to concern anyone worried about whether Kyrgyzstan will be able to withstand the obvious challenges it now faces.
In presenting the report, Sergey Kapinos, the head of the OSCE Center in Bishkek, said bluntly that the uniformed services of Kyrgyzstan will not be able to fulfill their military tasks if they do not respect the rights of servicemen. The problems of these services, he continues, involve not only dedovshchina (“the mistreatment of junior soldiers by their seniors”) but also, and importantly, inadequate support for all those serving their country and the fact that “experienced military personnel are becoming ever fewer” and are not being replaced by a new generation.  Kapinos suggested that the military has made some efforts in the right direction but that both it and the government need to do far more.
The attitude toward, or at least the ability of the Kyrgyzstani state to support, its military is reflected in the fact that sergeants receive only $163–193 a month and that the most senior commanders receive less than $409 a month.  Border guards are paid a little more, but not much. And perhaps the most damning finding of all: the Kyrgyzstani army currently spends a dollar a day to feed its soldiers, 40 cents less than the country’s jails spend on feeding prisoners.
The situation may be even worse than the OSCE study suggests: According to one of those who conducted the survey, many units returned all of their questionnaires without filling them in, apparently out of fear that those above them would punish their members for answers the regime would not approve of. The only bright spot, he said, is that the General Staff of the Armed Forces explicitly said that it would like the team to travel to all units to explain the rights soldiers are supposed to have and that they would welcome more such surveys in the future.

The OSCE also reported that 94.6 percent of the soldiers in the army were ethnic Kyrgyz, vastly more than the 64 percent of the population they form.  That means that the non-Kyrgyz, including Russians and Uzbeks, are distinctly underrepresented, yet another reason to worry about the military’s capacity to do its job.

Back
Neo-Paganism Spreading Among Russia’s ..Next
Armenia Cautiously Expanding Ties With I..

The Jamestown Foundation is pleased to host the webinar, “The... END_OF_DOCUMENT_TOKEN_TO_BE_REPLACED

The February 2021 issue of Militant Leadership Monitor features a brief on the recent arrest of the last fugitive responsible for the devastating 2002 Bali bombings; an update on the case of Ahmad Omar Saeed Shaikh, who was recently acquitted of killing Wall Street Journal journalist David Pearl; a... END_OF_DOCUMENT_TOKEN_TO_BE_REPLACED