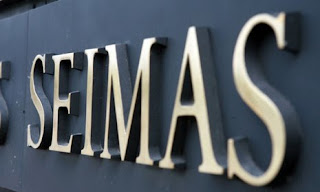 On June 1, the Lithuanian parliament, Seimas, passed a resolution towards Georgia that can be seen as a precedent for other countries and an opportunity for Tbilisi to reinvigorate its diplomatic efforts. Lithuania has long been one of Georgia’s strongest supporters in NATO, the European Union and other international organizations, but Vilnius’s most recent move heralds a new trend in how the international community is treating Georgia’s outstanding security problems and Moscow’s actions vis-à-vis its smaller neighbor.

Until now the emphasis has been on non-recognition of Abkhazia and “South Ossetia” – Georgia’s two regions that Russia unilaterally declared as independent. But the Lithuanian parliamentarians took it a step further and openly qualified Russia’s past and current actions against Georgia as acts of aggression such as “armed attack and invasion,” “bombardment, occupation and annexation,” “illegal mass conferral of citizenship and establishment of pseudo-state puppet entities in the occupied territory,” and gross and systematic violations of human rights, including ethnic cleansing, other crimes against humanity and war crimes.”

The resolution also stated that Moscow continues to be in gross violation of the August 2008 ceasefire agreement between Russia and Georgia – mediated and signed by French President Nocolas Sarkozy then-rotating president of the European Union – and assessed “continuing presence of the Russian armed forces in the territory of Georgia and the activities of puppet entities in Abkhazia and South Ossetia as the illegal occupation of the respective parts of the territory of Georgia.”

The Lithuanian parliament’s resolution enumerated the “key principles” Russia has to follow to help restore “peace and security in the Russian-Georgian conflict zone. Among them are “withdrawal of the Russian armed forces from the occupied parts of the Georgian territory”… “return of refugees and displaced persons to their homes in secure conditions… and “restoration of Georgia’s jurisdiction over Abkhazia and South Ossetia.”

Tbilisi immediately hailed the resolution, and Georgian Foreign Minister Grigol Vashadze’s office issued a statement expressing Georgia’s gratitude to Lithuania “for such an active support of Georgian sovereignty and territorial integrity and open recognition of the occupation of Georgia.” Vashadze visited Vilnius shortly before the Lithuanian resolution was adopted. Chairman of Georgian Parliament David Bakradze, for his part, called Lithuania’s decision “a significant step” that can be followed by other countries in the future.

Prior to the Lithuanian move, on May 20, the European Parliament adopted a resolution “on the need for an E.U. strategy for the South Caucasus” in which it reiterated “its unconditional support for the sovereignty, territorial integrity and inviolability of the internationally recognised borders of Georgia, and call[ed] on Russia to respect them.” Although the European parliamentarians deplored “the recognition by the Russian Federation of the independence of Abkhazia and South Ossetia as contrary to the international law”, and called on Russia to honor “its commitment to withdraw its troops to the positions held before the outbreak of the August 2008 war”, they once again stopped short of calling Russia’s illegal presence in Georgian territories an act of occupation.

Lithuania is a member of NATO and the European Union and the resolution of its parliament has the potential to set a precedent for other countries in Europe and beyond, along with advancing Georgia’s interests within those organizations. But given the sensitivities characterizing the West’s relations with Russia, political analysts in Tbilisi believe that before any international organization openly call Russia’s illegal presence on Georgian soil occupation, it might be a better strategy for Tbilisi to encourage as many countries as possible to follow Lithuania’s suit by using bilateral diplomatic channels and public relations tools.

Back
Secrets behind Saakashvili’s Spectacul..Next
Is Gazprom Losing its Point?

The Jamestown Foundation is pleased to host the webinar, “The... END_OF_DOCUMENT_TOKEN_TO_BE_REPLACED

In this Special Report “Pakistan’s Tribal Militants: Profiles from the Pashtun and Baloch Insurgencies,” we examine some of Pakistan’s tribal militant leaders in the Federally Administered Tribal Areas (FATA) and the North West Frontier Province (NWFP) as well as the tribal insurgency in Pakistan’s south, the Balochistan insurgency, which... END_OF_DOCUMENT_TOKEN_TO_BE_REPLACED