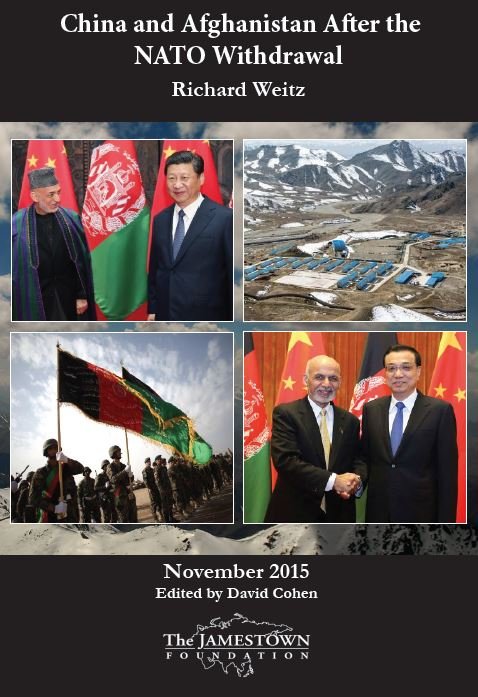 China and Afghanistan After the NATO Withdrawal

Available for Free Download at the Bottom of the Page

Chinese policymakers have conflicting sentiments regarding the planned military withdrawal of the United States and its allies from Afghanistan. PRC officials have expressed their commitment to collaborate with the international community to promote political stability, social progress and economic development in Afghanistan. They want Chinese firms to secure access to Afghanistan’s natural resources and build the economic infrastructure needed to bring them to China. At the international level, Chinese officials support having the Shanghai Cooperation Organization (SCO), the United Nations and other multinational organizations play some role in Afghanistan. But the Chinese government has declined to contribute combat forces or logistical assistance to the NATO-led International Security Assistance Force in Afghanistan (ISAF), and has refused to commit to support any NATO-led follow-on force. Beijing’s reluctance to side openly with NATO in Afghanistan reflects a fear of antagonizing the Taliban, which could retaliate against China’s growing economic interests in Afghanistan and perhaps again stir up trouble among China’s Muslim minority.

Chinese commentators have shown scant interest in sending military forces to support or replace the current NATO mission or increasing their own economic aid levels to compensate for declining Western assistance. Yet while PRC policymakers naturally wish to maintain their low profile in Afghanistan, such an option is vanishing. They are now considering how to keep Beijing’s costs and commitments modest while preventing the emergence of a dangerous security and institutional vacuum. Excluding a complete Taliban defeat, China’s preferred outcome is a negotiated peace settlement among the Afghan government, the Taliban and the other Afghan combatants, supported by Afghanistan’s neighboring countries and the great powers. These international partners would agree to preserve Afghanistan’s neutrality from foreign military alliances and collectively contribute to the country’s political development and economic reconstruction. This scenario would establish a more favorable environment for PRC investment in Afghanistan, reduce some sources of regional terrorism and narcotics trafficking, and facilitate use of Afghanistan’s territory as part of the Afghan-Pakistan-Central Asian “Silk Road” connecting China’s trade and investment with the rest of Eurasia and Europe.

The Taiwan Navy can no longer keep up with a Chinese military that commands vast material preponderance, both quantitative and, increasingly, qualitative. It should no longer try. Nevertheless, the strategic vision set forth by the Republic of China Navy (ROCN), or Taiwan Navy, aims at... MORE
$15.00 Select options
The Occasional Paper, entitled “Northern Nigeria’s Boko Haram: The Prize in Al-Qaeda’s Africa Strategy” is now available for purchase on our website. This Occasional Paper examines the evolution of al-Qaeda’s Africa strategy from its focus on East Africa in the 1990s to the entire African... MORE
$20.00 – $25.00 Select options
Russian authorities are extremely divided about the right position to take as Moscow increasingly concerns itself with the Afghan question. They have continually criticized NATO’s decisions though, at the same time, many Russian politicians recognize that the coalition’s failure to stabilize Afghanistan would place Russia... MORE
$0.00 Read more
In Gazprom's European Web, Jamestown analyst Roman Kupchinsky traces the unspoken connections between Russian gas giant Gazprom and various European companies.
$15.00 Select options

The Jamestown Foundation was proud to host a webinar on... END_OF_DOCUMENT_TOKEN_TO_BE_REPLACED

Jamestown Foundation Analyst Richard Arnold was interviewed by PolitiFact for a story on the Lie of the Year 2022, or Putin’s long list of lies... END_OF_DOCUMENT_TOKEN_TO_BE_REPLACED

The February 2021 issue of Militant Leadership Monitor features a brief on the recent arrest of the last fugitive responsible for the devastating 2002 Bali bombings; an update on the case of Ahmad Omar Saeed Shaikh, who was recently acquitted of killing Wall Street Journal journalist David Pearl; a... END_OF_DOCUMENT_TOKEN_TO_BE_REPLACED