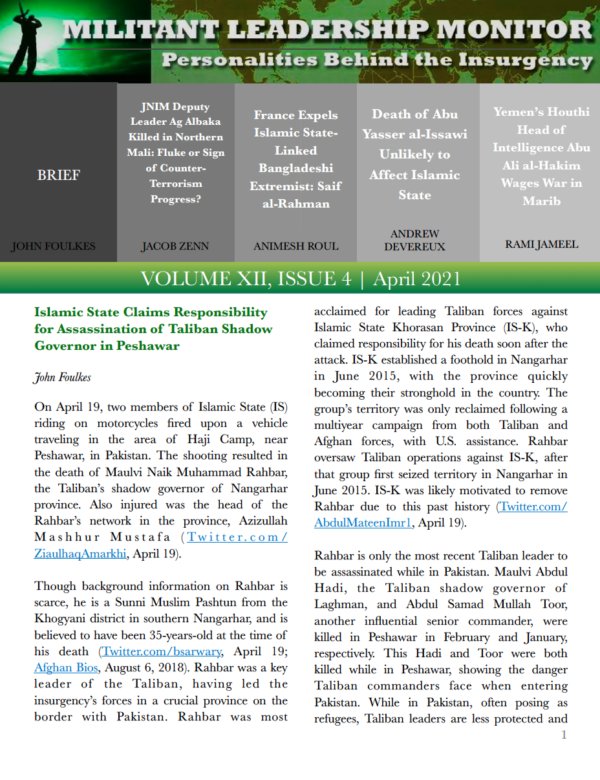 The April 2021 issue of Militant Leadership Monitor features a brief on the recently assassinated Taliban Shadow Governor, Maulvi Naik Muhammad Rahbar; a look at Abdallaye ag Albaka, the deputy leader of JNIM who was killed while leading an assault on UN peacekeepers; an profile of Saif al-Rahman, the Bangladeshi citizen who was recently deported from France due to ties with Islamic State; a post-mortem analysis of Abu Yasser al-Issawi, the former Islamic State Governor of Iraq; and a deep dive into Abu Ali al-Hakim, the battle hardened head of intelligence of Yemen’s Houthi movement.