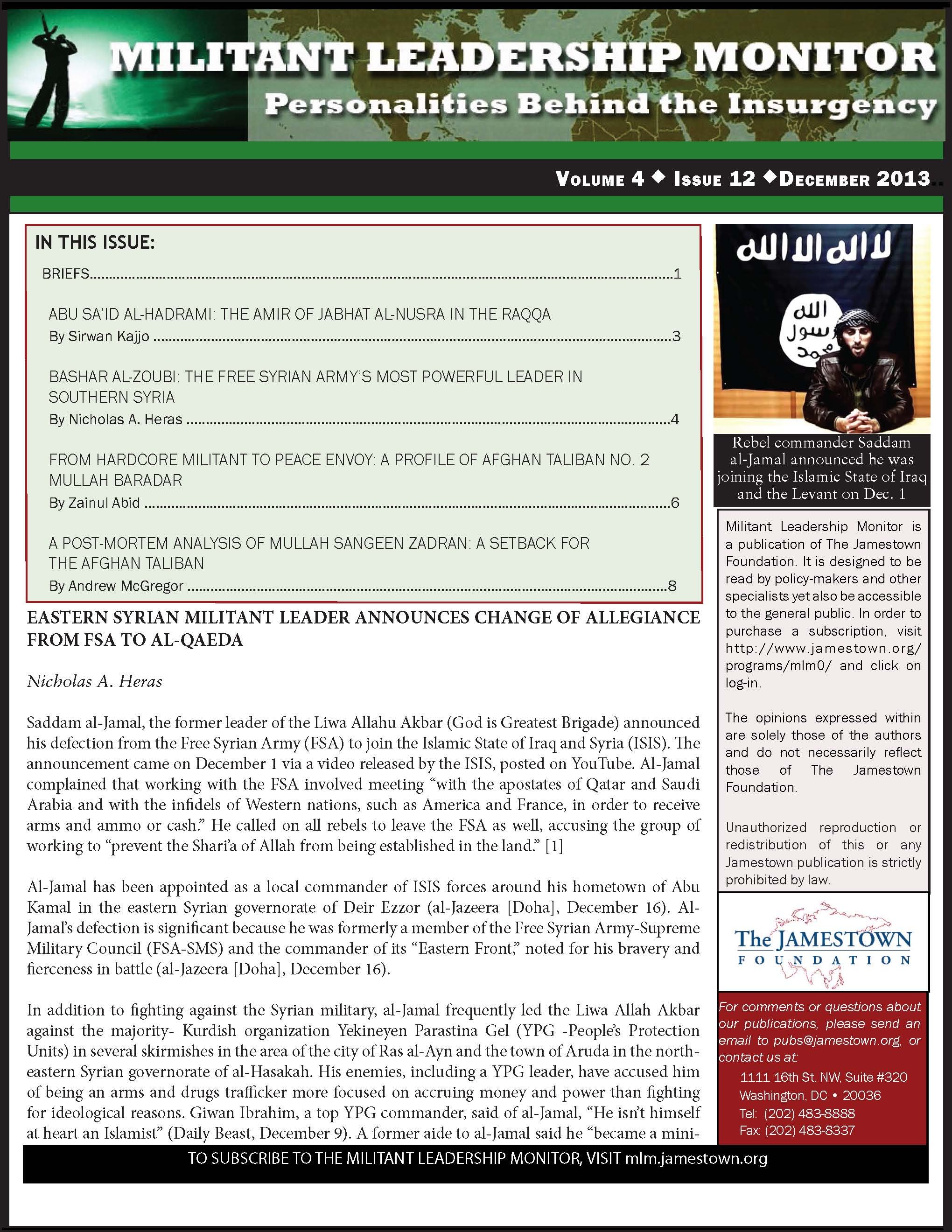 The December Issue of Militant Leadership Monitor features two briefs by Nicholas A. Heras. The first focuses on the recent announcement by eastern Syrian militant leader Saddam al-Jamal of his change of allegiance from the Free Syrian Army to al-Qaeda. The second brief provides a snapshot of Osama Amin al-Shihabi whom the U.S. Department of State listed as a Specially Designated Foreign Terrorist on December 18. Sirwan Kajjo provides the first profile of Abu Sa’id al-Hadrami, the amir of Jabhat al-Nusra in the Raqqa who was reportedly abducted by armed men affiliated with the Islamic State of Iraq and Syria (ISIS). The profile highlights the contrasting tactics between Jabhat al-Nusra and the ISIS. Next, Nicholas A. Heras takes a look at Bashar al-Zoubi, the leader of the Free Syrian Army-Supreme Military Council’s Southern Front. Syed Adnan Ai Shah Bukhari concludes the issue with a post-mortem analysis of Mullah Sangeen Zadran, one of the Afghan Taliban’s top operational commanders whose death is a setback for the Taliban.

The Jamestown Foundation was proud to host a webinar on... END_OF_DOCUMENT_TOKEN_TO_BE_REPLACED

Jamestown Foundation Analyst Richard Arnold was interviewed by PolitiFact for a story on the Lie of the Year 2022, or Putin’s long list of lies... END_OF_DOCUMENT_TOKEN_TO_BE_REPLACED