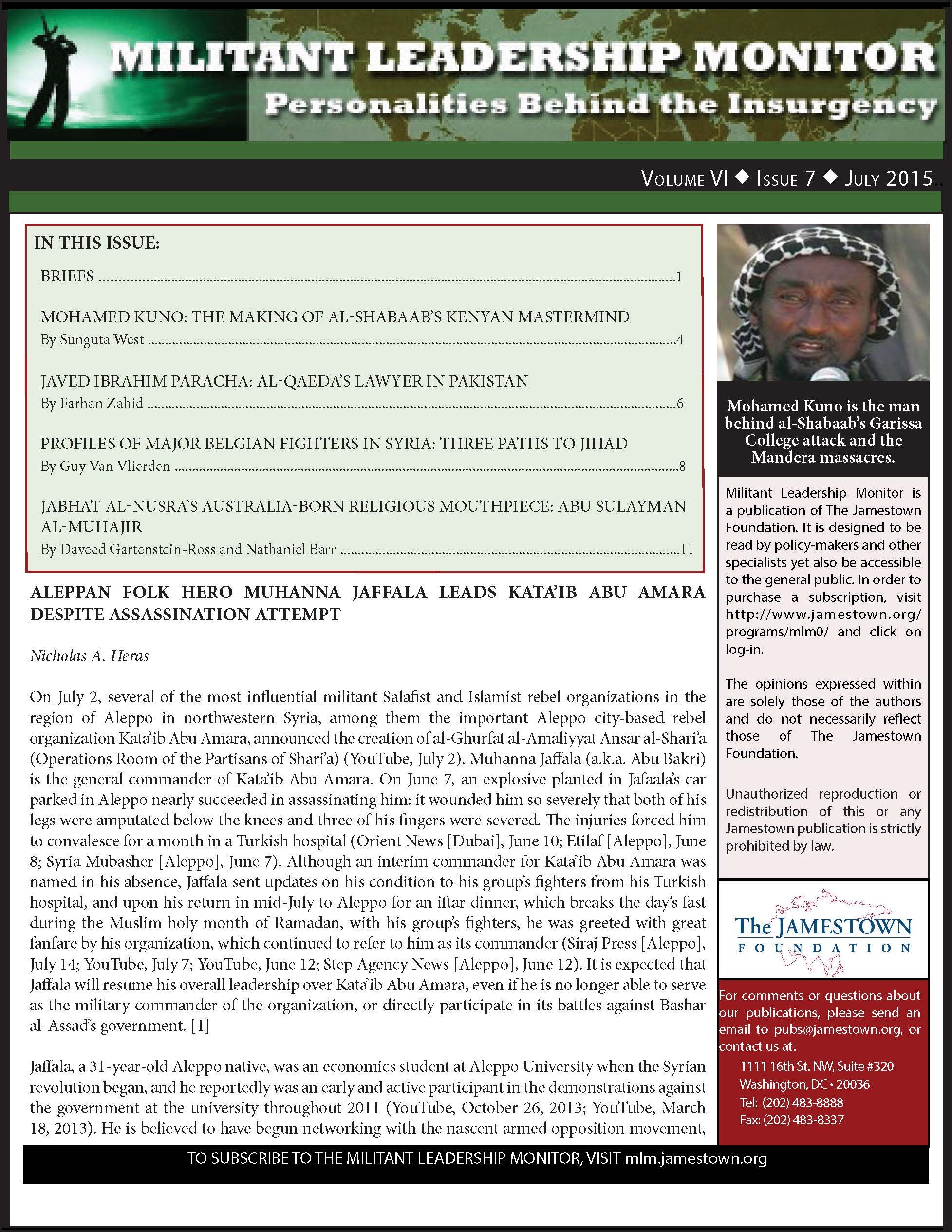 The July 2015 issue of Militant Leadership Monitor covers militants from Libya to Pakistan. Nicholas Heras begins with a brief on Muhanna Jaffala, an Aleppan student turned rebel leader who was just severely injured in an assassination attempt. Heras follows with another on Faraj al-Barassi, the Libyan National Army’s colonel who is fighting the Islamic State there. Sunguta West details Mohamed Kuno, al-Shabaab’s mastermind behind the Garissa College and Mandera attacks. Javed Ibrahim Paracha is al-Qaeda’s longtime lawyer in Pakistan according to Farhan Zahid. Guy Van Vlierden gives a glimpse into three militants from Belgium who have gone to fight in Syria and Iraq: Houssien Elouassaki, Nacer Mehentel and Bassam Ayachi. Finally, Abu Sulayman al-Muhajir, an Australian who seems to have risen to prominence in Jabhat al-Nusra seemingly overnight, is profiled by Daveed Gartenstein-Ross and Nathaniel Barr.

The Jamestown Foundation was proud to present an online webinar... END_OF_DOCUMENT_TOKEN_TO_BE_REPLACED

An August 25 article in The New Arab quotes Jamestown Senior Fellow Sergey Sukhankin regarding Russia’s continued interests in Libya and how it uses private... END_OF_DOCUMENT_TOKEN_TO_BE_REPLACED

The April 2019 issue of Militant Leadership Monitor features a brief on Yehia Moussa, the Muslim Brotherhood member in exile Turkey who has recently been indicted by the Egyptian government for his alleged role in the 2015 assassination of the prosecutor general; a profile of Taliban Fundraiser and scion... END_OF_DOCUMENT_TOKEN_TO_BE_REPLACED