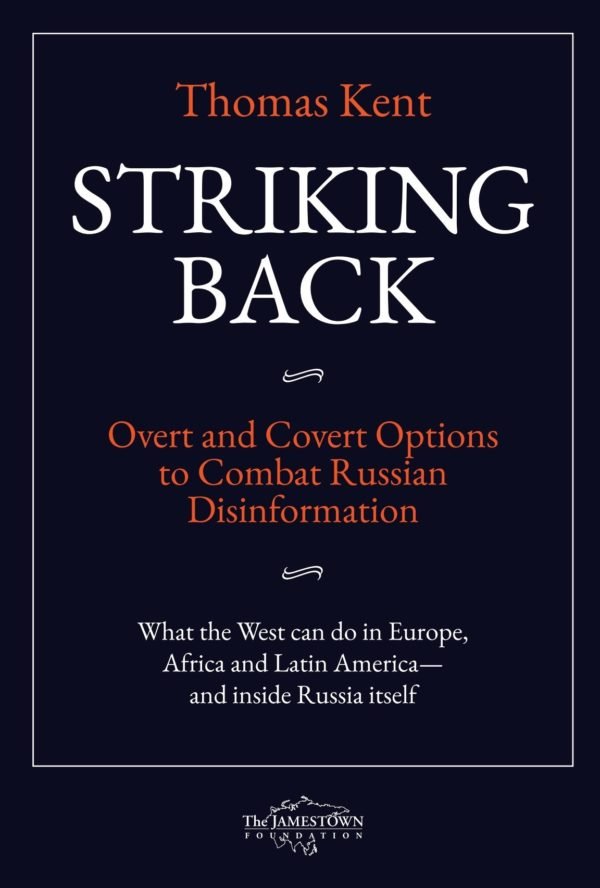 Striking Back: Overt and Covert Options to Combat Russian Disinformation

Disinformation by Russia and its allies has increased sharply in the past decade, but Western responses have been weak and uncoordinated. Most democratic countries have relied on defensive measures, such as media literacy classes and pressure on social networks to delete Kremlin-controlled accounts. Thomas Kent, the former president of Radio Free Europe/Radio Liberty, proposes an energetic new strategy: aggressive messaging to combat Russian information operations, while promoting the values of democracy that too many in the West have lost faith in. Focusing on Russian operations in Europe, Africa and Latin America, Kent describes the reluctance of many Western governments to confront Kremlin disinformation. Some are afraid of Kremlin retaliation, while others fear becoming “propagandists” themselves. Kent, a specialist on communication ethics, delves into the difference between propaganda and aggressive promotion of the truth. Kent also describes the little-publicized army of anti-disinformation warriors, independent of governments, who are already at work confronting Russian trolls and even doxing Russian soldiers. Along with independent journalists and fact-checkers, these activists represent a significant potential threat to Russian disinformation. But the groups are small and their funding is haphazard.

Striking Back presents concrete recommendations for aggressive messaging to combat Russian disinformation, including specific themes to emphasize, the best vehicles for getting messages across, and how to help those already engaged in the struggle. It also recommends stepped-up communication to Russia’s own citizens, and proposes strategies in case the Kremlin ever manages to separate the Russian internet from the rest of the online world. Striking Back also assesses the ethics and practicality of covert information activities by Western nations. Thomas Kent goes beyond depicting Russian operations to propose steps that Western governments, foundations and activists can take now to confront them.

Thomas Kent, a Senior Fellow of The Jamestown Foundation, teaches about disinformation and Russian affairs at Columbia University’s Harriman Institute. He consults for media, government and civil society organizations on disinformation and journalism ethics. He was president of Radio Free Europe/Radio Liberty and was Moscow bureau chief, international editor and ethics editor of The Associated Press.

Praise for Striking Back

“The digital age has seen unprecedented opportunities for subversion, both from hostile states as well as extremist groups. Democracies have been slow to react and find strategies to use the new information opportunities for good. We need to hurry. This book is a timely guide on how to go about it.”

—Peter Pomerantsev, author of This Is Not Propaganda: Adventures in the War Against Reality

“An excellent analysis of the problem of offensive disinformation campaigns and how to respond to them. Thomas Kent has unparalleled experience in directly dealing with this issue. He demonstrates the skill of a seasoned investigative journalist in clearly laying out the facts and the range of possible solutions.”

Violence in Iraq has declined since its civil war of 2005-2007 due to the implementation of the U.S. counterinsurgency strategy, Shi'a militia ceasefires, and the emergence of Iraq's Awakening Movement. But as the U.S. military draws down its forces, Iraq remains a fragile, un-reconciled state,... MORE
$24.95 – $39.95 Select options
Unmasking Terror Volume III brings together over 50 experts on terrorism, intelligence and security, providing unique information and objective analysis on recent developments within global terrorist groups.
$14.95 – $24.95 Select options
There is an outpouring of reporting on Russian activities in Syria, and to a lesser degree other countries in the Middle East and North Africa. But until now, there has been no single effort to analyze the totality of Russian objectives there as well as... MORE
$24.95 – $39.95 Select options
Pakistan’s Troubled Frontier is a gripping snapshot of the militants and movements threatening a region plunging into turmoil. This work represents an effort to examine the array of security issues threatening Pakistan’s volatile northwest frontier and should become an important reference for policy makers seeking greater... MORE
$24.95 – $34.95 Select options

The Jamestown Foundation is proud to present a virtual event to... END_OF_DOCUMENT_TOKEN_TO_BE_REPLACED

The September 2015 issue of Militant Leadership Monitor begins with a brief on Saqr Abu Qutaiba, the leader of a Syrian armed rebel group who would like to receive training and weapons from the United States. This is followed by a brief on Shaykh Saleh bin Farid bin Muhsin... END_OF_DOCUMENT_TOKEN_TO_BE_REPLACED