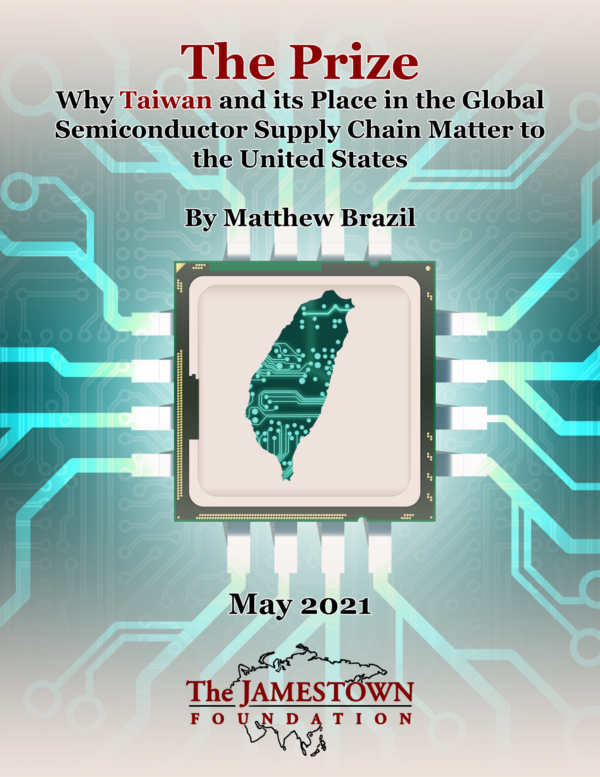 The Prize: Why Taiwan and its Place in the Global Semiconductor Supply Chain Matter to the United States

Taiwan has always played a vital role in strategic thinking on the defense of Japan and of the U.S.’s position in the western Pacific. As part of the “first island chain” that circles the Chinese coast, Taiwan would be geopolitically priceless to Beijing if under its control. Such a situation would reverse today’s assumptions about the security of Japan and other American allies in Asia, as well as accelerating China’s ascent toward global power.

International markets are also waking up to Taiwan’s position in the global semiconductor supply chain, which is critical for the manufacture of almost all technological products, including military systems. If disabled by war or isolated under Beijing’s control, the loss of Taiwan as a manufacturer of advanced computer chips would rock the world.

Even so, a comprehensive poll of elites in Southeast Asia shows a reluctance to support Taiwan in the event of outright confrontation with China. That includes not only a possible over-the-beach Chinese invasion of Taiwan, but also operations consisting of “all means short of war” meant to intimidate Taiwan into negotiating an accommodation with Beijing.

For Beijing, Taiwan exists as a constant existential threat and a rival to the legitimacy of the Chinese Communist Party’s (CCP) rule over a single China. CCP General Secretary and Chinese President Xi Jinping, appears to be unwilling to leave the Taiwan issue to be resolved by future generations, and has stated his aim to “resolv[ing] the Taiwan question” to broader goals of “national rejuvenation” by the centenary of China’s founding in 2049 (Xinhua, October 18, 2017). While time seems to be running out for Taiwan, the clock is also ticking for the CCP: it faces near-term demographic problems and growing competition in the Indo-Pacific with the United States and other countries.

Preserving Taiwan’s freedoms and the security of East Asia is in the hands of Washington, which must convince reluctant allies that collective action is necessary to prevent a hostile takeover of Taiwan and the geopolitical and economic hardships that would follow.

Matthew Brazil is a researcher and writer. He pursued Chinese studies as an undergraduate at UC Berkeley, as an Army officer with tours in Korea and NSA, and as a graduate student at Harvard in their Regional Studies East Asia program. After a stint as the China specialist for the Commerce Department’s Office of Export Enforcement, he was assigned as a Commercial Officer with the U.S. Embassy, Beijing, where he both promoted and controlled U.S. high technology exports to China.

Afterward, Matt spent 20 years as a security professional, performing investigations in China for a chip manufacturer, and leading the development of a security organization in China for an American specialty chemicals firm. His PhD dissertation at the University of Sydney (2013) described the place in the Chinese Communist Party of their intelligence organs. That and further research led to his contribution as the coauthor of Chinese Communist Espionage, An Intelligence Primer (2019). Matt has begun research on a second book intended to be an integrated narrative history of intelligence operations in the Chinese Communist movement.

Click on the PDF link below to read the full report:

The global natural gas industry is undergoing a historical shift away from overland pipeline deliveries of gas and gradually towards Liquefied Natural Gas (LNG), shipped by seaborne tankers designed to supply distant markets which cannot otherwise be supplied by traditional pipelines. Russia, the world’s largest... MORE
$15.00 – $20.00 Select options
During Secretary of Defense Robert Gates's visit to China in January 2011, he stressed the importance of solid military-to-military relations. As a result of this visit, the U.S. Air Force (USAF) and People's Liberation Army Air Force (PLAAF) will hopefully engage each other through military... MORE
$15.00 – $20.00 Select options
The ongoing struggle for control of Somalia is one of the world’s most complicated. With the country already effectively split into three parts, it may be too late to speak of a Somali nation. While the popular conception of this conflict pits al-Qaeda associated Islamists... MORE
$25.00 – $30.00 Select options
The tribal areas of Pakistan’s North-West Frontier Province (NWFP) fully deserve President Barack Obama’s description as “the most dangerous place in the world”.  This remote and inhospitable region is only nominally under Pakistan's administration and its Pashtun tribesmen have a long history of opposing outside... MORE
$15.00 – $20.00 Select options

The Jamestown Foundation is pleased to present the hybrid in-person... END_OF_DOCUMENT_TOKEN_TO_BE_REPLACED

On November 17, Jamestown Foundation Senior Fellow Olevs Nikers was interviewed by Romania-based outlet Veridica regarding, among other topics, the best possible outcome for the... END_OF_DOCUMENT_TOKEN_TO_BE_REPLACED

Violence in Iraq has declined since its civil war of 2005-2007 due to the implementation of the U.S. counterinsurgency strategy, Shi’a militia ceasefires, and the emergence of Iraq’s Awakening Movement. But as the U.S. military draws down its forces, Iraq remains a fragile, un-reconciled state, riddled with sectarian tensions... END_OF_DOCUMENT_TOKEN_TO_BE_REPLACED