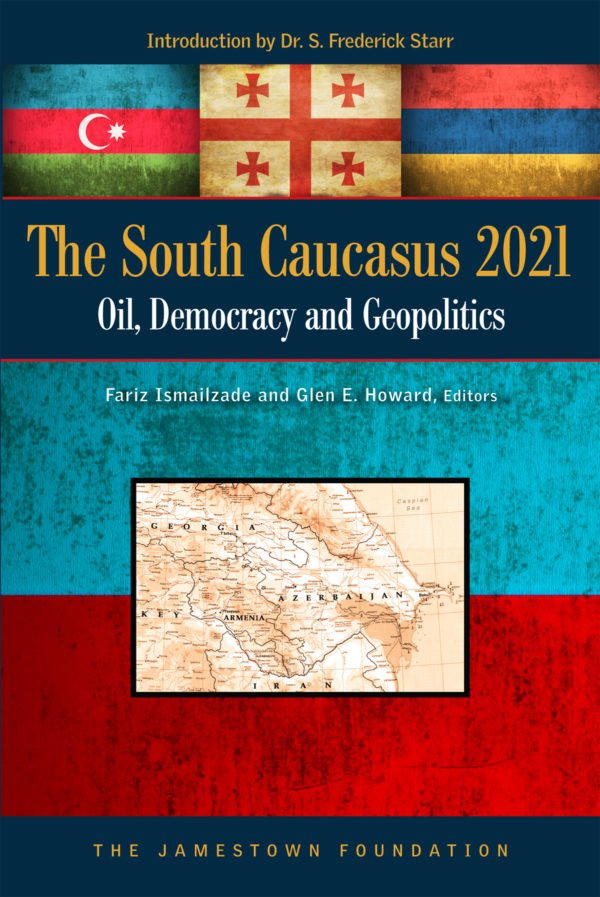 This product is out of stock.

A retrospective of the 20 years of independence experienced by the countries of the South Caucasus clearly demonstrates the difficulties involved in building a state and restoring an economy after more than 70 years of Soviet rule. Each one of the three post-Soviet republics of the South Caucasus – Azerbaijan, Georgia and Armenia – has chosen its own path of development; each is developing its own particular model of political, economic and socio-cultural transformation. At the same time, the security of the Caucasus region is in a state of profound flux, as is the security of each of the three states that comprise the South Caucasus. This volume presents research and insightful analysis of the aforementioned trends carried out by a collection of outstanding local and foreign experts from the areas of international relations, political science, economics and sociology.

The South Caucasus 2021: Oil, Democracy and Geopolitics addresses the most vital issues of the region, such as territorial conflicts, oil and natural gas resources, geopolitical complexities, pipeline politics, important analysis of the geopolitical risks for the next decades, geopolitics of the Caucasus-Caspian Basin, religion, demographic and migration prospects, and the policy course of the superpowers. Featuring chapters written by Dmitri Trenin, Udo Steinbach, Ariel Cohen, Mustafa Aydin, Robert M. Cutler and others, South Caucasus 2021 seeks to address not just where the region has been, but also where it is headed in terms of its security, intra- and extra-regional relations, as well as political and economic development. Therefore, the book is essential reading for students and researchers of post-Soviet history and Caucasus studies, sociology, Caspian Sea politics, political science and international relations, in addition to experts in the areas of energy and economic issues.

In Conflict Zones, Janusz Bugajski enhances our understanding of the causes and consequences of the current conflicts in the North Caucasus and extrapolates likely scenarios in the region’s development. He compares and contrasts conditions in the North Caucasus with the former Yugoslav federation in the... MORE
$20.00 – $25.00 Select options
China in Africa examines the complexity of China's engagement with the African continent. The book covers critical issues such as Chinese soft and hard power, energy and arms relations, and China's bilateral relations with African countries. Ultimately, this volume serves to assist in improving policymakers' understanding... MORE
$24.95 Select options
Unmasking Terror Volume III brings together over 50 experts on terrorism, intelligence and security, providing unique information and objective analysis on recent developments within global terrorist groups.   *Physical copies ship only inside the United States.
$14.95 Select options
The Battle for Yemen is a rare and comprehensive volume that tackles the facets of instability that currently plague Yemen. It offers a wealth of analysis and keen observations from the experts of The Jamestown Foundation, who have monitored the developments within Yemen since 2004.... MORE
$24.95 Select options

The Jamestown Foundation was proud to host a webinar on... END_OF_DOCUMENT_TOKEN_TO_BE_REPLACED

Jamestown Foundation Analyst Richard Arnold was interviewed by PolitiFact for a story on the Lie of the Year 2022, or Putin’s long list of lies... END_OF_DOCUMENT_TOKEN_TO_BE_REPLACED

In this Quarterly Special Report (QSR) on terrorism in post-Mursi Egypt, we focus on the changing nature of Egypt’s political transition and insurgency in the Sinai Peninsula. Since the military removed Muhammad Mursi from power, terrorism has escalated against both the military and civilians. The QSR begins with Muhammad... END_OF_DOCUMENT_TOKEN_TO_BE_REPLACED