From the start of the conflict in Syria, access to the conflict zone has only been possible from the Turkish side. The militants’ dependence on Turkey forced them to avoid spoiling relations with the Turkish government. Even if Ankara did not help the militants in Syria, at least it allowed non-state actors to help the Middle Eastern insurgents. However, since 2014, the West has increasingly criticized Turkish authorities for keeping the border with Syria open, which forced Ankara to tighten controls. To say that the Turkish government has sealed off the border would not do justice to the actual situation there, but some government controls have been introduced.

Thus, Turkey managed to avoid conflicts with the Islamic State (IS), as Turkish officials were not concerned about the organization’s influence in Syria and Iraq. The IS also did not attack Turkey until the organization started to suffer defeats and lose territory. However, in 2015, several explosions took place in various parts of Turkey, and investigators claimed that North Caucasians were behind the attacks (Mk.ru, March 17, 2015). It was the first sign that IS supporters among the large North Caucasian diaspora in Turkey were prepared to attack Turkey from within if the government obstructed their movement across the Turkish-Syrian border (Novaya Gazeta, July 2).

The suicide shooting and bombing attack at Istanbul’s international airport on June 28, 2016, was a typical operation by the IS, which is still strong enough to organize mass terrorist attacks. The fact that the perpetrators and organizers may have been Russian citizens points to the IS’s capabilities. However, it is unclear why the authorities assigned such a prominent role to a Chechen, Akhmed Chataev, in masterminding the attack (Meduza.io, June 30).

Chataev has a deeply negative reputation in the Chechen diaspora and is known as a “loser” who has failed in all his undertakings. Chataev no longer fought after he was badly injured and lost his arm in December 1999, soon after the start of the second Russian-Chechen war. Chataev then moved to Baku, where he lived until 2003. From Baku, Chataev moved back to Chechnya. When he realized that he could not stay in Chechnya without fearing for his life, he left the republic and went to Austria, where he received the status of a political refugee. In Europe, Chataev tried out various roles to stay relevant. Chataev represented Ichkeria under Abdul-Khalim Sadulaev and the Caucasus Emirate under Doku Umarov. He was the amir (head) of an IS-affiliated group during the fighting in Kobani, Syria, and Baiji, Iraq. While he had political refugee status, Chataev managed to be detained in five different countries—in Sweden in 2007–2009, Ukraine in 2010, Bulgaria in 2011, Georgia in 2012 and Turkey in 2015. Russia has tried in vain to get hold of Chataev ever since he left the country in 2003, accusing him of participation in illegal armed groups (Vz.ru, June 30).

These series of multiple arrests in various countries have made Akhmed Chataev famous, but hardly popular. The Chechen diaspora was angered by each of Chataev’s arrests and questioned his sanity. Chechens had many questions about Chataev’s operations transferring Chechens to Georgia and then on to Dagestan. Operations implemented by Chataev often ended in disaster, as members of these groups were killed. The first time was when a group of militants attempted to cross the border from Azerbaijan into Georgia, travel to Pankisi and then on to Chechnya in 2009. The second occasion occurred when Chataev tried to lead a group of militants via Georgia’s Lopota gorge. Most of the group’s members were killed at the Georgian-Russian border when they tried to cross into Dagestan (Kavkazsky Uzel, October 23, 2013).

Despite the fact that Akhmed Chataev lost all of the men in his group in the fighting for Kobani and Baiji, the Russian security services still claim that he oversees nearly the entire “Russian sector” of IS activities (Kommersant, January 29). In reality, he has been removed from all command positions since he lost all of his men on the battlefield. If Chataev is still active, his role is likely to be that of an aide to someone else. The militant has repeatedly proven that he is manifestly unable to be a leader.

The Islamic State, and its North Caucasian and Russian supporters, might be willing to target Turkey today to retaliate for making the border crossing harder. Even though the border is not completely sealed off, it is much more secure that it was two years ago. As pressure on the IS mounts and its territory shrinks, the organization is looking for ways to retreat. Turkey is the only country where they can retreat because they have support among Turkish radicals. According to the well-known BBC journalist Murad Shishani, who has watched the Chechens in Syria for a long time, the Chechens’ ardor to fight in Syria for the IS has significantly dampened. The journalist thinks that the IS is in decline, which makes it a much less attractive destination for the new recruits (Radiomarsho.com, July 1).

What then are the militants already in Syria supposed to do? The IS-affiliated militants know that almost all of their identities are likely known, and they will hardly be able to live underground in Turkey any longer. Hence, it is quite possible they may launch more attacks inside Turkey in order to force the Turkish government to allow the militants to move across the border to Syria more freely.

If it is confirmed that Akhmed Chataev was behind the terrorist attack in Turkey, it would indicate that the IS threat is replacing the Kurdish terrorist threat as the leading danger to Turkey’s domestic security. The militants are trying to stir chaos in the country in order to ensure their own safety. 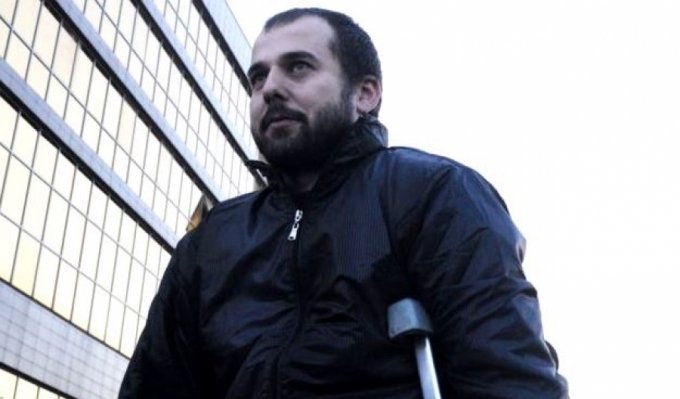 Back
Putin Makes Promises on Confidence-Build..Next
A Change in Turkish-Russian Relations: W..

The Jamestown Foundation is proud to present a webinar on China’s... END_OF_DOCUMENT_TOKEN_TO_BE_REPLACED

On May 18, Senior Fellow Janusz Bugajski participated in a panel hosted by the European Conservatives and Reformists Group in the European Parliament, titled “The... END_OF_DOCUMENT_TOKEN_TO_BE_REPLACED