The end of the six-year diplomatic stalemate between Israel and Turkey, announced on June 27 (Hurriyet Daily News, June 28), also heralded a shift on another front. Seven months after the start of the crisis in Turkish-Russian relations, a second letter from the Turkish leadership addressed to the Kremlin (the first one was sent in early June) has finally opened the way toward rapprochement (Hurriyet Daily News, TASS, June 27).

By sending a letter to the Russian leadership, Ankara fulfilled the first condition for normalizing relations with Moscow: an apology to the family of the Su-24 jet pilot who was killed after his plane was shot down by a Turkish F-16 for straying into Turkey’s airspace last November. Russia’s second condition had been met a few days prior to the letter, when a Turkish court reopened an investigation into the main suspect behind the downing of the Russian jet (Hurriyet Daily News, June 26). The suspect had previously been released due to “insufficient evidence.” The third condition—compensation for the Russian pilot’s family—is currently under review by the Turkish government.

In a practical, positive step stemming from the normalization of ties, Russia lifted its tourism-related restrictions against Turkey (TASS, June 30). This was incorrectly regarded as a significant factor in the Turkish leadership’s decision to rapidly meet Moscow’s demands. Indeed, the apology was damaging to Turkish President Recep Tayyip Erdoğan’s image, particularly since in his earlier statements he had repeatedly ruled out this move. Therefore, the economic rationale is an over-simplification of the situation; in fact, the impact of Russia’s boycott was less damaging to Turkey’s tourism sector than the effect of the multiple terrorist attacks that struck Turkish soil in recent months. Moreover, the economic crisis in Russia has also played a role in reducing the flow of Russian tourists into Turkey. According to Turkish Economy Minister Mustafa Elitash, Ankara had expected a 10 percent decrease in the number of tourists for 2016; in 2015, Russian tourists numbered 4.5 million (Aksam, February 14). But these estimates seriously understated the slump, which ended up costing the Turkish tourism sector around $3.5–4 billion in losses. Overall, Russia’s exports to Turkey have decreased by 43 percent, and imports from Turkey decreased by 80–85 percent (RBC, June 28). Still, economic factors cannot fully explain the Turkish-Russian reconciliation. Rather a whole host of reasons led Moscow and Ankara to soften their approaches in recent weeks.

Russia first signaled its willingness to relax tensions during President Vladimir Putin’s visit to Greece, at the end of May, when he announced that Moscow would like to resume relations with Ankara. This was probably the result of Turkey’s tacit concessions on a number of sensitive security issues that irritated Moscow—particularly, the call by a few North Atlantic Treaty Organization (NATO) members for greater Alliance military activity in the Black Sea. Notably, Romania had called for regular multinational naval patrols in the Black Sea and sought to add this issue to the Warsaw Summit (July 8–9) agenda. The Turkish president was quick to support Bucharest during his speech at the 10th Balkan Countries Chiefs of Defense Conference, in May (Tccb.gov.tr, May 11). To be sure, Erdoğan’s statement did not signify a change in policy vis-à-vis the militarization of the Black Sea. The Montreux Convention agreement (1936) imposes certain limits on military passage through the Turkish Straits, and changes are not possible without Russia’s approval. But it would be possible to have multinational forces using the Black Sea on a temporary basis. That said, Turkey’s signal was important because Moscow had habitually taken for granted that Ankara would always follow a balancing approach in regard to NATO strengthening its capabilities in the Black Sea. Nonetheless, Turkey did maintain its balance policy in many other regards, such as by refraining from joining Western sanctions against Russia. It is, thus, not a coincidence that the next meeting between Putin and Erdoğan is scheduled for late August or early September, a sign of that Russia will carefully observe Ankara’s position during NATO’s Warsaw Summit to see whether Turkey’s position has indeed changed or not.

Beyond this, the energy component has been important in keeping Moscow at the table. Russia has failed to develop a new energy export route to Europe despite several attempts. Turkey’s importance in this regard remains paramount, specifically in relation to Moscow’s plan to build natural gas pipeline that runs via the Black Sea to Southeastern Europe (the so-called Turkish Stream—see EDM, March 23).

Turkey’s changing rhetoric toward Russia is also a direct consequence of Ankara’s unmet expectations regarding the Syria conflict. Turkey’s disappointment with the United States’ policy in Syria has increased with time, especially considering Washington’s continued support for the Kurdish fighters of the People’s Protection Units (YPG) in Syria. Ankara sees this group as an affiliate of the Kurdistan Workers’ Party (PKK) terrorist organization (Daily Sabah, 12 June).

Since the Su-24 crisis, Russia has also lent political support to the YPG, by allowing them to open an office in Moscow. This position is game changer for Turkey. However, Moscow’s support for the YPG has so far not been logistical or military, unlike what Turkey’s Western allies have provided. Thus, the rapprochement with Russia is partially aimed at gaining support from Moscow for Ankara’s position in this regard. In return, Turkey has offered to refrain from supporting groups in Syria that Russia considers terrorists; notably Ankara has changed its stance toward the al-Nusra Front (Sputnik News, July 2).

Beyond the Syria issue, Turkey’s allies in the South Caucasus and Central Asia are themselves in a hard situation, trying not to irritate Moscow but wanting to show Turkey their support (see EDM, December 7, 2015; January 19, 2016; February 24, 2016). The improvement in Ankara-Moscow relations is unlikely to bring substantial changes to Turkey’s policies in the South Caucasus or Central Asia. The only likely change will be that the regional countries will not need to tip-toe around their larger neighbors to the same degree.

The Turkish-Russian crisis emerged out of miscalculations and misplaced expectations by both sides. The recent shift toward a positive discourse was driven by both Moscow and Ankara, and the timeline for full normalization will become clear over the next couple of months, leading up to the presidential meeting. Until then, it is premature to talk about a return to the days of close cooperation. 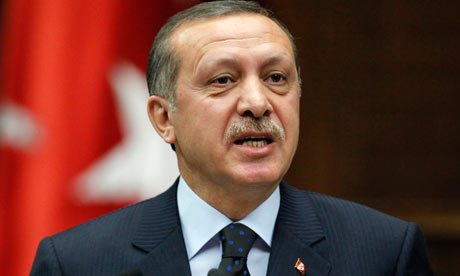