Russia is working hard to resolve the Armenian-Azerbaijani conflict over Karabakh, Russian foreign ministry spokesperson Maria Zakharova told reporters in Yerevan, on July 4 (Trend, July 4). Her statement alluded to that day’s meeting held between Armenian Foreign Minister Edward Nalbandian and his Russian counterpart, Sergei Lavrov, on the sidelines of the Council of Ministers of Foreign Affairs of the Collective Security Treaty Organization (CSTO). Specifically, Lavrov and Nalbandian had discussed the steps being undertaken to implement the agreements on resolving the Karabakh conflict, which were reached earlier this year in Vienna and St. Petersburg (Mfa.am, July 4).

Hosted by Russian President Vladimir Putin on June 20, the St. Petersburg summit brought together Azerbaijani President Ilham Aliyev and Armenian President Serzh Sargsyan. According to the Joint Statement adopted at the conclusion of this meeting, the heads of state expressed their commitment to the normalization of the situation along the Line of Contact (LoC), to be achieved through increasing the number of international observers working in the conflict zone. Moreover, all sides agreed to the creation of suitable conditions for ensuring sustainable progress in talks aimed at achieving a political settlement of the Karabakh conflict (Trend, June 20).

This St. Petersburg summit was a continuation of Russia’s stepped-up efforts at mediation of the Karabakh conflict. In the wake of the early April 2016 clashes between Armenian and Azerbaijani troops along the LoC (the so-called “four-day war”), a Russian initiative helped the two sides reach an agreement on a ceasefire on April 5. Some regional experts have thus pointed to Moscow’s role in calming tensions between the sides and intensifying the process of further negotiation (see EDM, May 2). Though not all believe Russia was acting entirely selflessly (see EDM, April 6, May 5).

The May 16 Vienna meeting, arranged at the initiative of the United States, drew together the foreign ministers of the Minsk Group mediating countries—Sergei Lavrov of Russia, John Kerry of the United States and Jean-Marc Ayrault of France. Notably, the Vienna summit was also the first face-to-face meeting between the Armenian and Azerbaijani presidents following the serious violence in Karabakh in early April (APA, May 16). Aliyev and Sargsyan discussed and agreed on a number of issues, namely: the finalization of an Organization for Security and Cooperation in Europe (OSCE) investigative mechanism for violent incidents; the expansion of the existing Office of the Personal Representative to the conflict of the OSCE Chairperson-in-Office; the continuation of the exchange of data on missing persons under the auspices of the Red Cross, to which the presidents committed during the Paris summit of October 2014; and the organization of a subsequent round of talks, to be held in June with the aim of resuming negotiations on a comprehensive settlement (Osce.org, May 16).

The subsequent St. Petersburg meeting provided a forum not only for expanding the OSCE monitoring mission and installing a mechanism for investigating ceasefire violations, but also to later discuss certain elements of the future comprehensive agreement. After this meeting was held, both sides viewed it as a positive event. In this context, President Aliyev underlined his hopes that the process will continue at an accelerated pace and that negotiations will be substantive, meaningful and not simply carried out for the sake of appearances (APA, June 25).

Typically, the Armenian side has been more interested in expanding the OSCE monitoring mission and installing mechanisms for investigating ceasefire violations than in discussing the details of a comprehensive peace agreement. However, according to Aliyev there is no need for such a mechanism if will only result in freezing the conflict. Rather, he noted, greater international monitoring of the conflict zone will be possible when a positive dynamic becomes noticeable in the talks and when Azerbaijani territories are no longer occupied (Trend, June 26). In his remarks, the Azerbaijani president reiterated that a stage-wise settlement is the most suitable way forward to resolve the Karabakh conflict (Trend, June 26). The status of the separatist region, he argued, is a matter for the future and a certain status for Karabakh could be granted, but it must not violate the territorial integrity of Azerbaijan (APA, June 25).

Meanwhile, in an interview with Radio Vatican, Armenian President Sargsyan stated that the Karabakh conflict should be settled by exclusively peaceful means. He further stressed the need to find the best possible option for the people of Karabakh—not for Azerbaijan or Armenia (Arminfo.am, June 26).

The future of the people of Karabakh is, indeed, recognized as a core issue of this prolonged armed conflict. However, today, the decimated Azerbaijani towns and villages of the former Nagorno-Karabakh Autonomous Oblast (NKAO) and the seven adjacent occupied territories of Azerbaijan have been abandoned by their previous Azerbaijani populations; these areas are now inhabited almost exclusively by ethnic Armenians (see EDM, May 2). Thus, the fate of ethnic Azerbaijanis, who are also from Nagorno-Karabakh, should not be forgotten. The nonviolent settlement of this conflict—in which representatives of both the Armenian and Azerbaijani communities of Karabakh can once again coexist peacefully—will undoubtedly require the joint efforts of the mediators as well as the parties to the conflict.

In the aftermath of the April 2016 four-day war, Russia’s recent active mediation efforts brought new and arguably positive developments for the Karabakh conflict resolution process. Moscow also played a crucial role in achieving a ceasefire agreement between the conflicting sides in 1994. However, a results-oriented rather than process-oriented mediation will be of paramount importance in order to revitalize the negotiation process and contribute to the further resolution of this armed conflict. Otherwise, a renewed outbreak of violence, leading to further armed clashes, may be inevitable. 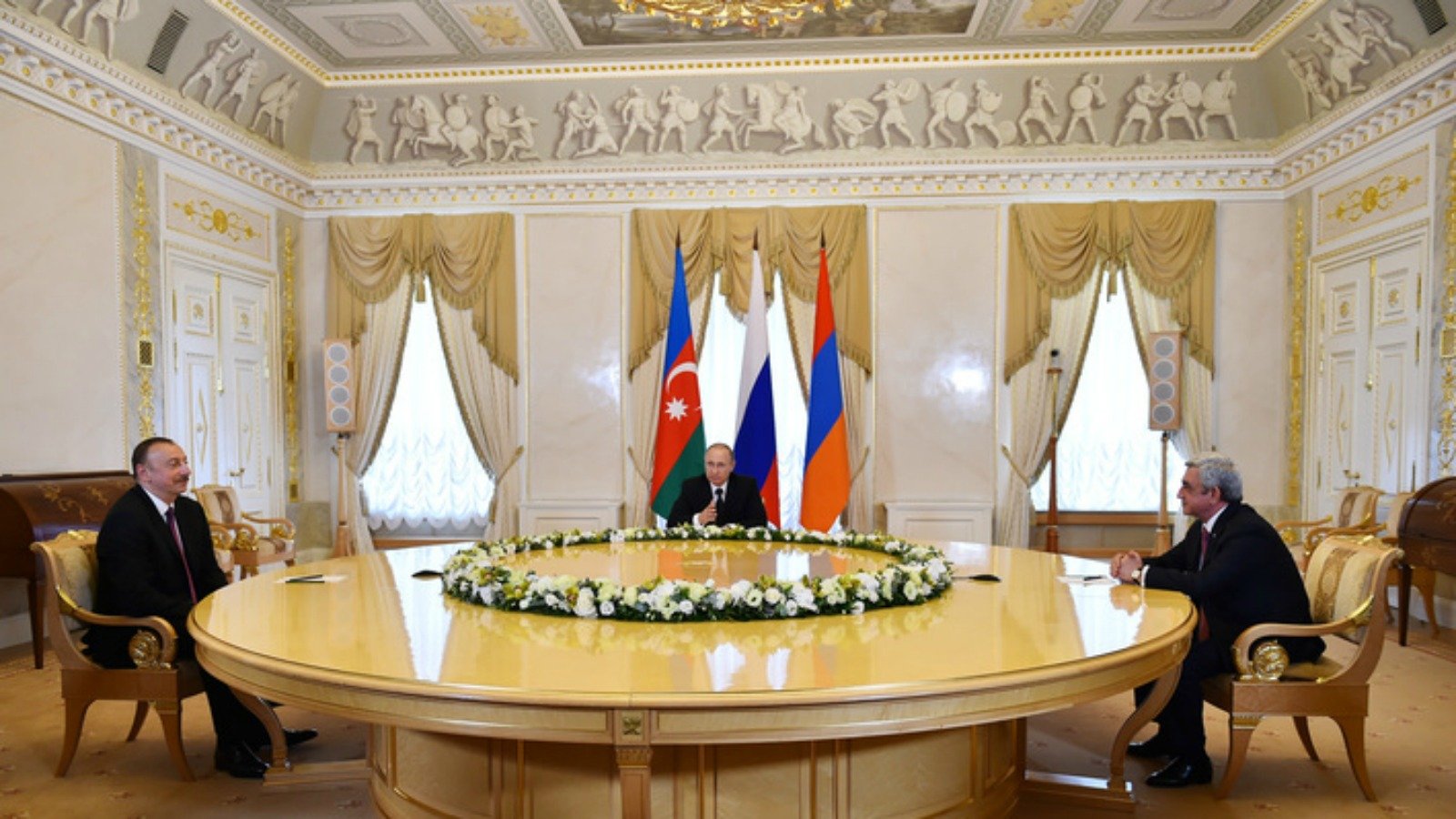 Back
A Change in Turkish-Russian Relations: W..Next
John Kerry’s Unwelcome Message in Ukra..